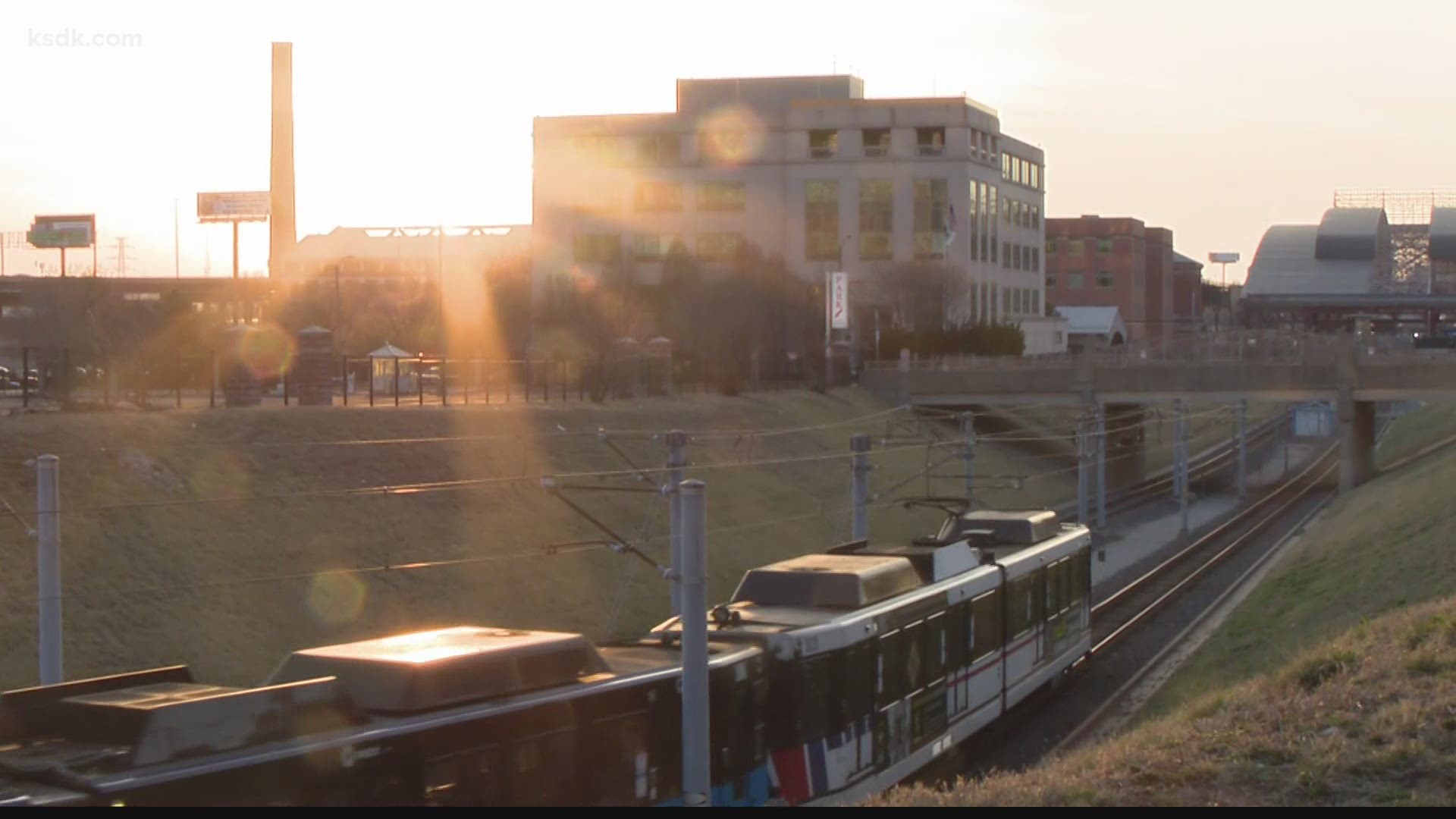 The bill moves to the Missouri Senate after it passed the House with a 124-32 vote on Monday.

"Right now, we have a public transit system that is a little dangerous and a little iffy. People are getting assaulted," said the bill's sponsor Adam Schnelting.

Back in December, a man was shot and killed on a MetroBus in north St. Louis County.

Witnesses told police two men got into an argument on the bus when one of the men pulled out a gun and shot the other.

"Some of the people that this hurts the most are folks in our urban areas and inner cities who rely on that transportation system. They ought to defend themselves if they are in a sticky situation," Schnelting said.

Schnelting is a Republican House member who represents portions of St. Peters and St. Charles in St. Charles County.

St. Louis Sheriff Vernon Betts is all for the bill, as some of his deputies also work with Metrolink.

Back in early February, Betts said more needs to be done to keep riders safe, after the death of a MetroLink security guard.

"The reason I am for this bill is because we know that you already have people carrying guns on public transportation because St. Louis sheriff deputies have taken several guns off of people," Betts said.

"If they are already carrying, we should level the playing field and let law-abiding citizens do the same," he said.

But not everyone is on board.

"Concealed carry is not a reasonable assumption in a transit environment, just like it isn't reasonable at stadiums or in any massive crowd situation. The Board of Commissioners at Bi-State Development does not support legislation in Missouri or in Illinois that would allow Metro Transit passengers to carry weapons of any kind, open or concealed, even with a conceal carry permit, on Metro vehicles or on Metro property. As a normal course of business, we are discussing these policy issues with our lawmakers, and state senators in the St. Louis area are concerned about the negative impacts of this proposed legislation.”

He thinks this could steer us to more problems.

"There are a lot of mentally ill people that ride the bus and the general public is not trained to recognize these people. I think we have to stop this idea of thinking of stopping a guy with a gun with another gun. There are other options," said Price, whose district encompasses part of St. Louis.

"We need to be strongly opposed to this. If we make it easier to carry guns and easier in public places, it only creates a danger to innocent bystanders," he said.

Williams said he has the most public transportation stops in the region and he thinks this could create worries.

"We have students from Washington University, UMSL, who use this every day, we have people going to work and to think now that they are worried for their life because someone is carrying a firearm," he says.

Currently Missouri has some of the more relaxed gun laws in the country. Ideally everyone carrying a weapon in our city should be required to have a permit. The fact that a gun permit is currently not required in our city contributes significantly to the gun violence we see on daily basis.

This bill now heads to the Senate.

If it passes, it would then make its way to Governor Mike Parson to sign into law.