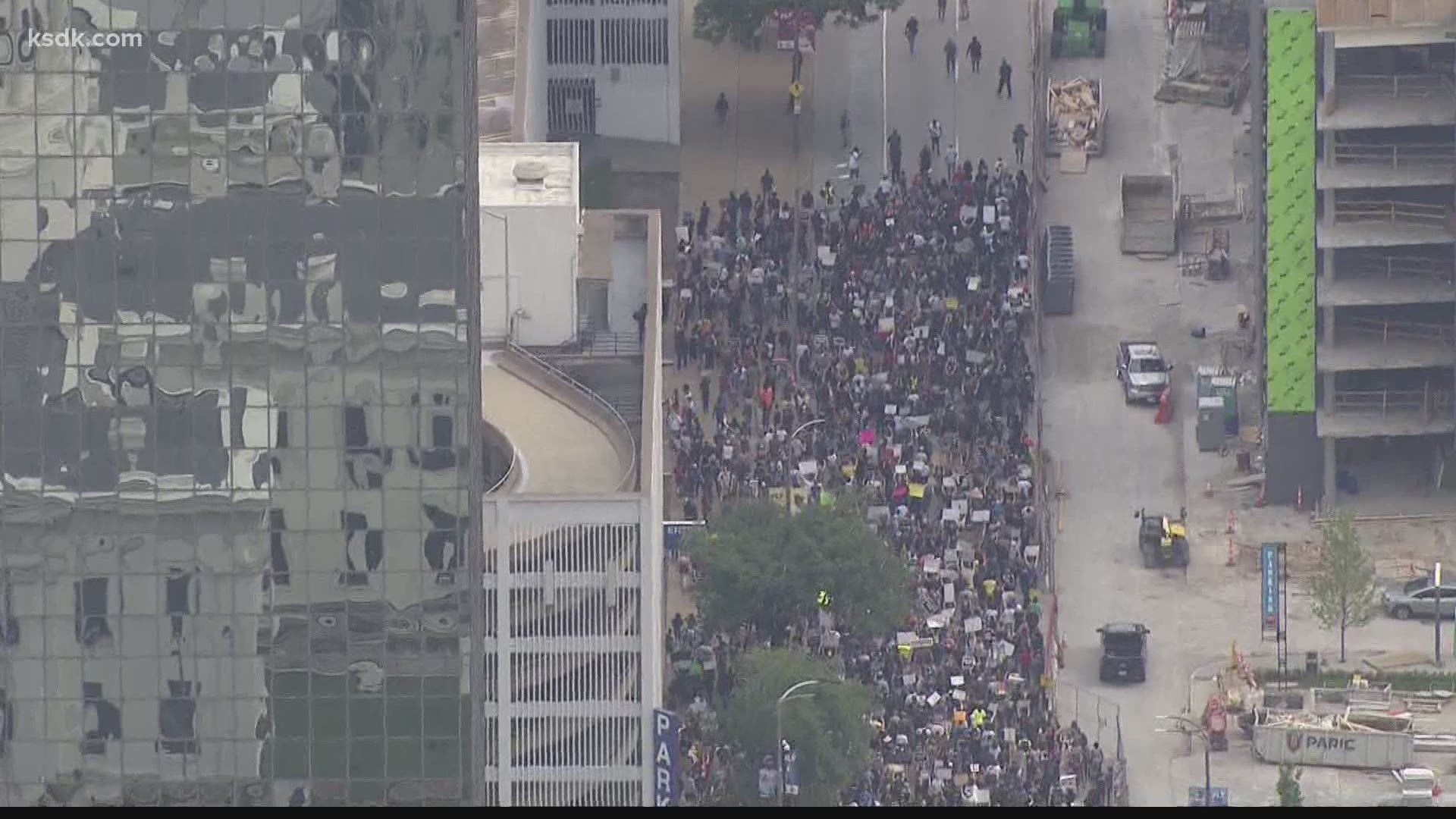 JEFFERSON CITY, Mo. — Missouri's Republican-led House on Tuesday passed legislation to crack down on protesters who block roadways after amending the measure to cram in provisions from dozens of other loosely related bills.

The main bill, approved 98-50, would make it a felony to repeatedly block traffic without permission, a tactic that has been used to draw attention to racial injustice.

Republican bill sponsor Sen. Bill Eigel has said he thought of the idea after protesters angered by the death of George Floyd blocked traffic on Interstate 70 in the St. Louis area last summer. He's argued that blocking highways puts protesters and drivers in danger.

St. Louis Democratic Rep. LaKeySha Bosley during the debate on the House floor said lawmakers need to address the root issues that pushed Missourians to take to the streets.

She said the bill's Tuesday passage instead shows that the Legislature is trying to stifle protests.

“We are telling them time and time again that we are upset that you're disrupting our happy little lives, that you are telling us and showing us our inequities and how wrong we are," Bosley said.

The legislation also would require offenders who commit dangerous felonies against police, firefighters or other first responders to serve their full sentence without the opportunity for probation.

Lawmakers on Tuesday added provisions ranging from a ban on police use of chokeholds to allowing concealed firearms in places of worship without the permission of religious leaders.

The tactic of packing multiple bills into an omnibus package is commonly used by lawmakers near the end of session, which this year is May 14.

The goal is to squeeze in as many priorities as possible in hopes that the primary bill will make it across the finish line, carrying the other measures to success.

The House’s extensive additions almost certainly guarantee that the bill’s Senate sponsor will ask to strip some of the new provisions from the measure before it goes back to the House and Senate for a final vote.

Among other things, the bill also would: