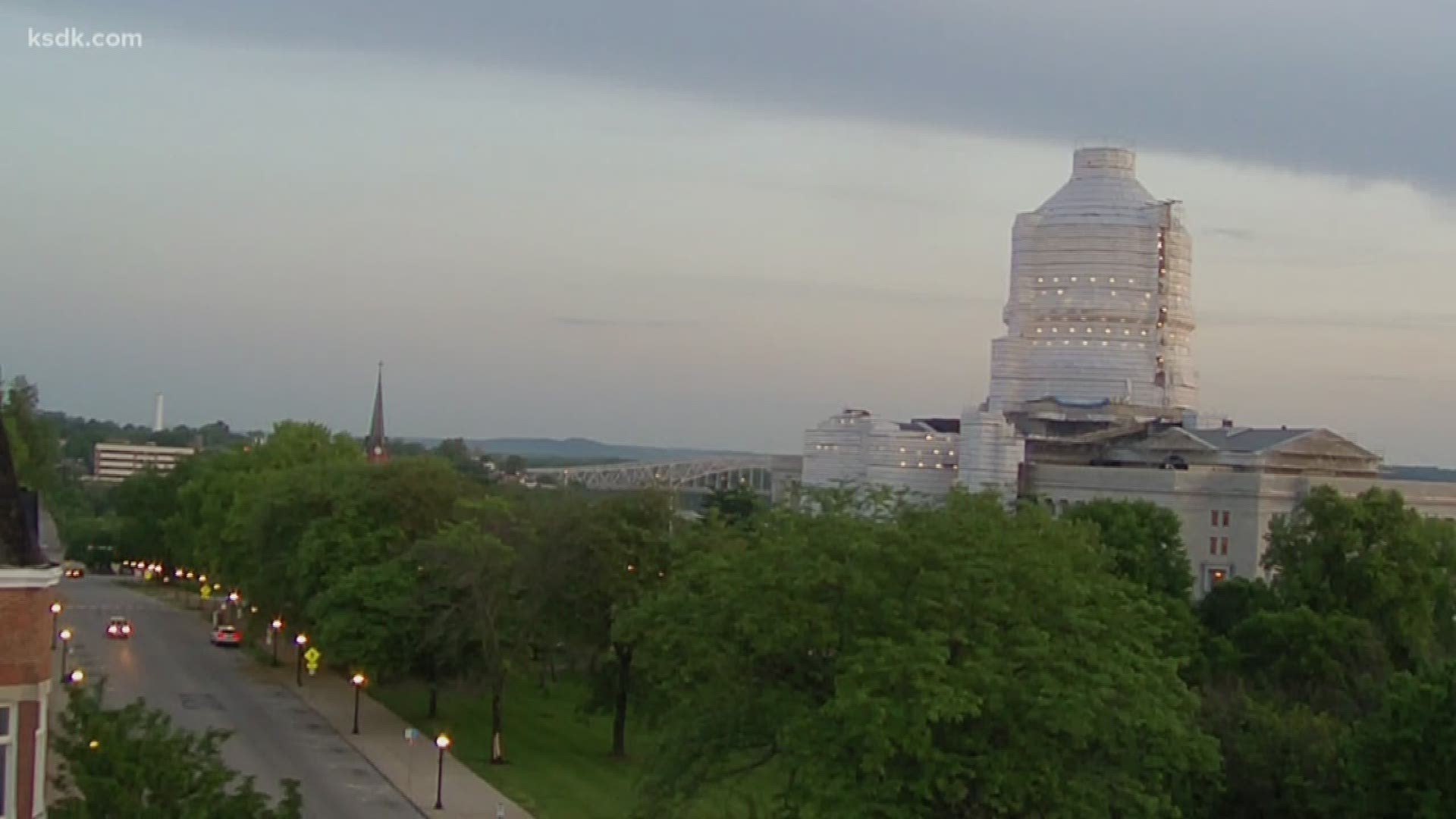 Senators approved the legislation 24-10 early Thursday with just hours left before a Friday deadline to pass bills. It needs at least one more vote of approval in the GOP-led House before it can go to Republican Gov. Mike Parson, who voiced support for it on Wednesday.

Parson called on state senators to take action, joining a movement of GOP-dominated state legislatures emboldened by the possibility that a more conservative Supreme Court could overturn its landmark ruling legalizing the procedure. Their vote came only hours after Alabama's governor signed the most stringent abortion ban in the nation on Wednesday, making performing an abortion a felony in nearly all cases.

The Missouri proposal includes exceptions for medical emergencies, but not for pregnancies caused by rape or incest. Doctors would face five to 15 years in prison for violating the eight-week cutoff. Women who receive abortions at eight weeks or later into a pregnancy wouldn't be prosecuted.

Outnumbered Senate Democrats launched into an attack on the bill before Republican supporters had a chance to bring it up for debate on the Senate floor.

"So much of this bill is just shaming women into some kind of complacency that says we are vessels of pregnancy rather than understanding that women's lives all hold different stories," St. Louis-area Democratic Sen. Jill Schupp told colleagues. "We cannot paint with a broad brush and interfere by putting a law forward that tells them what they can and cannot do."

Missouri is among a growing number of states where abortion opponents are working with renewed enthusiasm following President Donald Trump's appointment of more conservative high court justices. Kentucky, Mississippi, Ohio and Georgia have approved bans on abortion once fetal cardiac activity can be detected , which can occur in about the sixth week of pregnancy. Similar restrictions in North Dakota and Iowa have been struck down in court.

Supporters say the Alabama bill is intentionally designed to conflict with the 1973 Roe v. Wade decision that legalized abortion nationally in hopes of sparking a court case that might prompt the justices to revisit abortion rights.

Missouri's bill also includes an outright ban on abortions except in cases of medical emergencies. But unlike Alabama's, it would kick in only if Roe v. Wade is overturned.

If courts don't allow Missouri's proposed eight-week ban to take effect, it includes a ladder of less-restrictive time limits ranging from 14 to 20 weeks. Roe v. Wade legalized abortion up until viability, usually at 22 to 24 weeks.

Other provisions in the wide-ranging abortion bill include a ban on abortions based solely on race, sex or a "prenatal diagnosis, test, or screening indicating Down Syndrome or the potential of Down Syndrome."

The bill would also require that both parents be notified for a minor to get an abortion, with exceptions. A change made after hours of late-night negotiations means written notification is only required if the second parent has joint legal or physical custody of the minor.

Current law requires written consent from only one parent.

Alabama Senate votes to ban nearly all abortions in the state