The Trump administration is telling states to pay out February's $4.8 billion in benefits on or before Jan. 20. 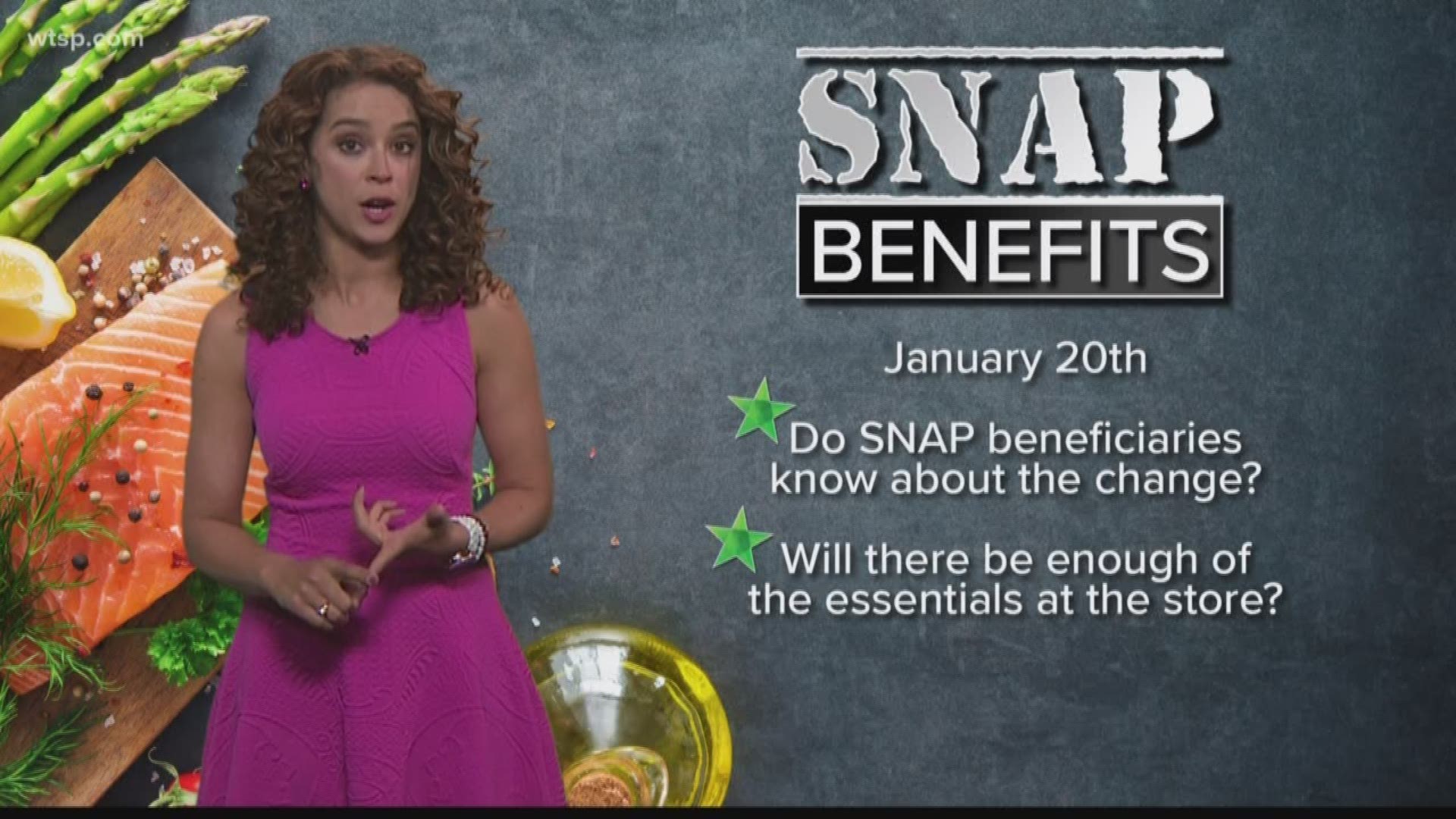 Florida's food stamp recipients will get their February benefits despite the partial federal government shutdown. However, they won't be spread out the way they normally are.

Eligible customers of the Supplemental Nutrition Assistance Program (SNAP) will get all their benefits for next month on Jan. 20, 2019.

The lump sum payment will happen in place of February's regular deposit schedule, which is underway as normal in January.

Currently, SNAP customer pickup dates are spread throughout each month to allow grocery stores to spread out inventory. However, the government shutdown is shaking up that concept.

Related: Which cities have the most people on food stamps?

Not enough money for March

Nearly 40 million Americans are in the SNAP program.

Agriculture Secretary Sonny Perdue has told all states to issue February's benefits on or before Jan. 20.

The Trump administration is able to clear February's SNAP benefits early because the roughly $4.8 billion price tag has already been set aside through the expiring government spending bill.

However, if the shutdown runs until March, the United States Department of Agriculture would have to dip into reserve funds. Right now, it only has $3 billion in contingency money -- not enough to cover the whole month.

Previous: USDA: Food stamps will be funded through February

Can grocers handle the sudden surge?

According to Politico, SNAP purchases make up almost 10 percent of grocery business each year in the United States.

In 2017, the average SNAP household received about $254 a month, and the average recipient got approximately $126 a month, according to the Center on Budget and Policy Priorities. That amounts to roughly $1.40 per meal.

"The benefit formula assumes that families will spend 30 percent of their net income for food," the center wrote on its website.

Researchers say the average household redeems more than three-quarters of its SNAP allotment within the first two weeks of getting the money. So, having February's benefits approximately two weeks before the month begins could be challenging for families who have trouble budgeting.

If you have questions about your SNAP benefits, click here.

What other people are reading: