Josh Hawley megadonor calls for him to be censured, calls him 'anti-democracy' 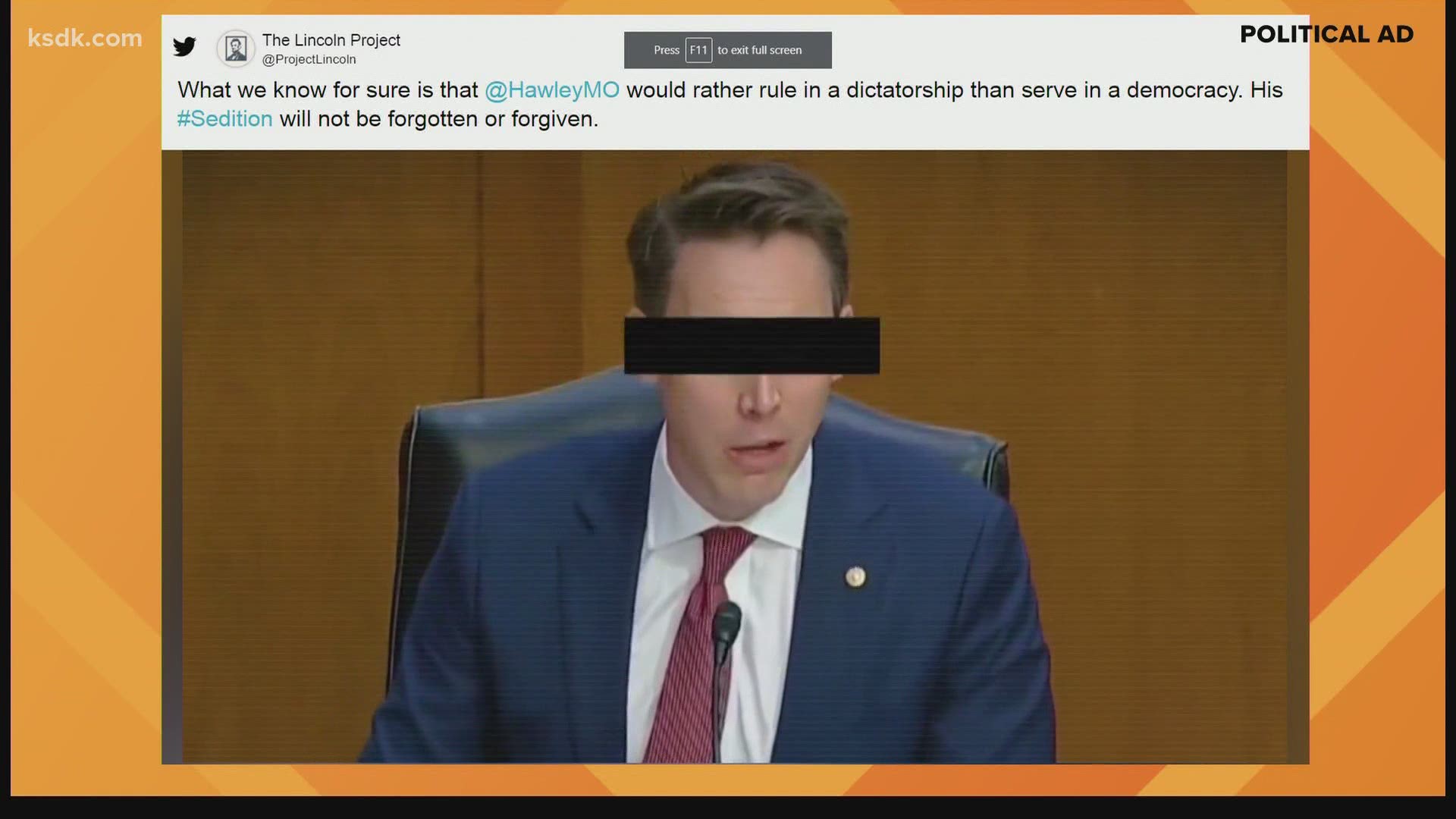 ST. LOUIS — A Joplin, Missouri, businessman who donated more than $1 million to help Josh Hawley get elected in 2018 said the senator should be censured, the Missouri Independent reported Thursday.

In a statement to the online outlet, David Humphreys, president and CEO of Tamko Building Products, joined a growing list of local Republicans condemning Hawley for his actions Wednesday.

Humphreys called on the U.S. Senate to censure Hawley “for provoking yesterday’s riots in our nation’s capital.”

Humphreys and his family have donated millions of dollars in support of Republicans in the state of Missouri prior to 2020. He donated nearly two million dollars to independent groups that supported Hawley's campaign in his race against incumbent Claire McCaskill.

“In October 2016 I publicly voiced my opposition to Donald Trump in the NY Times saying ‘At some point, you have to look in the mirror and recognize that you cannot possibly justify support for Trump to your children…’

“I need to say the same about Missouri’s U.S. Sen. Josh Hawley, who has shown his true colors as an anti-democracy populist by supporting Trump’s false claim of a ‘stolen election.’ Hawley’s irresponsible, inflammatory, and dangerous tactics have incited violence and further discord across America. And he has now revealed himself as a political opportunist willing to subvert the Constitution and the ideals of the nation he swore to uphold.

“Hawley should be censured by his Senate colleagues for his actions which have undermined a peaceful transition of power and for provoking yesterday’s riots in our nation’s capital. We owe it to our children and grandchildren to protect our country and its Constitutional underpinnings.”

Hawley did not respond to the Missouri Independent's request for comment. Earlier in the day, he did respond to calls for his resignation with the following statement.

“I will never apologize for giving voice to the millions of Missourians and Americans who have concerns about the integrity of our elections. That’s my job, and I will keep doing it.”

Humphreys' statement came on the same day publisher Simon & Schuster announced that they would cancel the publication of Hawley's upcoming book.

"After witnessing the disturbing, deadly insurrection that took place on Wednesday in Washington, D.C., Simon & Schuster has decided to cancel publication of Senator Josh Hawley’s forthcoming book, THE TYRANNY OF BIG TECH," the publisher said in a statement. "We did not come to this decision lightly. As a publisher it will always be our mission to amplify a variety of voices and viewpoints: at the same time we take seriously our larger public responsibility as citizens, and cannot support Senator Hawley after his role in what became a dangerous threat to our democracy and freedom."

Thursday evening, Hawley called the publisher part of the "woke mob". He accused them of assaulting the First Amendment and said he would see them "in court".

My statement on the woke mob at @simonschuster pic.twitter.com/pDxtZvz5J0

Also on Thursday, former Missouri Senator John Danforth told the Kansas City Star choosing Hawley as his protégé was "the biggest mistake" he's ever made.

In a tweet, Shamed Dogan — a Republican who represents parts of St. Louis County in the Missouri House of Representatives — said he regretted voting for Hawley.

I have never regretted a vote as much and as quickly as my vote for @HawleyMO in 2018. His refusal to accept the legitimacy of Joe Biden's election, even after today's violence, is an embarrassment. Thanks @RoyBluntMO & @RepAnnWagner for doing the right thing.

Politicians from the other side of the aisle also called for Hawley's resignation, including Missouri Congresswoman Cori Bush, Alexandria Ocasio-Cortez and Joaquin Castro.