Quinnipiac University pollsters asked registered voters across the U.S., "If the election was today, who would you vote for?" – and the majority said a Democrat. 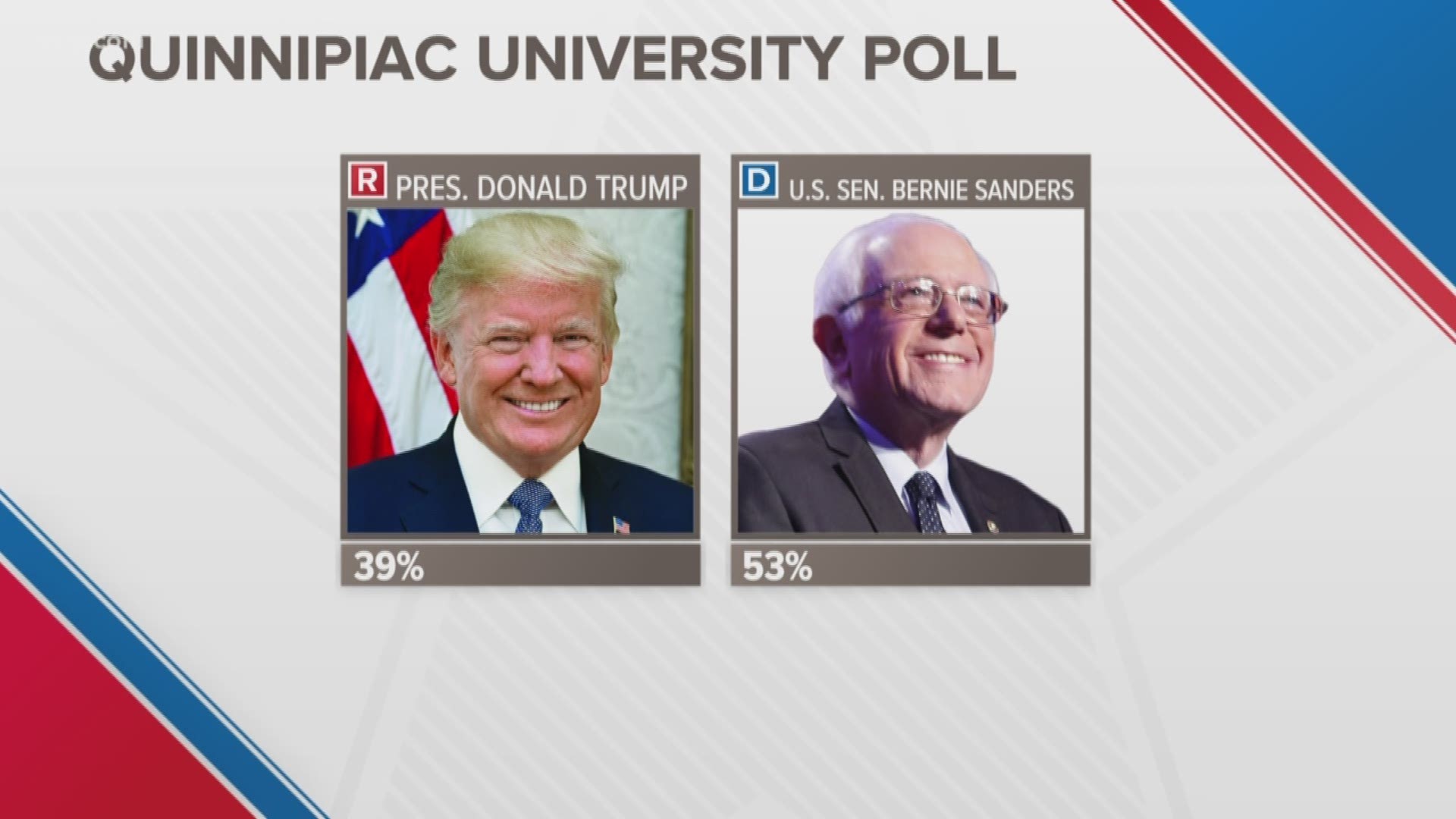 AUSTIN, Texas — A new poll released Wednesday shows Democrats have a lot of momentum in the race for president – and the top five Democrats in the race would beat President Donald Trump.

The Quinnipiac University poll presented 1,400 registered voters across the country with hypothetical match-ups and asked, "If the election was today, who would you vote for?"

In the match-up between former Vice President Joe Biden and President Trump, 54% of voters selected Biden versus 38% who said they'd vote for the president.

If Senator Bernie Sanders were the candidate, he tops the president 53% to 39%.

Senator Elizabeth Warren got 52% of the vote in the poll to President Trump's 40%.

Seth Moulton to drop out of Democratic primary race

The pollsters found California Senator Kamala Harris would beat the president 51% to 40%.

Polling analysts said one of the interesting things about these hypothetical match-ups is President Trump didn't get more than 40% of the vote in any of them – and 40% is about what they found his job approval rating to be.

"In 2016, President Trump won 46% of the vote. So, taking a look at the level of support he has, it's a long way to go. We don't know who the Democrat will be that he will face, but taking a look this early on, it is a tough place to start," said Mary Snow, a polling analyst for Quinnipiac University Poll.

While voters won't decide on a Democratic challenger until 2020, the poll reports Biden is leading the pack with support from 32% of Democratic voters.

WATCH: Third Democratic presidential debate to be hosted in Houston