Not everyone was excited to see the Senator take the stage, including a group of pro-life supporters that came outside of Delmar Hall to let their voices be heard. 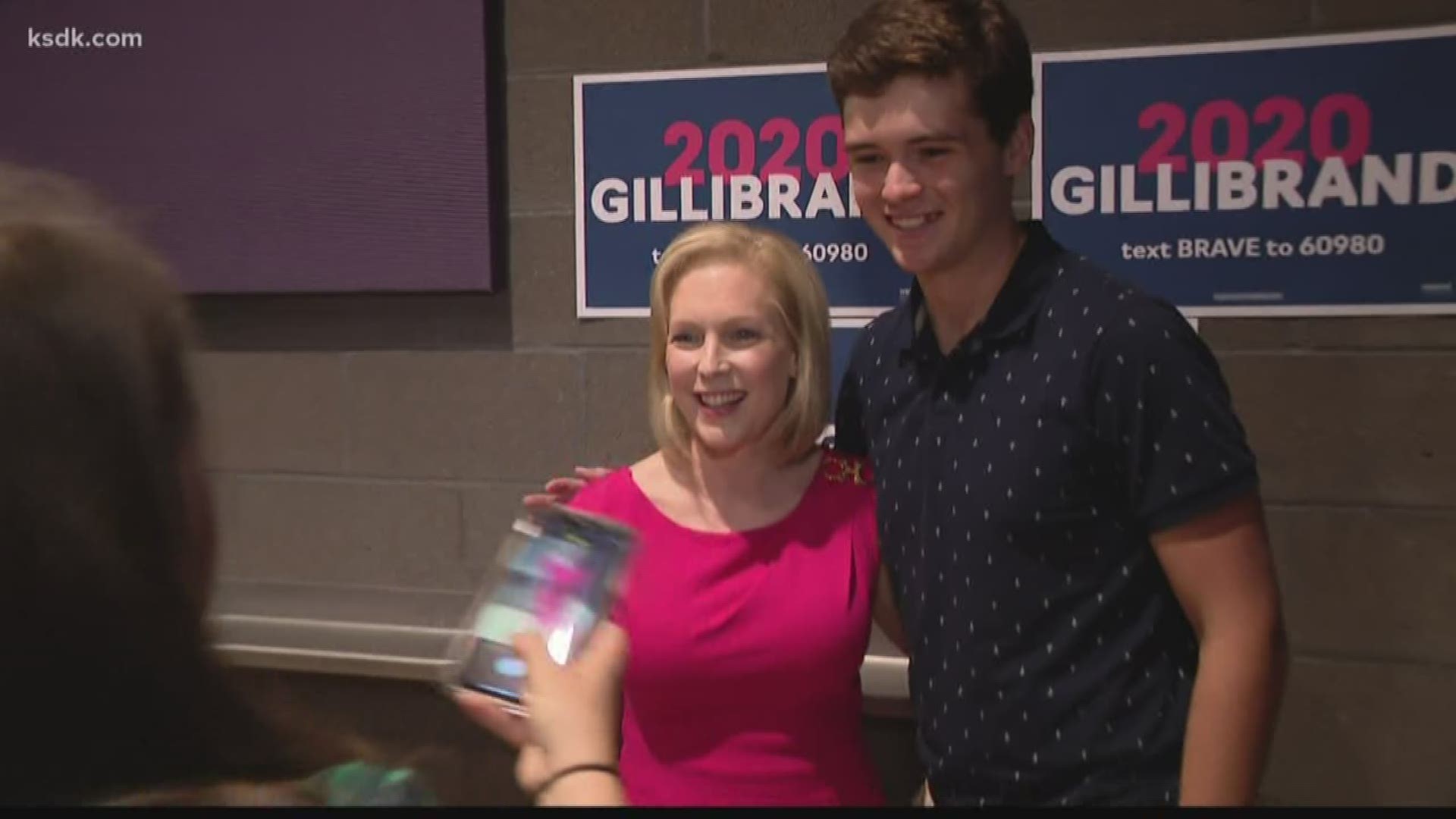 Normally at this point in the presidential primary, all eyes are on Iowa and New Hampshire, but St. Louis got a turn in the spotlight Sunday thanks to a visit from Democratic Candidate Kirsten Gillibrand.

There were cheers on the inside, jeers on the outside as the most divisive topic in politics — abortion — took center stage in St. Louis.

"If President Trump wants a war with America’s women, it’s a war he’s going to lose," Gillibrand told the crowd.

Here's where the senator from New York stands on abortion access. She believes women and their doctors should have the ultimate decision on abortions, no matter what.

She also promises to pass a federal law making Row vs. Wade's decision permanent and to reinstate federal funding for abortion services.

"I will guarantee that no matter what state you live in, you'll have access to full reproductive services," she said.

Of course, not everyone was excited to see the Senator take the stage, including a group of pro-life supporters that came outside of Delmar Hall to let their voices be heard.

Ryan and others spent their Sunday trying to convince town hall attendees to change their tune.

"Well, I’m hopeful. I’m not going to presume everyone is pro-abortion in the first place, but I’m always hopeful because so many haven’t been educated about what abortion actually is," Ryan said.

Back inside, on the topic of race, Senator Gillibrand got emotional talking about the different life her own son Henry will live, compared to St. Louis Treasurer and moderator of this event, Tishaura Jones.

"He could have so many challenges than Henry won't have," said Gillibrand, fighting back tears.

One thing she had in common with pro-life advocates Sunday, right now she's on the outside looking in.

5 On Your Side's Chris Davis asked her how she would stand out among a crowded field of competitors.

"As you’ve seen, I’m leading the national debate on major issues like reproductive freedom, like getting money out of politics, like a family bill of rights," Gillibrand told us.

Pro-life advocates say they will demonstrate at any Presidential candidate's rallies in St. Louis that support pro-choice policies.