"Proposition D functioned exactly at was supposed to," said Benjamin Singer of Show Me Integrity, the group that proposed the change 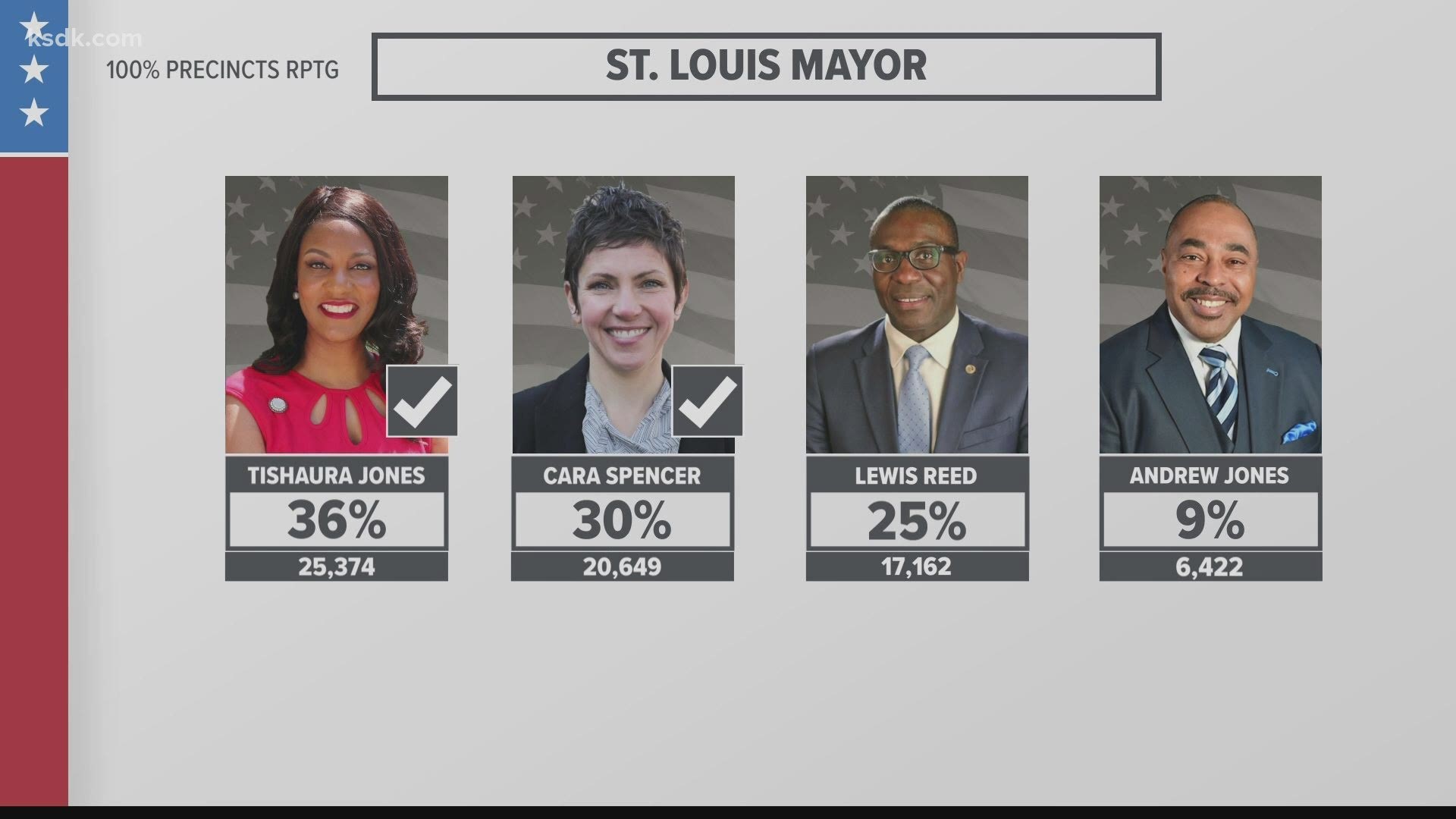 ST. LOUIS — Tishaura Jones and Cara Spencer will advance to St. Louis' mayoral general election on April 6 after nabbing the most votes under the new system which allowed voters to choose more than one candidate in the race. But there was a clear winner when the polls closed: the group that brought the new election style to the city.

RELATED: How St. Louis wards voted in the mayoral primary

Singer says the organization spent more than a year and a half — and more than 10,000 manhours — bringing the method to the ballot. And he says it worked as designed.

"Proposition D functioned exactly at was supposed to. Candidates with truly broad approval moved from the primary to the general election," Singer said.

5 On Your Side Political Analyst Anita Manion agreed, adding that this is the first truly competitive general in decades.

"I'm hoping that will see a surge in voter turnout on April 6 because before it was kind of a given that the Democratic candidate was going to win," Manion said.

One person who disagrees with the new method is Lewis Reed, who came in third in the final count and will not appear on the April ballot.

Singer says they have been approached by people in other jurisdictions — specifically noting St. Louis County, Springfield, and Kansas City — who are interested in bringing this method to their municipalities.

He said Show Me Integrity plans to bring a Board of Alderman redistricting issue to the ballot for this November's special election.