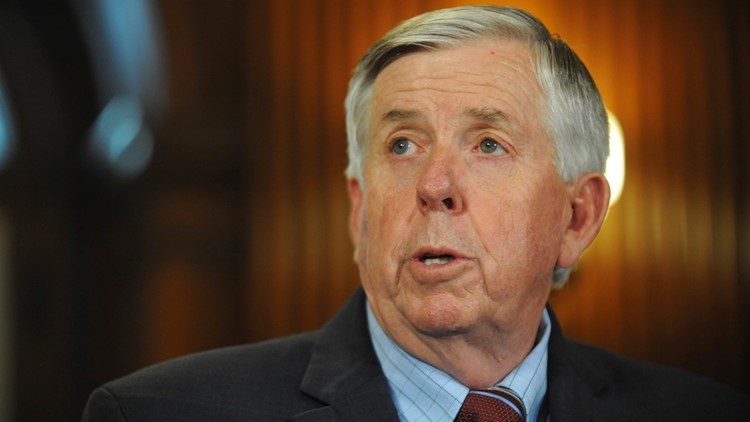 Photo by: AP
FILE - In this May 29, 2019 file photo, Gov. Mike Parson addresses the media during a news conference in his Capitol office in Jefferson City, MO. (Julie Smith/The Jefferson City News-Tribune via AP File)

Parson announced his decision Tuesday in response to an executive order issued in September by President Donald Trump that required governors to publicly agree to accept refugees.

Refugees would not be allowed to automatically come to states where governors refuse consent, even if cities and counties welcome them. Parson said in a statement that Missouri would agree to continue to resettle lawfully admitted refugees in communities that request them.

He noted the state has a long history of refugee resettlement and many former refugees have become vital members of their communities.

"Individuals who enter this country legally after proper scrutiny have traditionally assimilated into communities, primarily in St. Louis, Kansas City, Springfield, and Columbia."