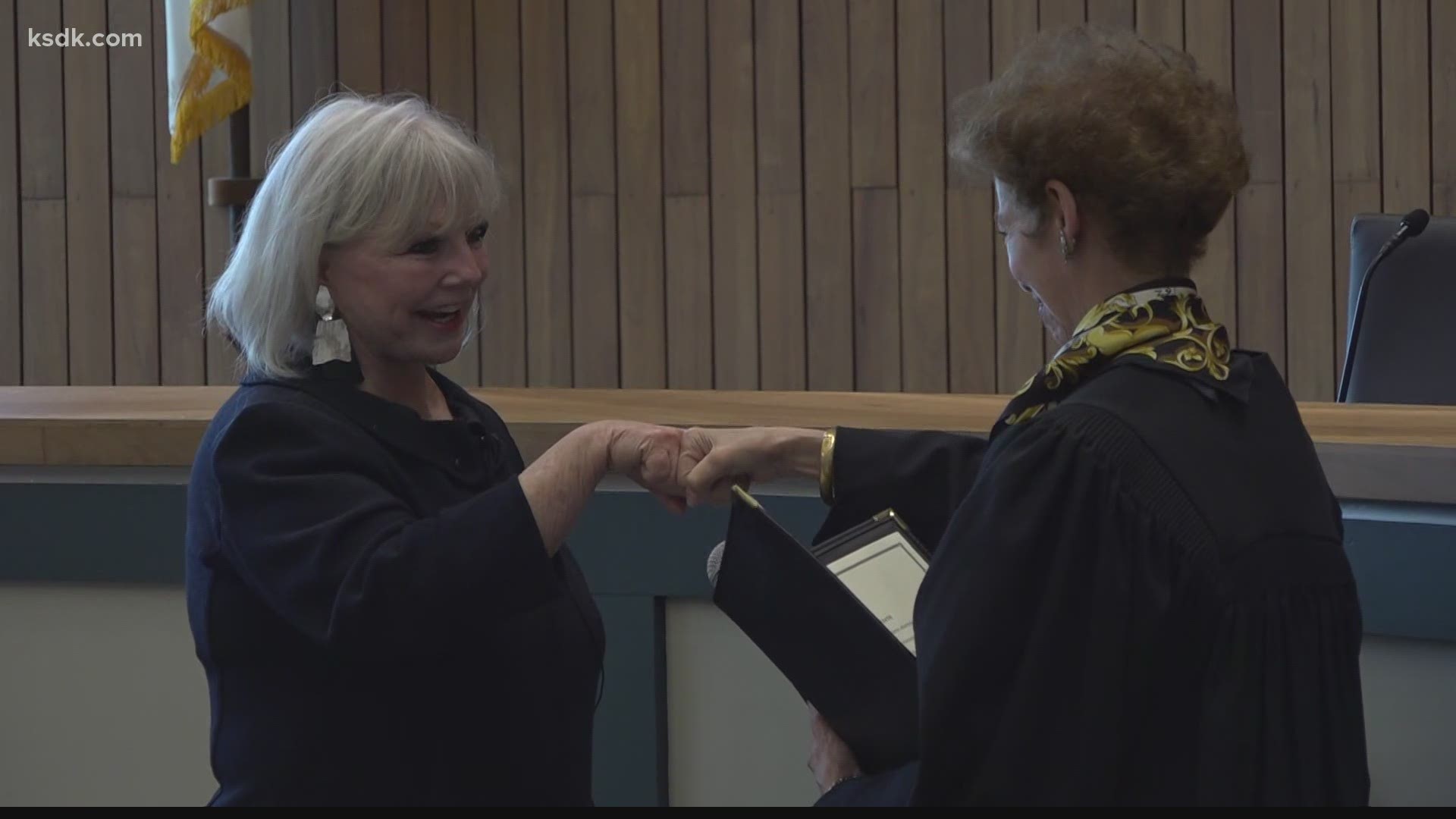 BELLEVILLE, Ill. — A new era began Friday afternoon in Belleville, Illinois. There’s a new leader in town and she has an office at city hall.

History was made when the first female mayor was sworn in, at the same time the city is turning 200 years old.

“I, Patty Gregory,” said the woman during swearing-in ceremonies. “Having been elected to the office of Mayor in the city of Belleville …”

After her swearing-in ceremony, Mayor Gregory said, “As the first female mayor of Belleville, it’s exciting to see women in more official capacities. We’re very fortunate we have several women on the city council.”

Many of Gregory’s family, friends and supporters turned out. But without a doubt, many Belleville residents were in attendance to note the historical moment in the making.

“I think it’s epic,” said Miller. “I’m very happy to see Miss Patty sworn in, and I think it was very important that not only I came down, but my daughter to see this epic event, as well.”

There was more history in the swearing in ceremony. The judge who participated is Annette Eckert, she was the first woman elected judge in the Illinois 20th Judicial Circuit.

Judge Eckert said, “We’ve had a lot of women that have come into public office, recently. And I think it’s good for the country that we diversify the leadership.”

“I’m very proud today to be the first female mayor of Belleville and to be representing this city I love so much,” Gregory said.