Pres. Trump is expected to tour the steel mill during his visit. 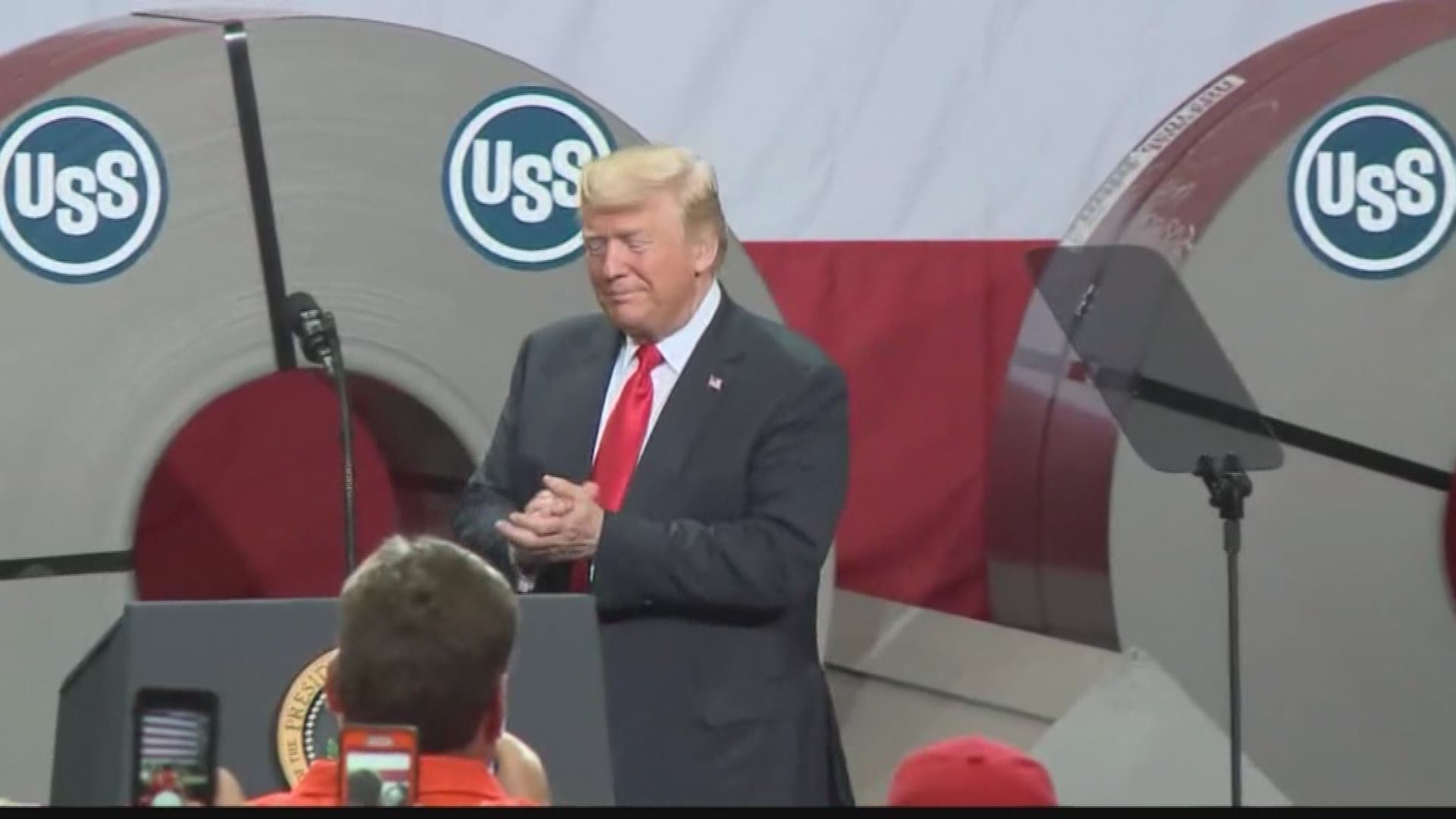 GRANITE CITY, Ill. — President Donald Trump was in Granite City, Illinois Thursday afternoon to speak before the men and women who are going back to work at the USS Steel plant in this blue collar town. He touted his policies that he says helped deliver those jobs at the steel mill.

The president visited Granite City in the aftermath of U.S. Steel Granite City Works restarting one of its idle furnaces after two years of idle operations. President Trump is expected to tour the steel mill during his visit.

Trump, on board Air Force One, landed in St. Louis just after 2:30 p.m. He first went to Dubuque, Iowa and then Granite City, Illinois.

The U.S. Steel workers listen closely as President Trump talks about the reopening of the factory in #GraniteCity pic.twitter.com/mfXrFsf5L8

President @realDonaldTrump, “For the first time in a long time... many many decades. We’re putting America first.” pic.twitter.com/mHU090IzE0

President Trump talks about NATO: "Its better for Europe than it is for us. I'll tell you that.”

President Donald Trump: "Look at all those cameras back there. It's like the Academy Awards." pic.twitter.com/F7pFLLmsmC

A woman who has worked at #GraniteCity’s U.S. Steel factory for 18 years is invited onto the stage by @POTUS pic.twitter.com/qLufGVdq5q

In a statement to 5 On Your Side, U.S. Steel Corporation said, "U. S. Steel has a long history of welcoming elected officials, including presidents, to our facilities. We look forward to continuing that tradition by welcoming President Trump to our Granite City Works facility this week."

In March, Trump announced new steel tariffs, which imposed a 25% tariff on steel imports and 10% on aluminum. The steel mill in Granite City saw a direct effect from his new policy, something which the Trump administration has used as a sort of highlight reel in the midst of an ongoing trade war in the months since.