Rep. Ann Wagner on Capitol violence: 'A coup attempt to try and overthrow our democracy'

"We barely escaped to safety as things were just literally dissolving around us," said the Republican from Ballwin 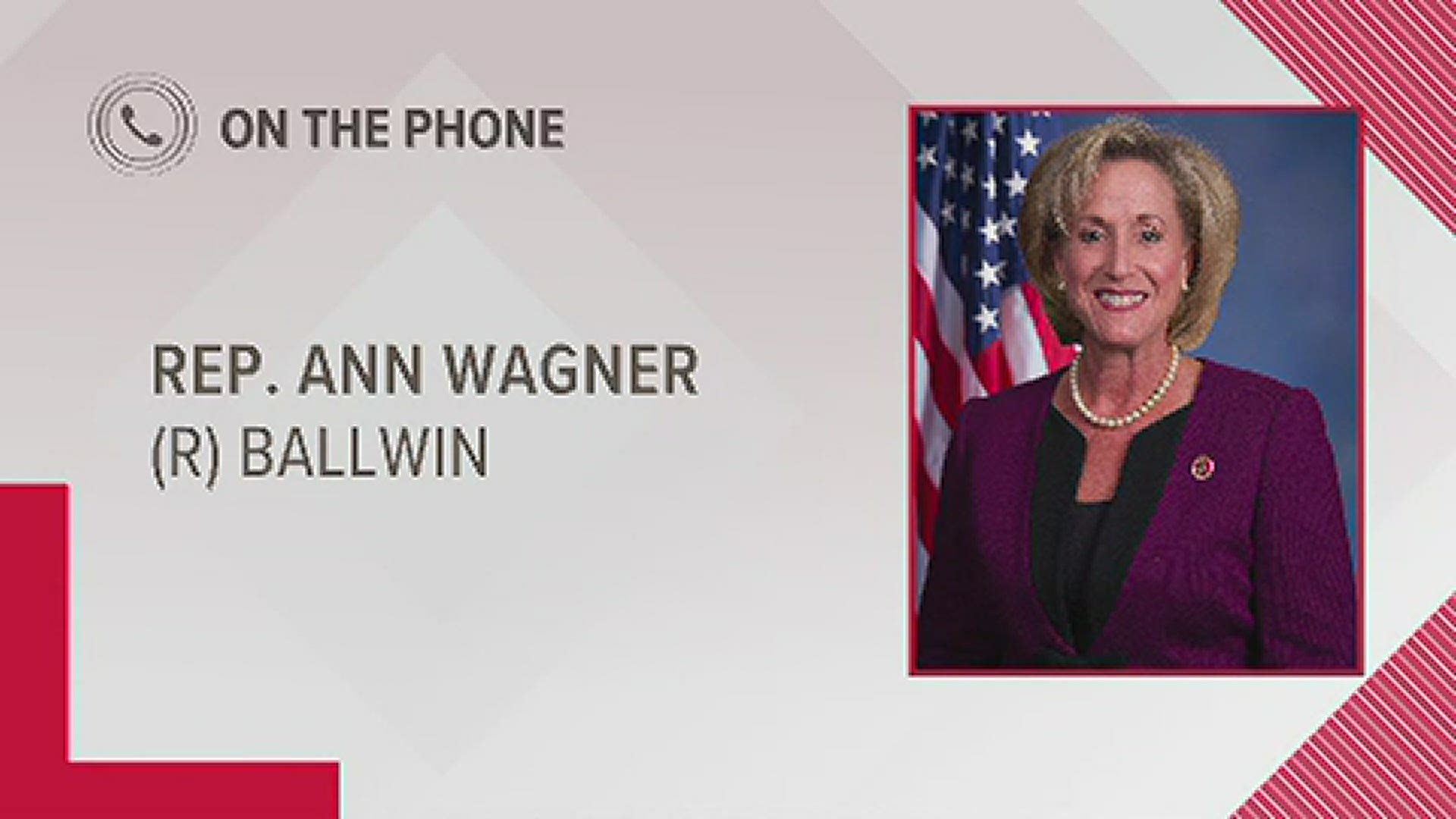 WASHINGTON — Missouri Congresswoman Ann Wagner says the siege on the nation's Capitol is nothing less than a "coup."

"This was a literally a coup attempt to try and overthrow our democracy, to disrupt the work of Congress, which was today to certify the election and the electors," said Wagner by phone from an undisclosed location in Washington, D.C.

The Ballwin Republican said she could not say where she was out of concern for safety.

Wagner said she was seated near the front of the House chamber Wednesday near Missouri Senator Roy Blunt. Wagner and Blunt were they only Republicans from Missouri's Congressional delegation to break with Senator Josh Hawley's plan to object to the certification of Electoral College votes.

When the joint session of Congress broke to debate the first objection to a state's Electoral votes, Congresswoman Wagner said she went to her office to listen to the debate on a live feed since not all members can be on the floor at once due to COVID-19 protocols.

"And then things began to just deteriorate and dissolve," said Wagner as she heard the announcement that the House chamber was being evacuated.

"I grabbed my one staffer who was with me and said, let's go. And we the we barely escaped to safety as things were just literally dissolving around us," Wagner said. The Congresswoman says she could eventually hear security personal conduct a controlled detonation of the "pipe bombs."

"It has just obviously dissolved into horrible, horrible, horrific, violent riots that we have seen all afternoon that are just despicable and have no place, no place at all in anywhere in our nation, let alone our nation's Capitol," said Wagner who is beginning her fifth term in the House of Representatives.

Asked whom she blamed for the violence Wagner told 5 On Your Side, "Frankly, it started today at 11 a.m. in front of the White House when the president called upon those that have shown up in this nation's Capitol to march down from the White House, down the Mall to the Capitol."

"I think there are many that have responsibility for this kind of attempt to completely disrupt and destroy our democratic process," Wagner added.

"I...pray for our country," Wagner said. "I do believe that our our democratic republic is resilient. I do believe we've got to get back to unifying this country to the civility, respect and dignity that every individual deserves and that we should be doing the work of the people. That's why I'm here."

"They came in through windows and doors with the kind of riot and violence...my heart goes out to our Capitol police who were completely overrun," she added.