In a statement, Jones' office said the review did not seek guidance from the city's CARES Act or American Rescue Plan Act auditors or the U.S. Treasury 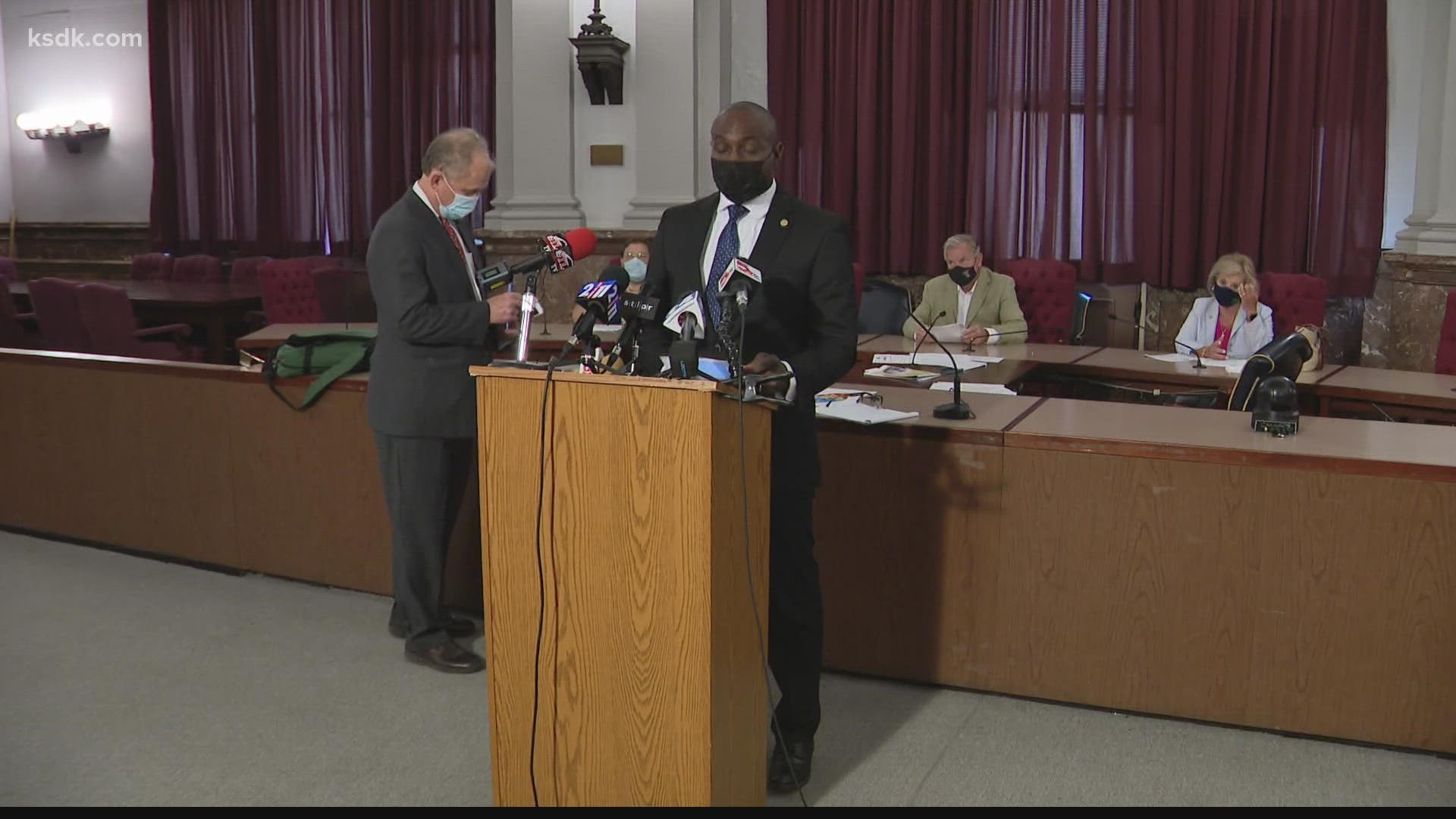 ST. LOUIS — The stalemate on federal COVD-19 relief spending between Mayor Tishaura Jones and the St. Louis Board of Aldermen continued Friday.

In a press conference, Board of Aldermen President Lewis Reed and other members of the board said the lawyers they consulted told them Board Bill 2 would not violate federal guidelines.

The bill was held up in the Board of Estimate and Apportionment last week by Jones and Comptroller Darlene Green. Jones leaned on the City Counselor's opinion that the board bill does not follow federal guidelines. The bill included a corridor proposal that would redevelop business districts in corridors of north St. Louis, MLK, North Grand, West Florissant and Natural Bridge.

In a statement, Jones' office said the review did not seek guidance from the city's CARES Act or American Rescue Plan Act auditors or the U.S. Treasury.

"President Reed retained a legal opinion that did not seek guidance from the City's CARES and ARPA auditors or the U.S. Treasury itself. Mayor Jones had to take decisive action yesterday to dedicate $2.7 million to increase vaccination efforts and keep families in their homes while the President's continued refusal to follow U.S. Treasury rules holds up $500 direct payments to St. Louis families, community violence intervention programs, and other vital relief."