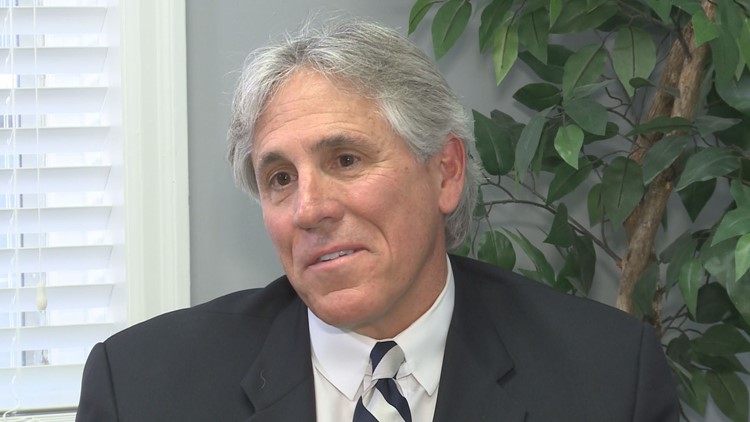 ST. LOUIS COUNTY, Mo. — The man who narrowly lost in the 2018 race for St. Louis County Executive said he is considering a run for the job in 2020.

Mark Mantovani lost to Steve Stenger in the Democratic primary that year by about 1,000 votes. Stenger is now in federal prison for what prosecutors said was a years-long “pay-to-play” scheme with county contracts.

Mantovani told 5 On Your Side he was more “dismayed” by the process to replace Stenger when he resigned than he was by losing the election.

“I felt like I deserved consideration (for the job) and there was none, apparently,” he said about the appointment of then-County Council Chairman Sam Page to the job of county executive.

The county will hold an election in 2020 to decide who will carry out the final two years of what would have been Stenger's term. There will then be another election for a county executive in 2022 which will return to a four-year term.

County Assessor Jake Zimmerman has also announced his candidacy for the race.

Thursday, Mantovani stepped down from that position. He said in an interview he felt it would be “inappropriate” for him to continue talking with regional leaders in that role while considering a run for county executive.

The Board of Freeholders is a group of local leaders selected by Mayor Lyda Krewson, St. Louis County Executive Sam Page and Governor Mike Parson tasked with coming up with a plan on how to move forward with a possible merge of the city and county.

Krewson and Page each get to make nine appointments to the board that are then approved by the Board of Aldermen or St. Louis County Council.

Of those nine, only five can be from the same political party.

Missouri Governor Mike Parson gets one appointment, who must live somewhere in Missouri that isn't the city or county.

St. Louis County has all nine of its members in place, but the city representatives are still on hold.

Mantovani said his resignation is likely a “non-factor” for the board since work has stalled while the county members wait for the City of St. Louis to approve Mayor Lyda Krewson’s appointees.

It’s “a shame” the board’s work hasn’t moved forward, Mantovani said. “I don’t know how anybody can be satisfied with the status quo in this community.

"What kind of political leader thinks everything is fine?” he asked.

Mantovani said he will make his decision about running for county executive in the “next few weeks.”

According to the Missouri Constitution, Freeholders would have the ability to propose plans that cover five different areas. They could suggest:

There have only been two successful meetings of a Board of Freeholders.

The first happened in 1876 and gave us what was called "The Great Divorce" — when the city and county split to begin with.

The second successful meeting was in the 1950s, when they created MSD, a consolidated sewer district.

RELATED: City Foundry STL’s new sign is up, so when does it open?