The City of Austin rents space on East 7th Street and Chicon Street to Planned Parenthood for $1 per year to house a clinic where no abortions are performed. 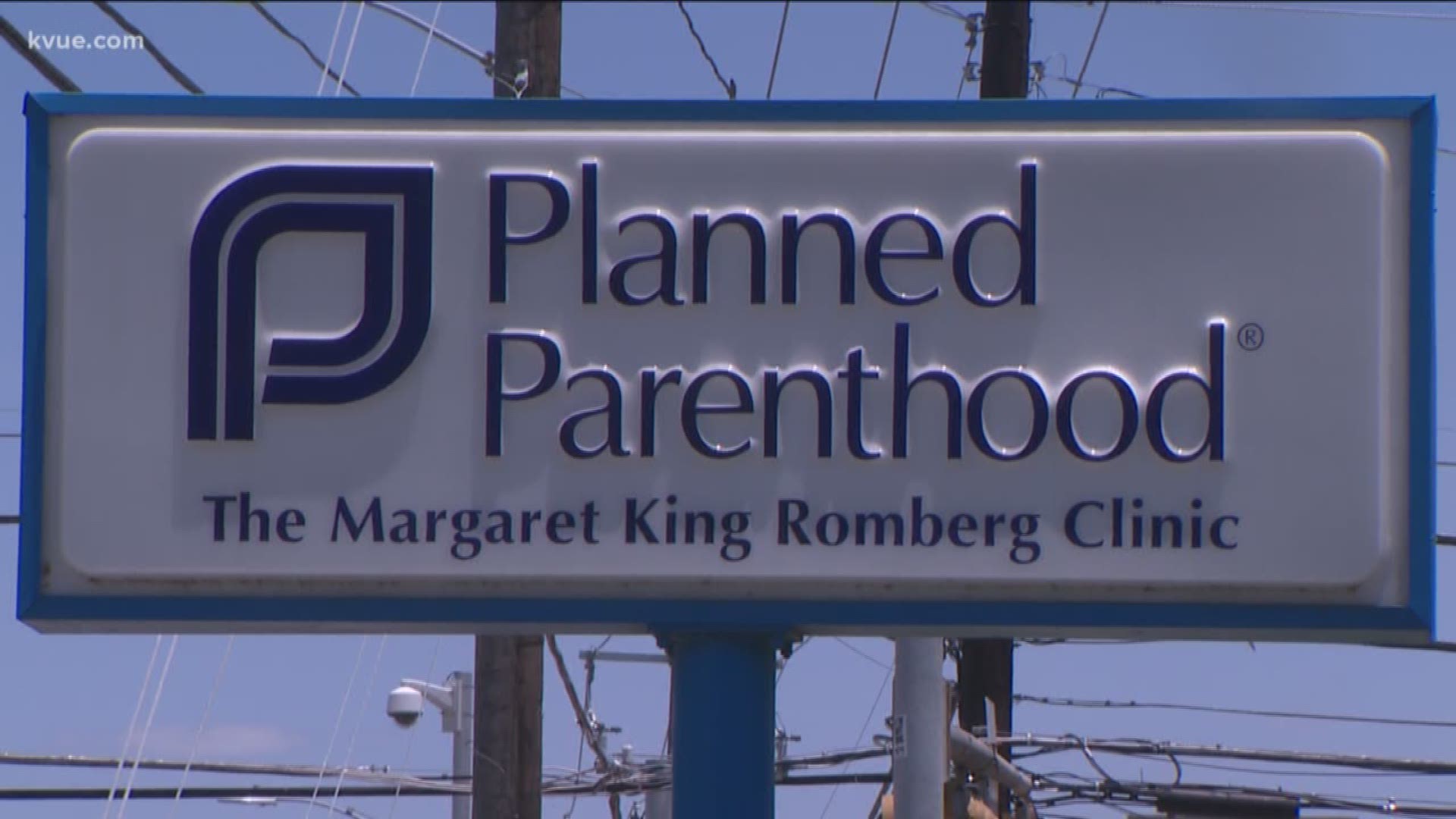 AUSTIN, Texas — The above video is from May 17.

On Friday, Governor Greg Abbott signed a bill that prohibits cities and counties from giving or using taxpayer dollars to partner with abortion providers or their affiliates.

Representative Candy Noble (R-Allen) sponsored the bill in the House and told her colleagues it is a "taxpayer protection" bill.

"Taxpayers who oppose abortion should not have to see their tax dollars subsidizing the abortion industry. Members, Senate Bill 22 is good public policy for Texas taxpayers," Rep. Nobel said.

But Rep. Eddie Rodriguez (D-Austin) and others said it was a policy that is bad for women's healthcare and would directly impact Austin.

The city currently rents space on East 7th Street and Chicon Street to Planned Parenthood for $1 per year to house a clinic where no abortions are performed, only health care services. But under SB22, the city won't be able to offer such a contract.

Opponents to the bill said some want to sacrifice healthcare over abortion.

"It is something that if a woman wants to have it, she should have access to and just because that's the case, you're going to throw these other women under the bus to make this statement," Rep. Donna Howard (D-Austin) said. "How can we justify that as a morally higher ground? I do not get that."

The lone Republican who opposed the bill, Houston Rep. Sarah Davis, pointed out Texas already has the highest uninsured rate and fourth highest teen pregnancy rate in the country. She told her colleagues SB22 would reduce access to screenings for STDs and cancer, vital women's health services, contraceptives and education.

"This bill is about politics," Rep. Davis said. "It is not about good policy, and it is not about improving public health. The reality is that the money used for these public health services has no connection to abortion. If your opposition to abortion is why you are supporting this measure, then consider this: decreased access to reproductive healthcare, to contraception and to medically accurate sex education will lead to an increase number of unintended pregnancies. If your goal is to reduce the number of unintended pregnancies, this is not the solution. It is quite the opposite."

Supporters of the bill argued partnering with Planned Parenthood on non-abortion services frees up resources so the agency can provide more abortions. And they said women in need of health care services can turn to the state's Healthy Texas Women program.

Rep. Davis pointed out many of the issues that plague the program from the low number of women it has served to issues with providers.

"Nearly half of all Healthy Texas Women-certified providers don't actually serve any of the women in the program," Rep. Davis said.

She told her colleagues the state simply doesn't have the resources to provide the healthcare services Planned Parenthood does.

Lawmakers in the House filed more than 40 amendments on the bill. Debate of the amendments led to some heated moments after Rep. Noble declined to take questions and engage in a debate with Rep. Rafael Anchia (D-Dallas).

Rep. Noble later said she had not seen any of the amendments ahead of time and therefore intended to oppose all of them. That included some amendments from her own party.

Dyana Limon-Mercado, the interim executive director for Planned Parenthood Texas Votes, released the following statement about the initial passing of the bill in May:

"Today, Planned Parenthood supporters filled the House Gallery to show their opposition to Senate Bill 22. Members of the legislature who voted in favor of this bill chose to blatantly ignore the health care concerns of the Texans they serve.

This bill aligns with the attacks we’ve seen before -- like when Planned Parenthood was kicked out the state’s family planning program, the Medicaid Women's Health Program, the joint federal-state Breast and Cervical Cancer program and the state's ongoing action to remove Planned Parenthood from traditional Medicaid. Extremist members of the Texas legislature remain determined to block access to care at Planned Parenthood -- all to score political points.

The House members who opposed this bill see things clearly: SB 22 is bad for public health, puts’ Texans lives at-risk and prevents local governments from making decisions in the best interest of their communities, especially during public health crises. We want to thank the members of the House Democratic Caucus and Rep. Sarah Davis (R-Houston) for their leadership against SB 22 and in defense of local health care.

And, we are very grateful to the medical professionals who have fought alongside us for months and led with their expertise about how this bill would jeopardize our state’s health care safety net.

In the state with the highest uninsured rate in the country, where access to women’s health care has already been decimated by politicians, the focus should be on making every resource available so that all Texans have access to the health care they need. Voters will remember these political attacks when they head to the polls in 2020."