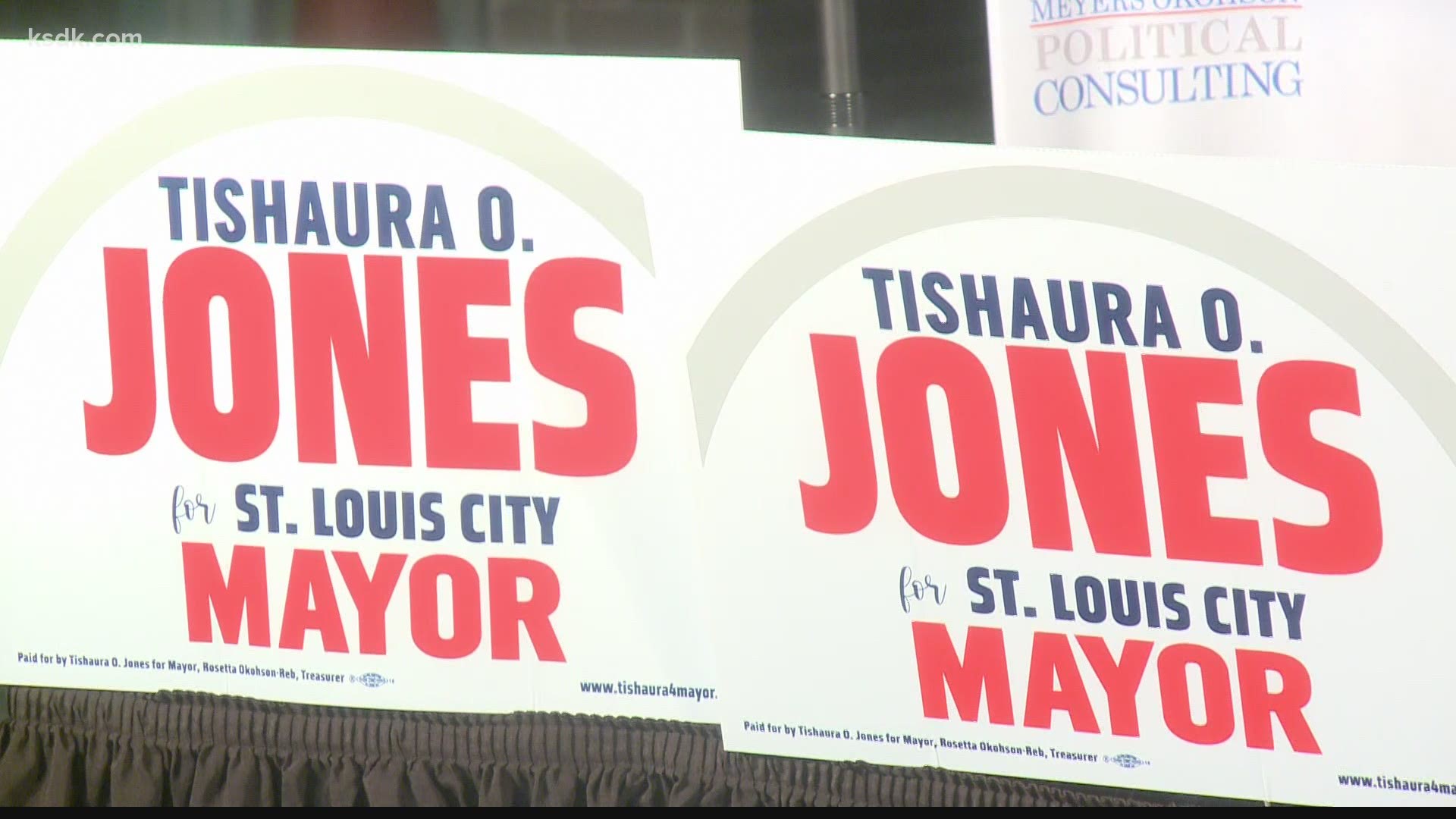 ST. LOUIS — Under the new Proposition D voting system, Tishaura Jones has a shorter transition period than her predecessors in a city that previously, unofficially picked its mayors during the March primaries.

Just hours after securing the win on April 6, the mayor-elect named the transition team that will help staff key positions.

"I think the invitation is an affirmation," transition team member Kayla Reed said.

Reed's work on social justice and criminal justice reform fits into Jones' platform, and she said she's looking for administration staff that can do the same.

"I want to get to work because truly the transition is about setting up this administration to do the good work right. We are all just players in making St. Louis a better place," she said.

In a city with a majority of Democratic voters, the March primary typically predicted who would occupy City Hall's Room 200. Proposition D — in which the top two vote-getters advances from the primary's nonpartisan ballots — made way for two Democrats to make it to the general election.

Jones defeated Alderwoman Cara Spencer with 51.68% of the vote.

"I think what Mayor-Elect Jones has going for her is that she has experience," Democratic consultant Ed Rhode said. "She's been around Government for a long time, she knows what she needs to hit the ground running, and I anticipate that she will have some key members of her team in place."

St. Louis County Prosecuting Attorney Wesley Bell was in the crowd for Jones' victory speech and knows the quick turnaround she has ahead of her.

"I'm sure there are a lot of things going through her mind and one of them is we've got a big job in front of us," Bell said.

Bell said he's kept close to Jones during the election and expects Mayor Lyda Krewson and her office will help with the transition, though he adds "at the end of the day, two weeks is two weeks."