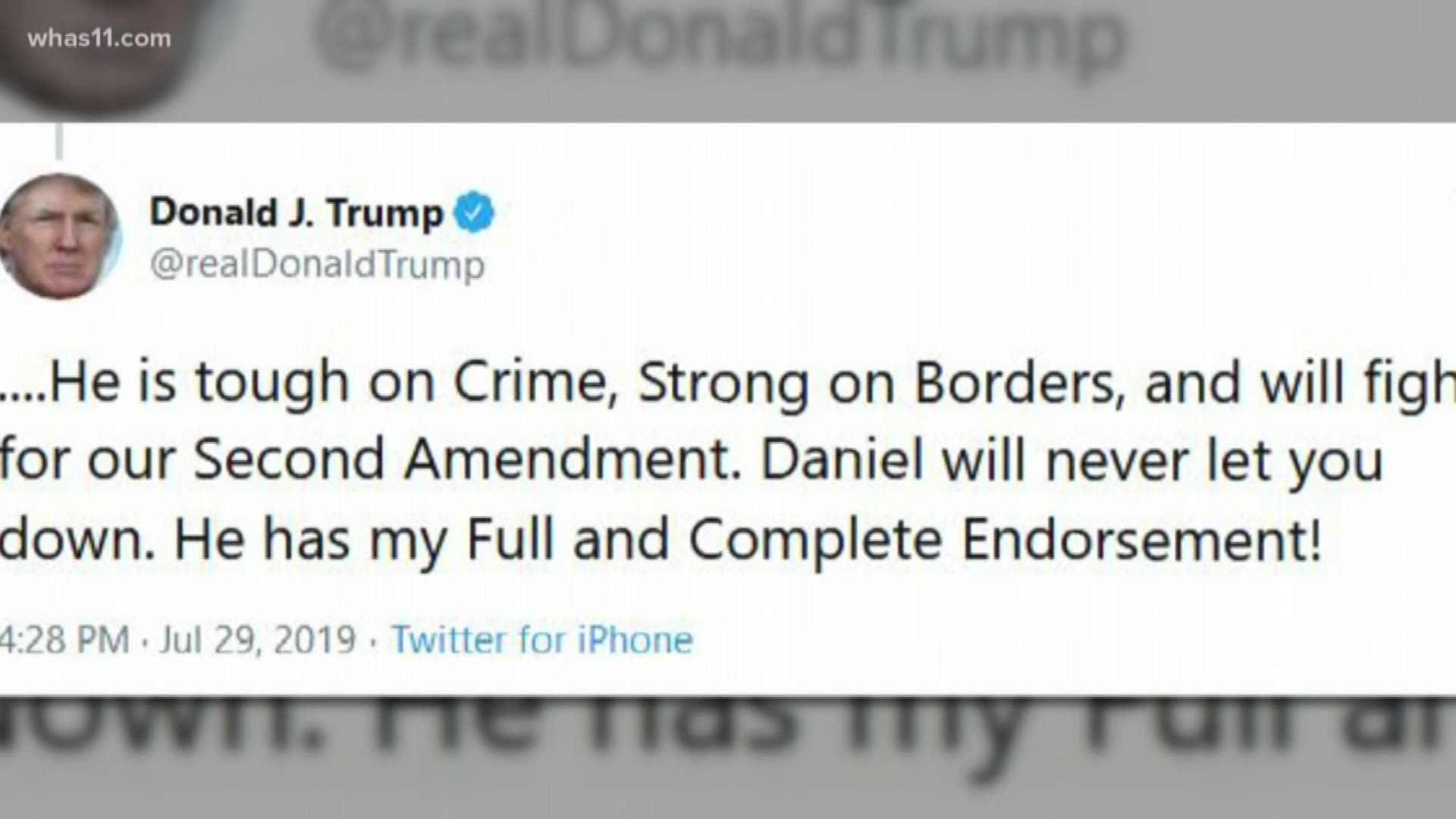 He praised Cameron’s stance on crime, strong borders, and the Second Amendment.

The president said Cameron has his 'Full and Complete Endorsement'.

“It’s truly an honor to be endorsed by the President. And it’s humbling to be recognized as a future leader of our party,” Cameron said in a news release. “To the people of Kentucky, I pledge to you this: as the Chief Law Enforcement Officer of our Commonwealth, I will fight for you every day and work with every fiber of my being to restore honor and integrity to the role of Attorney General. I will proudly stand with President Trump and federal law enforcement to address the drug crisis and combat illegal immigration.”

Cameron is a Louisville-based attorney, and this is his first run for public office. He served as McConnell’s legal counsel in Washington D.C.

He’s already in a heated race with Democrat Greg Stumbo who previously served as attorney general from 2004 to 2008 along with 12-term run in the Kentucky House and was the longest serving House Majority Leader.

If Cameron were to win November’s election, he would become the state’s first African-American attorney general.