Watch: Mayoral candidates face off in 5 On Your Side debate 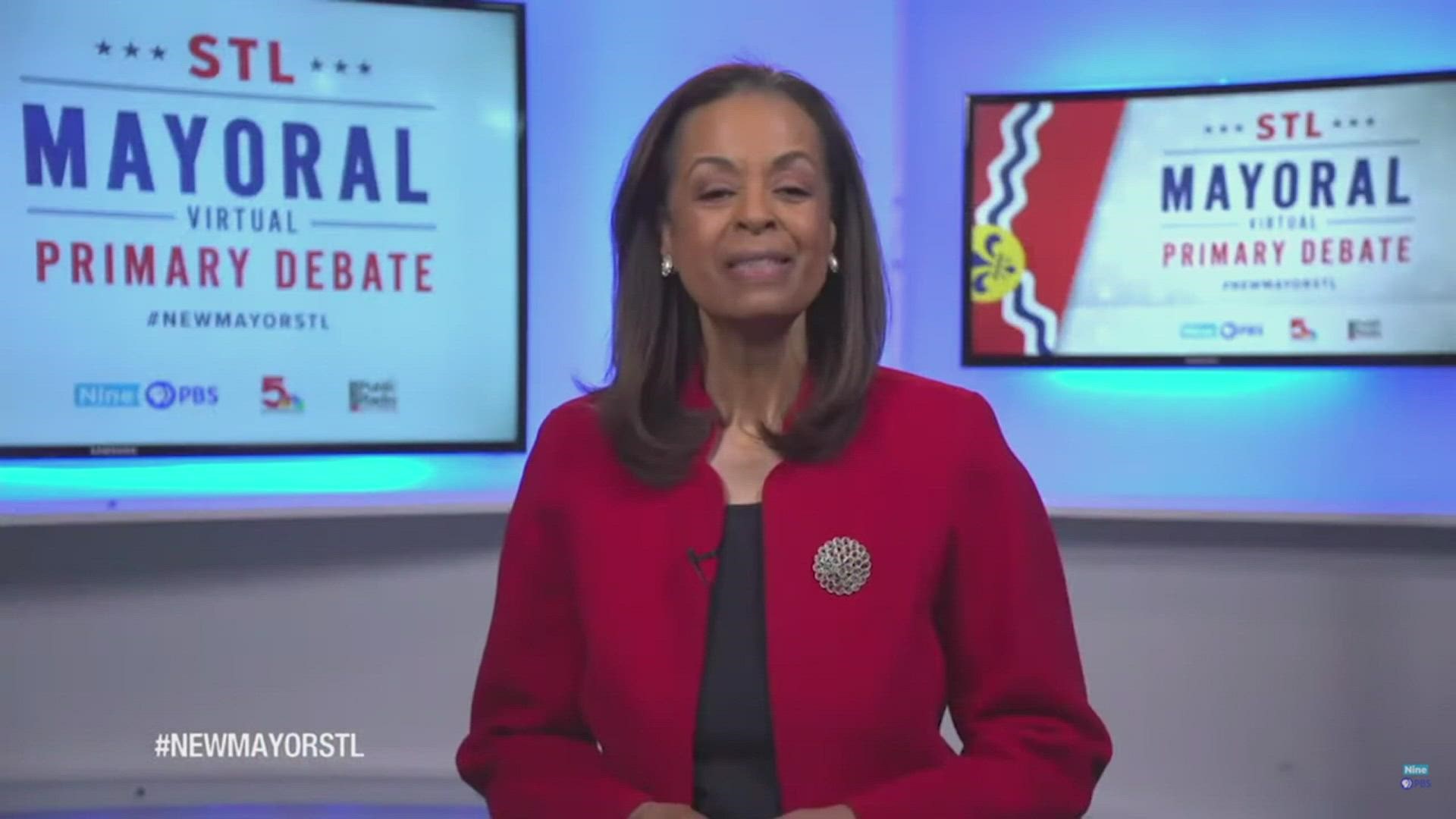 ST. LOUIS — On March 2, St. Louis city voters will narrow down the list of candidates for a new mayor in the city's new non-partisan primary election. Incumbent Lyda Krewson is not seeking re-election.

A week before the election all four candidates faced off in a debate hosted by 5 On Your Side, Nine PBS, and St. Louis Public Radio.

The topics discussed were wide-ranging from whether the city should re-enter St. Louis County to Metrolink expansion to COVID vaccines. But the one issue that all four agreed was the most important was violent crime in St. Louis.

Voting in this year's primary will be different in St. Louis.

RELATED: Know to Vote: How voting in the St. Louis mayoral race is different this year

It scraps voting by party: rather than requesting a primary ballot based on your affiliation, Republicans and Democrats are on the same ballot.

The system St. Louis will now use is often referred to as approval voting. You aren't restricted to voting for just one candidate: you can mark as many as you want in each race.

RELATED: How to vote absentee for Primary Municipal Election in St. Louis