On his website, Bell said he will use a more modern approach to criminal justice, including a reform of the bail system. 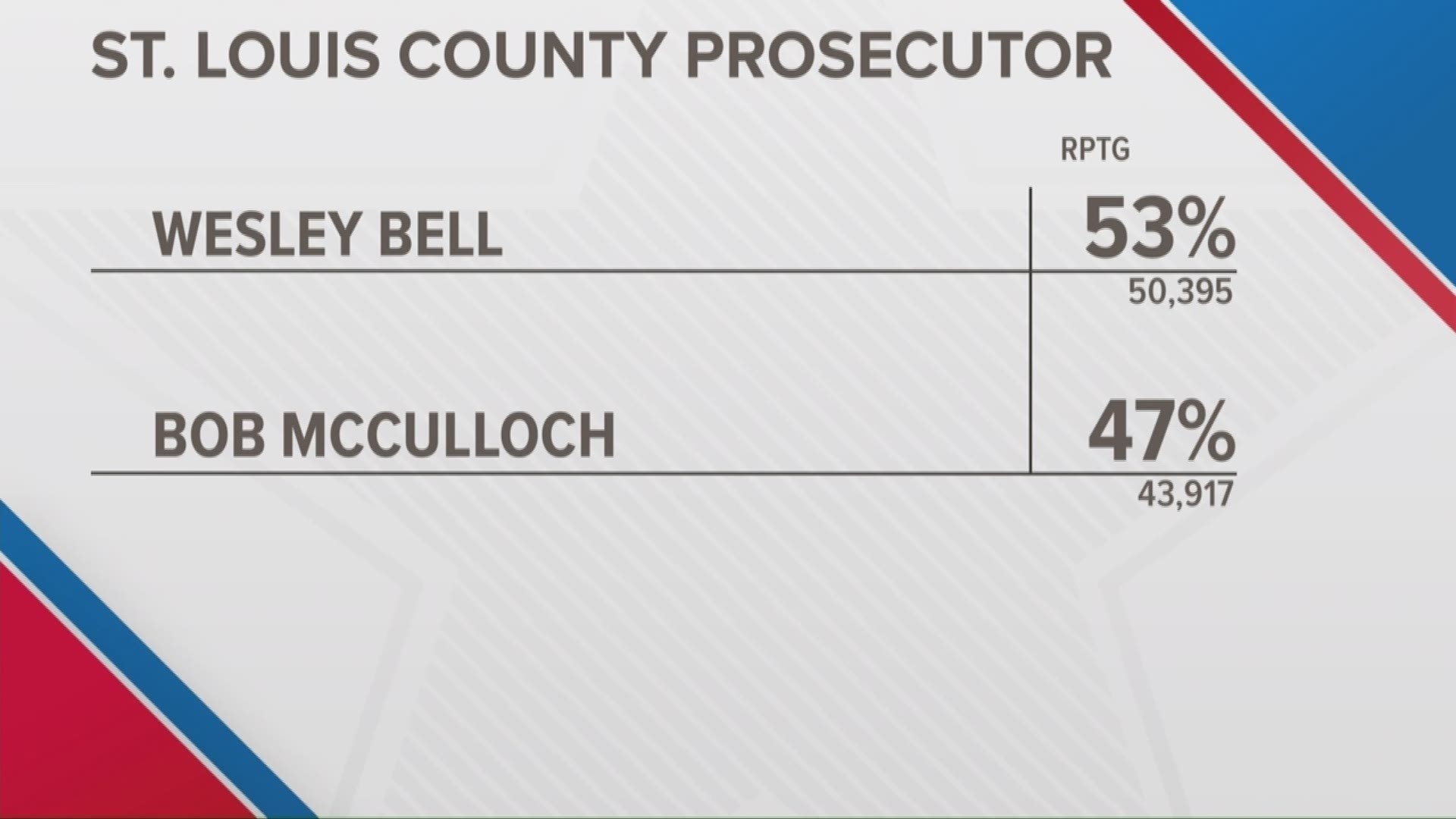 ST. LOUIS COUNTY — St. Louis County will have a new prosecuting attorney for the first time since 1991.

Wesley Bell, a criminal justice reform advocate and experienced defense attorney and municipal court judge, has declared victory over Robert McCulloch, who was seeking his eighth term as County Prosecutor. Bell declared victory when he was up by 10 percent with just 10 percent of precincts remaining. McCulloch conceded late Tuesday night.

VERIFY: Can the new prosecutor reopen the Michael Brown case?

Bell will run unopposed in November.

This was McCulloch's first election challenge since protesters criticized his handling of the Grand Jury proceedings following the death of Michael Brown. Bell was a member of the Ferguson City Council and worked with Barack Obama's Department of Justice to implement the Ferguson Consent Decree.

On his website, Bell said he will use a more modern approach to criminal justice, including a reform of the bail system.