What history may tell us of Josh Hawley's future 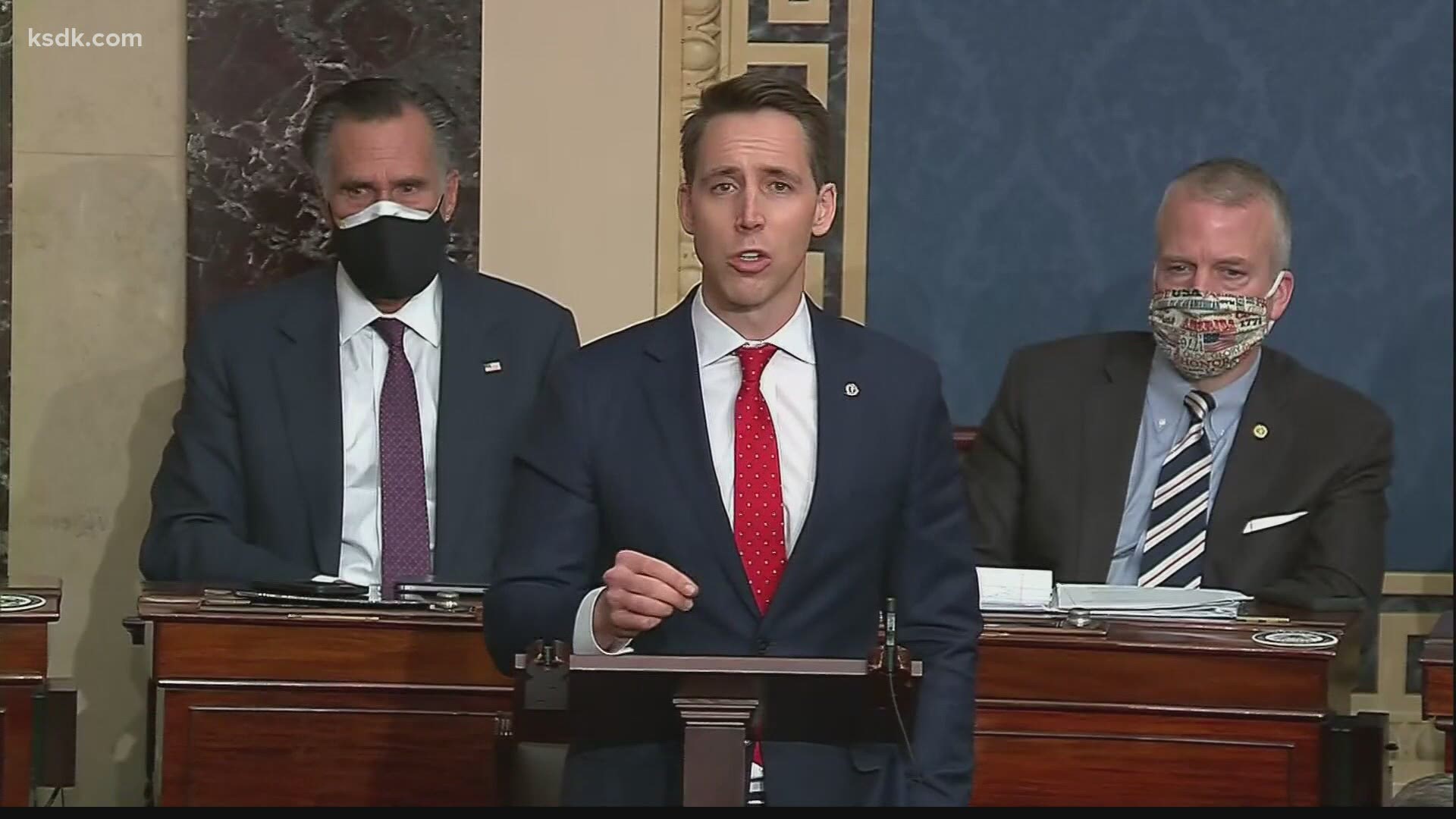 ST. LOUIS — Like attending state fairs, shaking hands, and kissing babies, an unwritten rule for those who want to pursue the American presidency is to publish a book.

While Missouri Republican Senator Josh Hawley lost his publishing deal following the events in Washington this week, he does have another title to his name: “Theodore Roosevelt, Preacher of Righteousness.” The profile describes the 26th president as "often dismissed by scholars as an opportunistic politician."

“To the extent that Teddy Roosevelt is seen as this dynamic, strong individual, ‘speaking for the common person,’ perhaps Hawley is seen as believing that,” said Webster University history and politics professor Dr. Gwenyth Williams.

Hawley, regarded as a rising star in today's Republican Party, has increasingly aligned himself with another president--Donald Trump—in a suspected pursuit of his own White House bid.

“That seemed to have been a successful strategy to him up to this week,” said University of Missouri St. Louis political scientist and 5 On Your Side Political Analyst Anita Manion. “I think he in the last three days has taken a lot of hits.”

That’s after chaos at the U.S. Capitol coincided with Hawley leading other Senators to reject Joe Biden's electoral victory. Fellow Missouri Republicans have spoken out against him, including a high dollar donor who denounced Hawley as "a political opportunist."

To our request for comment, Hawley’s office once again responded with the following:

“I will never apologize for giving voice to the millions of Missourians and Americans who have concerns about the integrity of our elections. That’s my job, and I will keep doing it.”

Noting that Hawley is unlikely to be removed from office and is not up for re-election until 2024, Manion says "I don't expect to see him back down any time soon.”

As for those re-election chances, or how Hawley may be shaping Missouri Republican politics?

“Missouri is certainly more conservative than the country as a whole. But I don't necessarily think this approach is going to hurt Hawley in Missouri. I think it's more problematic for national aspirations,” said Manion.

Dr. Williams says that there may be more lessons from President Roosevelt, whose eventual split with his party divided voters and handed the presidency to the Democrats.

“They can be effective at moving the political agenda,” she said of political factions and third parties. “They can also succeed in splitting the party.”