What's next after Missouri withdraws plans to expand Medicaid?

53% of Missourians voted in favor of Medicaid expansion, but it is now in question 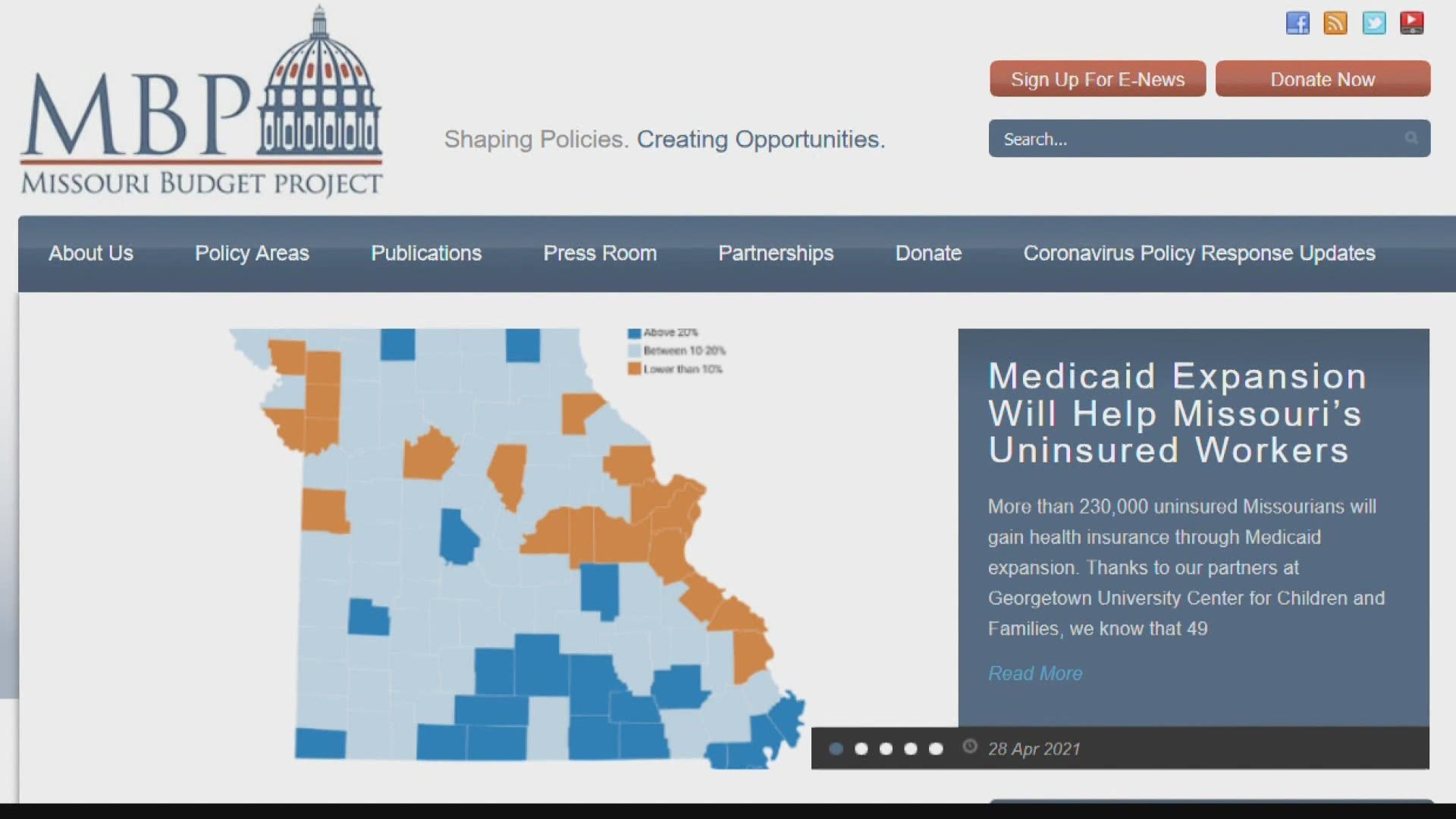 ST. LOUIS — A majority of Missouri voters said 'yes' to Medicaid expansion, which was supposed to kick in this summer. But on Thursday morning, Governor Mike Parson said that expansion won't happen for the time being.

This could impact 275,000 eligible Missourians.

The amendment did not change existing eligibility standards for children and seniors.

Also, the amendment did not say how to pay for the expansion.

Governor Parson sent a letter to the Centers for Medicare and Medicaid Services Thursday.

In that letter, it explains why the state has withdrawn its plan to expand Medicaid.

It all goes back to August, when 53% of Missourians voted in favor of Medicaid expansion.

In February, Governor Parson and Missouri Department of Social Services (DSS) sent the Centers of Medicare and Medicaid Services a state plan explaining they were going to go through with that expansion.

DSS estimated it would cost Missouri approximately $1.9 billion to fund the expansion in the 2022 fiscal year budget. Governor Parson even included the suggested funds in his annual budget proposal to the General Assembly.

Despite Governor Parson recommending it, the House voted to not fund the expansion.

On April 28, the Missouri State Senate voted to block the funding for it.

Several Republicans argued it would cause the state to pay for an expensive program. And from there, it'd be a huge financial blow to the state's future budget.

On May 7, the legislature finalized the budget without funding the expansion.

Parson's letter says, "Without a revenue source or funding authority from the General Assembly, we are unable to proceed with the expansion at this time and must withdraw our State Plan Amendments to ensure Missouri’s existing MO HealthNet program remains solvent.”

He also adds, "Prior to the August 4 vote, the Missouri Court of Appeals Western District issued an opinion in June 2020 explicitly stating that the MO HealthNet expansion ballot initiative did not create a revenue source or direct the General Assembly to appropriate funds. The court noted that the General Assembly retained discretionary authority to fund or not fund MO HealthNet expansion if the ballot initiative passed."

Ninety percent of the Medicaid expansion money comes from the federal government.

But state lawmakers had to give the department authority to spend that federal money.

"Missouri is sitting on a record surplus funding," Williams said.

The Missouri Budget Project researches and analyzes the state budget and economic issues. They learn how policies impact middle and low-income Missourians.

Spokesperson Traci Gleason said looking at the 30+ states that have already done Medicaid expansion, it could create more than 16,000 jobs.

She gives some examples:

She also said Congress recently created a new incentive to encourage expansion. For the next two years, the federal government would provide Missouri with an additional $1.15 billion to support the current Medicaid program.

"That would free up state funds that could be invested in other budget priorities, including education and upgrading the safety of roads and bridges," Gleason adds.

Medicaid expansion could help the clients at Paraquad.

"We're really disappointed. Expanding healthcare coverage with disabilities is something we work hard for," she adds.

Congresswoman Cori Bush reacted to the new on Twitter, calling Parson "openly adversarial to the people in our communities who have the least."

Governor Parson is openly adversarial to the people in our communities who have the least. He has proven without a doubt that he won’t do what’s right. But now, he refuses to do what the people voted for. He is unfit for the job. https://t.co/6HifNPWQJN

This battle could go to the courts.

Just to give some background, this ballot initiative is a Constitutional amendment, which means it's now in the Missouri Constitution.

Ammann said this could be a point advocates make in court.

Ammann said those against it could argue, "The initiative wasn’t explicit enough and there is no specific revenue source."

Governor Parson made this point in his letter saying the Missouri Constitution prohibits ballot initiatives from appropriating funds without creating a revenue source.

This could go all the way up to the Missouri Supreme Court.

One option could be the courts requiring legislators to find a way to fund Medicaid expansion.

At this point, it likely delays past July 1.