It could be weeks before hundreds of residents living in the Cedar Creek Lodge Apartments will be able to move back in. 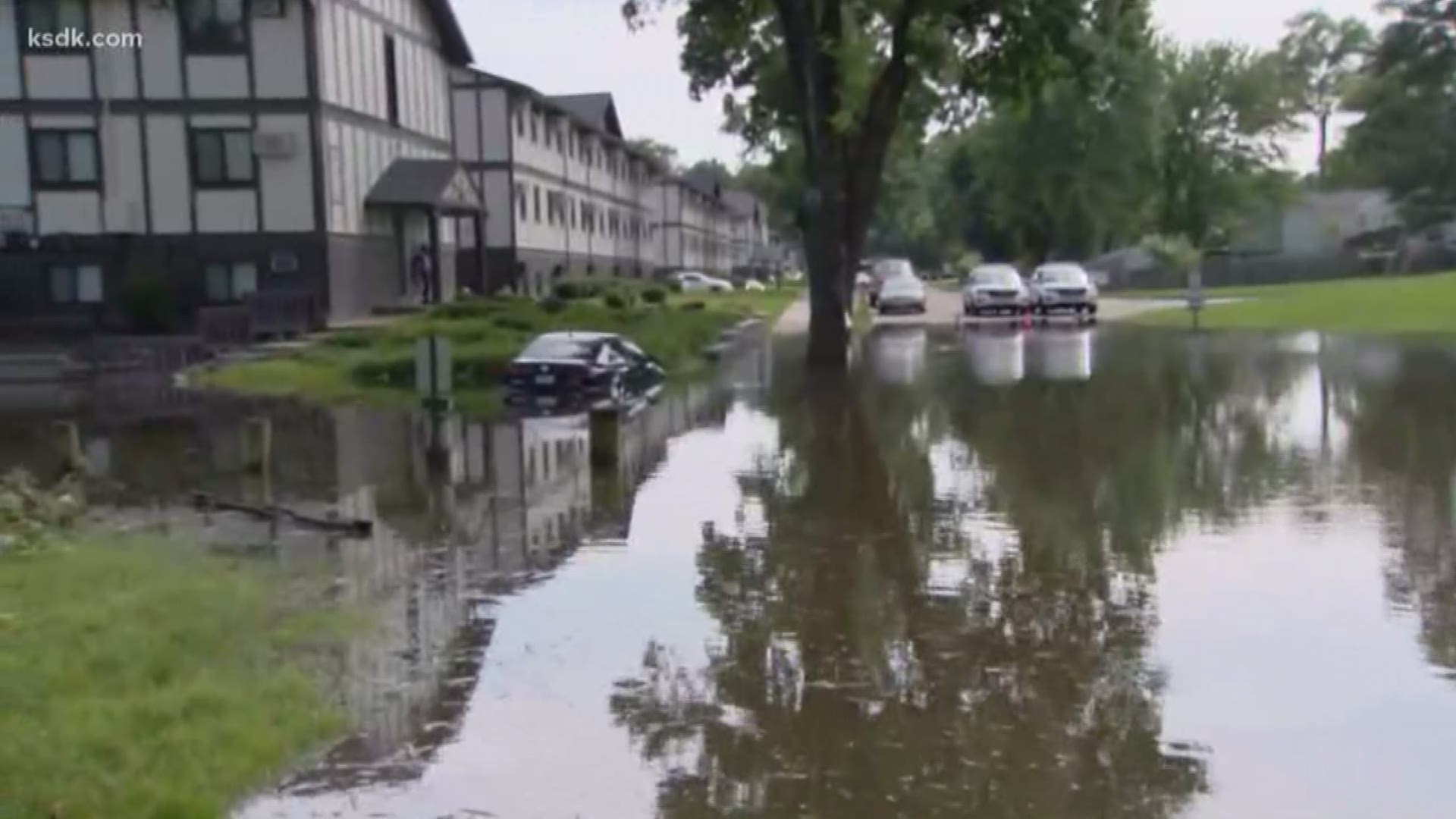 ST. LOUIS — Floodwater has made its way into the parking lot of the Cedar Creek Lodge Apartments forcing hundreds of people to find other places to stay.

A spokesperson with the St. Louis County Emergency Management Agency said it could be weeks before people living in the apartments will be able to move back in.

"I don't want to be here clearly it's not safe. The power isn't even working, so it's not safe," resident Lena Word said.

Rising water not only cut off her power and put her out of her apartment, but it also flooded her car.

She's not alone. Hundreds of people in four other buildings in the Cedar Creek Lodge Apartments can relate, and not all of them have family to stay with.

It's still unclear when residents are able to move back in.

"It depends on the damage to the buildings themselves and whether or not they have other open units they can move people to,” explained St. Louis County Emergency Management Agency Spokesperson Tracy Panus. “I'm just not sure of that status at this point.”

Meanwhile, Word will be looking for a place to stay and a way to fix her car.

"I'll just have to get another job. I have to keep going I don't have another choice,” Word said. “What's done is done, and if it can be fixed then you fix it.”

A temporary shelter has been set up at the Kennedy Center Recreation Complex. The Red Cross has been called in to help those who had to evacuate.