Strangers come out to run with Pfitzer and support his goal 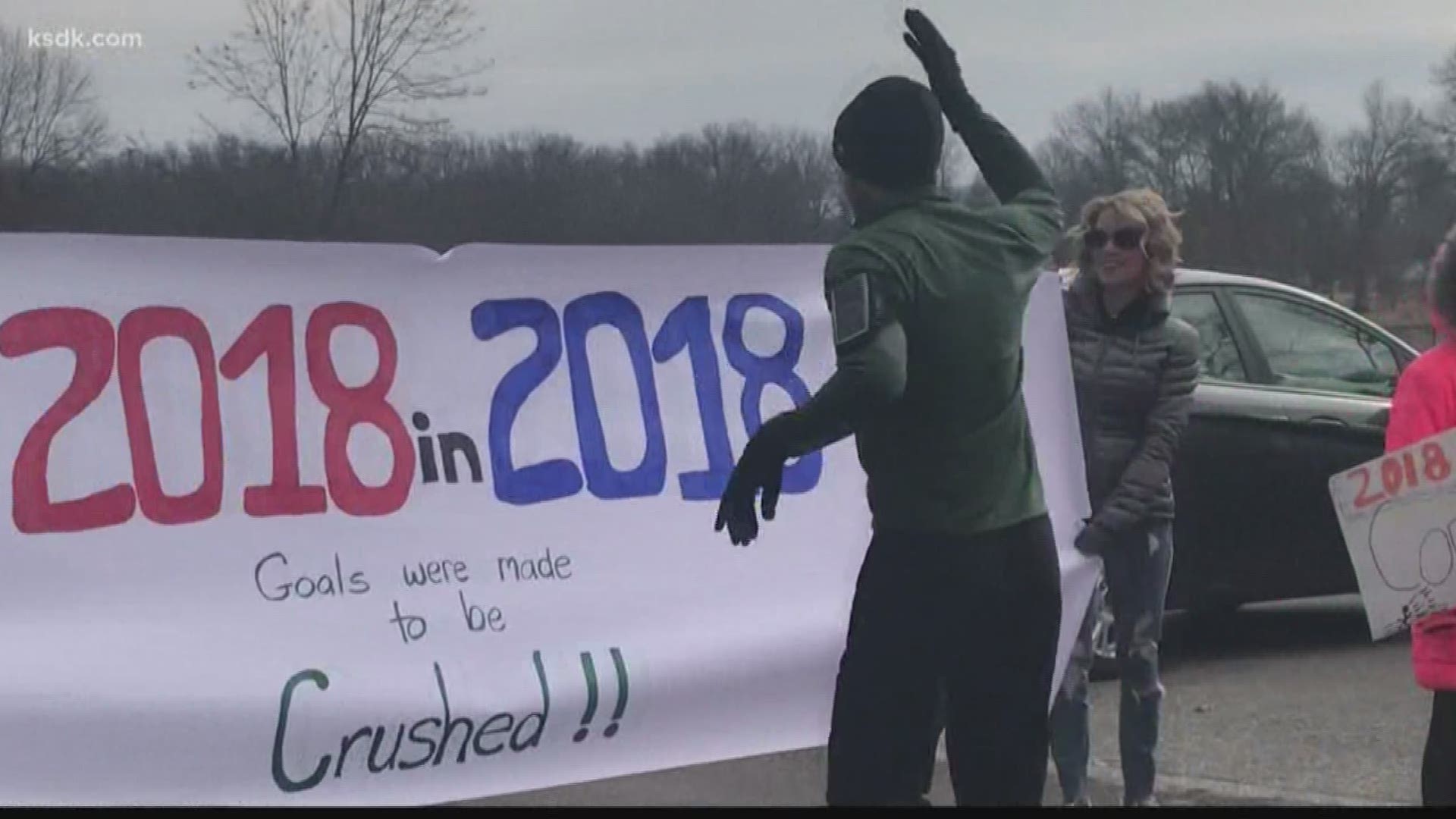 The runner who made a New Year’s resolution to run 2,018 miles in 2018 completed his goal Saturday.

A group of people, including his 70-year-old dad, ran with him. Some runners said they didn’t even know Pfitzer but saw his story on Today in St. Louis and wanted to support him.

“Runners support runners. I was really proud to just be here and watch him achieve a goal. Hopefully it inspired other people to do that and I think it has,” said Julie Drew, who doesn’t know Pfitzer.

His friends made special 2018 in 2018 cookies and even gave him a medal after he crossed the finish line.

“The original design was to inspire, to motivate people, and to see all of these people who came out on a cold, cold day has been really cool,” said Pfitzer.