"She was determined to be the best in the classroom, she was the student that her peers liked, she joined any activity that there was, she was that all around young lady." 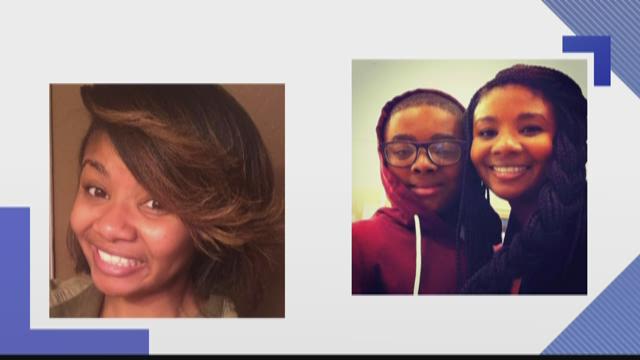 BELLEFONTAINE NEIGHBORS, Mo. – 5 On Your Side is learning more about a horrific shooting out of Bellefontaine Neighbors, where a 4-year-old that pretended to be asleep and survived after the shooting claimed the lives of her mother and brother.

The gunman was the little girl’s father, who later took his own life.

It happened early Friday morning in Bellefontaine Neighbors. The mother, Katrina Banks, and her 15-year-old son were killed.

The 4-year-old girl reportedly woke up and walked into the room, but was told by her father to go back to bed. At that point, the gunman Dornubari Dugbor called 911 and turned the gun on himself.

A friend, Dr. Katrice Noble, said she initially met Banks when she was a child and they reconnected later in life as friends when Banks had a child of her own.

“No one deserves this,” said Noble.

Noble was one of Bank’s principals at Roosevelt 9th Grade Center in St. Louis.

She said Banks was never just another face in the crowd.

“Spunky young vibrant, very intelligent 9th grader,” said Noble. “She was determined to be the best in the classroom, she was the student that her peers liked, she joined any activity that there was, she was that all around young lady.”

They reconnected later in life, through a St. Charles-area church group. Though older and now raising a child, she said, Banks didn’t change a bit.

“Very determined, very committed and never letting any obstacle hindering from that goal,” she said.

Banks was shot alongside her 15-year-old son overnight by Bank’s fiancé, Dornubari Dugbor.

“I had to sit down and gather myself because I was in shock as I am now,” said Noble.

Bellefontaine Neighbors police told 5 On Your Side, Dugbor shot Banks first, then her son when he entered the room. When the 4-year-old walked in, her Dad reportedly told her to go back to her room.

Investigators believe Dugbor called 911 before turning the gun on himself.

“I think it is going to be very imperative for this community to come together to assist this young baby,” she said.

Noble is now clinging to memories of a perfect student turned cherished friend.

“She had a lot to give to her family, to her community and to the world,” said Noble.

She said, at this point, there isn’t a fund set up for the 4-year-old little girl, but said, if one isn’t created soon, she will do it herself.