Within an hour, both baby Steiner and baby Haze were born, each weighing 6 pounds and 13 ounces. 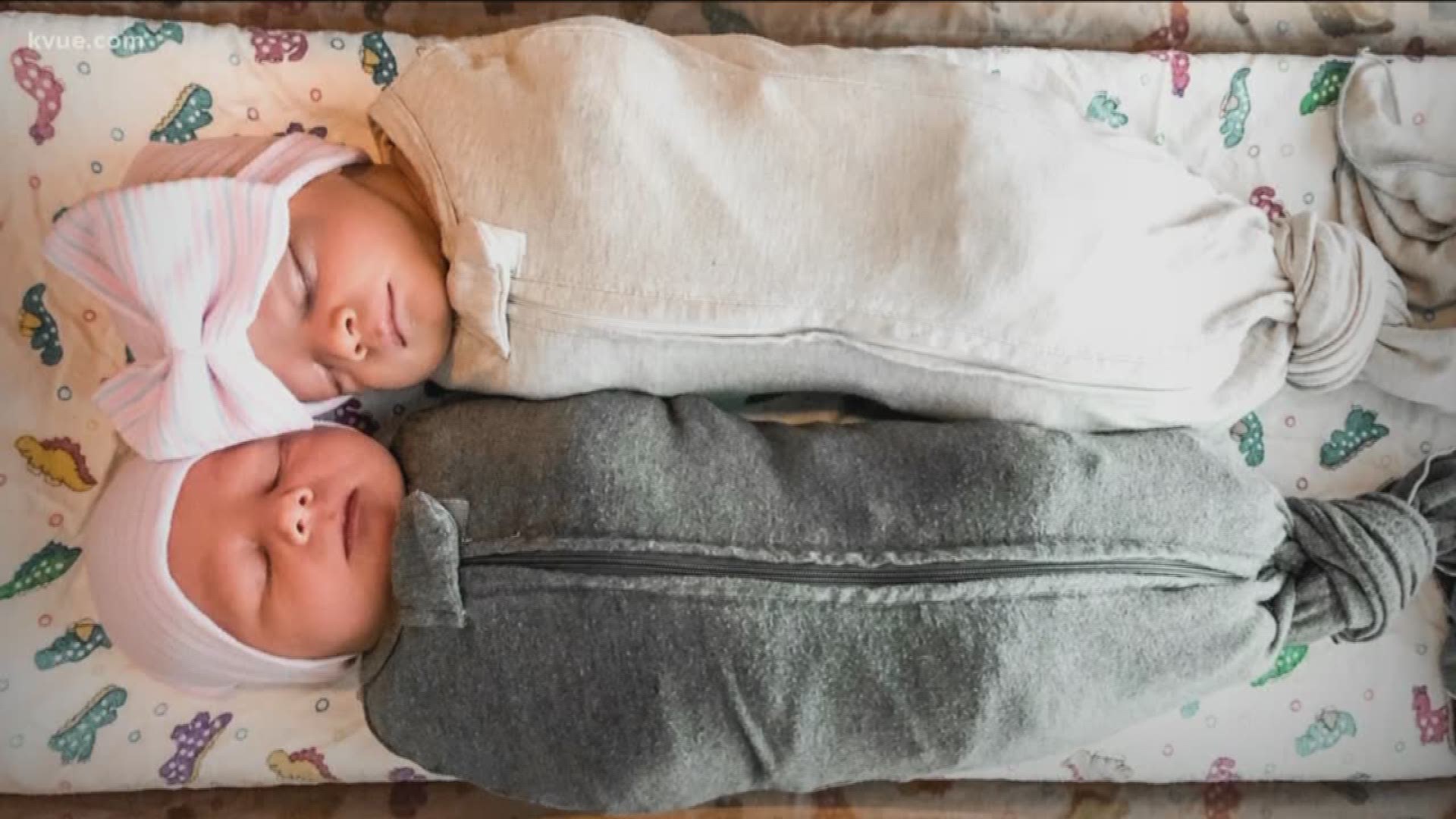 AUSTIN, Texas — A local hospital is bracing for a baby boom.

St. David's Women Center of Texas said with Austin's rapid growth, more babies are expected to be born this year.

Two Austin-area sisters met at the hospital to give birth at about the same time this week. They said their story is proof the city's baby fever is real. 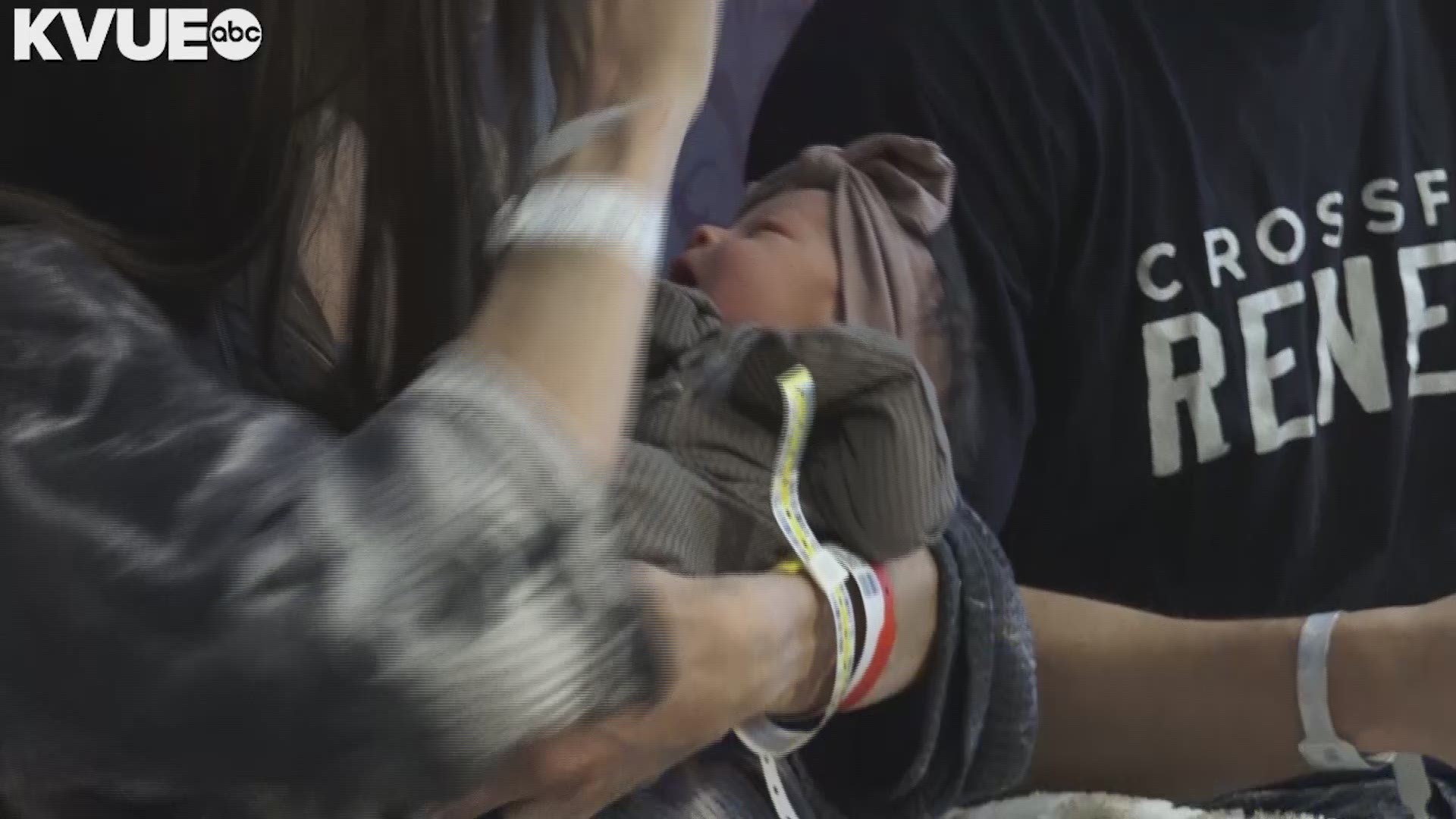 "It was quite hysterical," said Brogan Hene, one of the sister's who gave birth earlier this week. "of all the people walking in the doors the exact time, is my sister."

Her sister Blaze Shipley was also having contractions.

"The pregnancy was not planned," Shipley said, "we found out we were pregnant the same day so it started getting weird there."

Shipley and her sister Hene ended up at the hospital at the same time.

Hene was turned back twice from the hospital, and the moment she was leaving the door, her sister walked in.

1 / 4
Hene and Shipley family
Two sisters gave birth within an hour of each other at an Austin hospital. Their two newborns were delivered by the same doctor and had the same weight at birth.

"My sister had her baby 50 minutes after I did," said Shipley.

Both women were in the same hallway, with the same delivery doctor at nearly the same time.

"We were in different rooms and places but it all worked out," said Hene.

Within an hour, both baby Steiner and baby Haze were born, each weighing 6 pounds and 13 ounces.

Austin's most popular baby names in past years

"It was really exciting to see this amazing moment in part of their life," said Angelica Guideon, a registered nurse with St. David's Women's Center of Texas in North Austin.

Guideon said this family isn't the only one celebrating, the number of babies born in the hospital has dramatically increased.

According to the Texas Department of State Health Services, the number of births in Travis County was last calculated in 2016 to be relatively 15,924 babies.

The TDSA said this baby boom is clearly visible in Hays and Williamson County.

Although statistics show the birthrate in Travis County has been steady, it's the unexpected births like baby Steiner and baby Haze that will give them a lifetime to talk about.

"They'll share the rest of their life together," said Hene, as she held her newborn baby.