But crime statistics show a different story as the city prepares for more security measures. 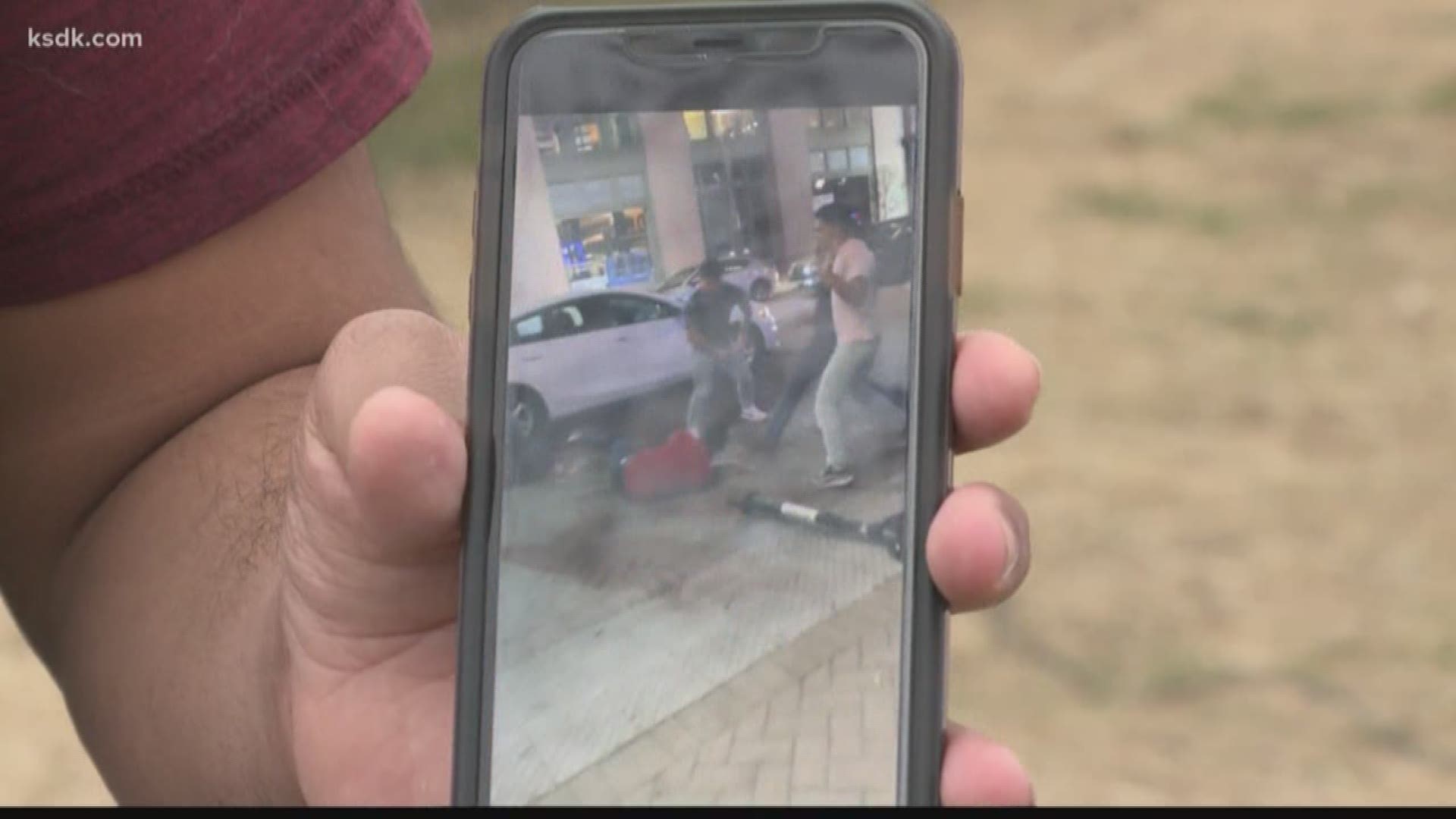 ST. LOUIS — Fans were sporting Blues gear. Customers were filing through the front doors of a restaurant. A group of convention attendees were tracking down their Uber ride.

It's what you would expect to see on a trip downtown, but last Saturday as St. Patrick's Day celebrations came to an end, one visitor caught a very different scene on camera.

"I was just shocked," Bryan Gomez said of the brawl he recorded on his cell phone. "I never expected that to happen."

Gomez said he was coming out of a Washington Avenue restaurant when he heard shouting between a couple of groups of people on the street.

Within seconds of starting a cell phone recording, people were throwing punches and kicking a man on the ground.

Gomez posted the video to his Facebook for friends, but soon it had spread and collected hundreds of reactions and more than 26,000 views.

"Social media is not the place to get your news," Downtown STL, Inc.'s Missy Kelly said.

Kelly advocates for the downtown area and said the fight video -- plus a shooting Thursday not far from the Enterprise center -- can give visitors the wrong impression of downtown.

"This is the place that a lot of people are coming to," Kelly said of the roughly 10 million yearly visitors. "We are very focused on making sure that it is safe and secure and that people feel safe and secure."

Numbers seem to agree with Kelly. Stats from police show crime reports downtown have dropped over the past year.

Even the man who took the fight video, Bryan Gomez, said he'll be back soon.

"It was just people that had a little bit of drinks," Gomez said.

During that process, crews also will upgrade poles to include so-called "smart city infrastructure" with wiring for cameras, ShotSpotter and pedestrian counters.