Laundrie has been indicted by a grand jury following the disappearance of Gabby Petito. A warrant is out for his arrest. 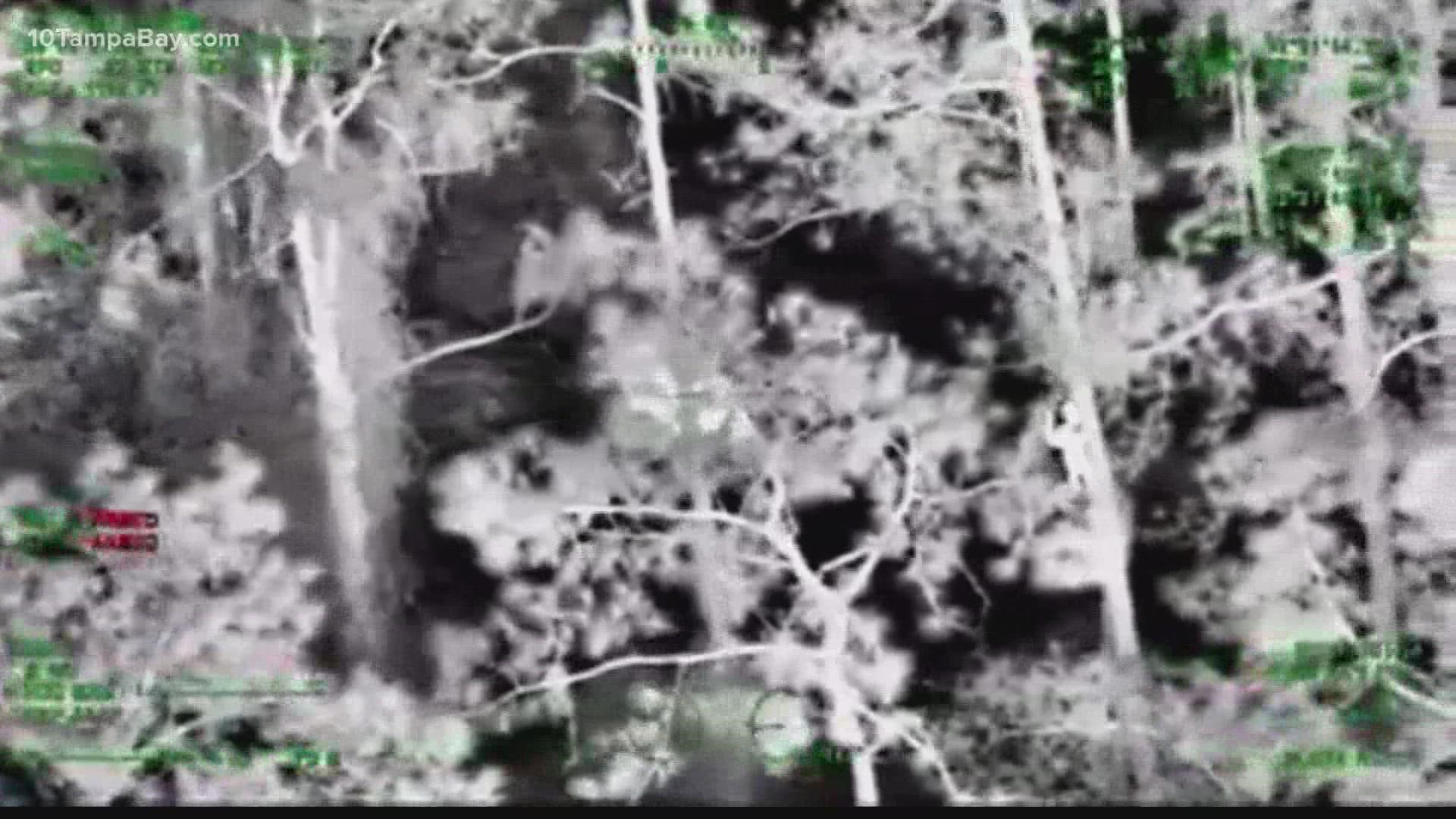 NORTH PORT, Fla. — UPDATE: Brian Laundrie has been indicted by a grand jury in the Gabby Petito case. The FBI has issued a federal arrest warrant for him. Here's a statement from the FBI.

The ground search of the Carlton Reserve has also come to an end for Thursday with "nothing found." Authorities will be back out on Friday.

BREAKING: Brian Laundrie has been indicted by a grand jury in the Gabby Petito case. The FBI has issued a federal arrest warrant for him. Here's a statement from the FBI. pic.twitter.com/tBaU6moekO

Investigators say finding Brian Laundrie could be key in figuring out what happened to 22-year-old Gabby Petito who was found dead over the weekend in Wyoming.

On Wednesday evening, the ground search at the Carlton Reserve was once again put on hold overnight, but there are still eyes in the air.

Law enforcement sources confirmed to 10 Tampa Bay that they are flying overnight, using thermal imaging in hopes of spotting any sign of Laundrie.

“The acronym stands for Forward-looking infrared,” said Brian Spillane who is with Teledyne FLIR.  The company is one of the original and leading manufacturers equipping law enforcement and the military with infrared cameras.

First put into use 40 years ago, FLIR as it’s known, has since become a game-changer for law enforcement when it comes to searching for missing people or even individuals looking to avoid arrest.

RELATED: TIMELINE | The disappearance and death of Gabby Petito: What we know

“Prior to that, if you were operating at night you’d have to throw light on something. You were limited to what the searchlight can show me. With infrared now you can operate 24 seven,” Spillane says.

It’s the same type of technology that was used in 2019 to help find a missing hiker in the middle of Hillsborough County’s Flatwoods Wilderness Park in Thonotosassa.

Spillane says the technology could be crucial in this week’s search for Brian Laundrie in the rugged Carlton Reserve terrain.

“If he’s in there, the odds of finding him go up dramatically.”

But what remains unclear is if Brian Laundrie is simply lost or doesn't want to be found. If he’s hiding, the infrared technology still has a unique advantage.

“Typically, if someone hears a helicopter they’ll try to avoid it.  They will hide behind things and even duck underwater. Infrared doesn’t penetrate water, but the effects of the infrared in the water are evident. So if you disrupt the current, there’s a warm and cold layer. You turn that and that will be revealed. Someone’s face is sticking out so they can breathe - it will stick out like a sore thumb.”

And it’s not just at night.  Experts say the same tool can even help officers during the day.

“The suspect could be right there and with a pair of binoculars, you wouldn’t see them because they would blend in with the background.  But even in daytime operations, the infrared camera can certainly spot a hotspot.”