Eric Catalano's picture of his tattoos has been shared millions of times on social media. 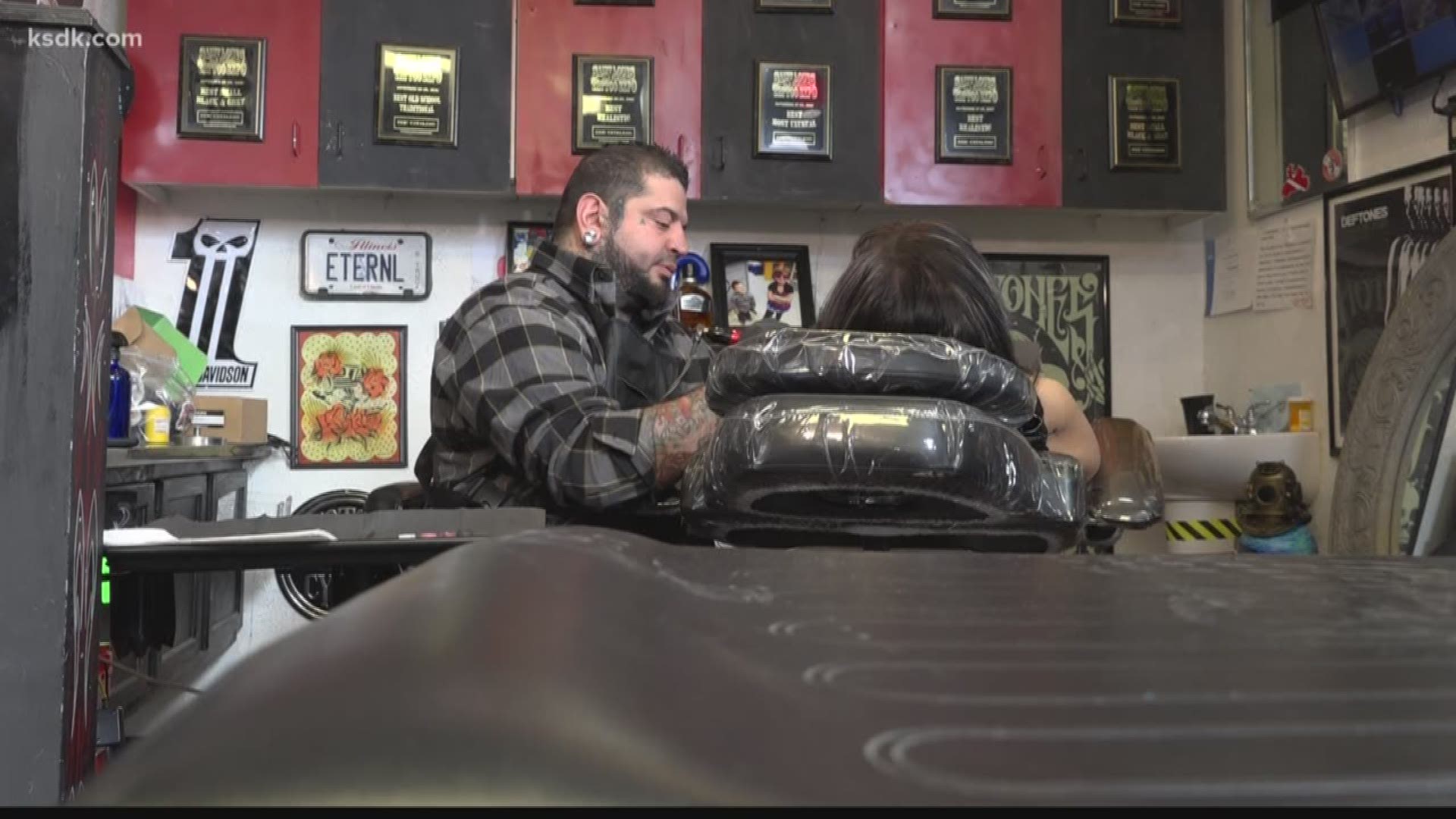 HECKER, Ill. — You've probably seen this picture on Facebook or Instagram, but did you know the man responsible for it lives in our area?

Eric Catalano said that fingernail tattoo is the first of it's kind.

His shop's name is Eternal Ink in Hecker, Illinois.

His craft and personality have made a permanent impression on thousands of people, and some of his work is truly life changing.

"Oh, the whole journey coming to today has been amazing," said Darlene Rhodes of Farmington.

It's amazing because Darlene has quite the story, she even wrote a book about it.

"I never feared about cancer and never thought about it before and then I was diagnosed with it," explained Darlene.

It was breast cancer.

"One year from today I was diagnosed with breast cancer so that's the reason we're getting tattoos today," added Darlene.

"When I started tattooing in the first place it was to be a rock star, ride motorcycles and party," joked Catalano.

But those days are long gone.

"The more I kind of got over that whole part and grew up the more I wanted to use tattooing as a way to give back," Catalano said.

It started with an awareness campaign after Eric's grandma was diagnosed.

"I'm not saying I'm against raising awareness, but who's not aware of breast cancer," Catalano said.

That's when he knew he had to do something.

"I was like you know what, I'm going to start doing these nipples, I'm going to learn how to do the ultra-realistic nipples and I'm going to give those away for free," added Catalano.

He's now given back to hundreds of women who've had a mastectomy.

"This to me was just such a beautiful gift, just another favor of God," said Darlene.