Thankfully no one was hurt in the situation, but police said more than two dozen people were stuck inside the grocery store for hours. 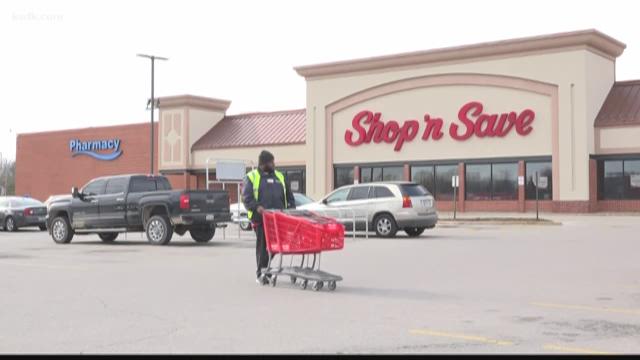 ST. ANN, Mo. – A standoff left dozens of people stranded at a Shop N Save in St. Ann Tuesday evening.

Thankfully no one was hurt in the situation, but police said more than two dozen people were stuck inside the grocery store for hours.

This happened after a man barricaded himself in his car threatening to commit suicide.

Police responded to the incident just before nine and officials said the standoff lasted around six hours.

Officers did receive help from some of the man’s friends to persuade him to surrender. During that time everyone inside the grocery store was instructed to stay put.

Ambrosia Harrison said her husband was inside the grocery store, and it was one of the scariest feelings waiting for him to come home.

“For me the biggest issue was the fact that I didn't know what kind of weapon the gentleman was using or what state of mind he was in. It was a big kind of panic for me because they weren't giving him any information and I couldn’t find anything online about it either,” Harrison said.

Wednesday, police confirmed the man responsible was an army veteran who served two tours in Iraq, therefore they believe he was experiencing some mental health issues.

Officers said they're not sure if he will face any charges. However officials confirmed they’re working hard to make sure that man has no more contact with any firearms.