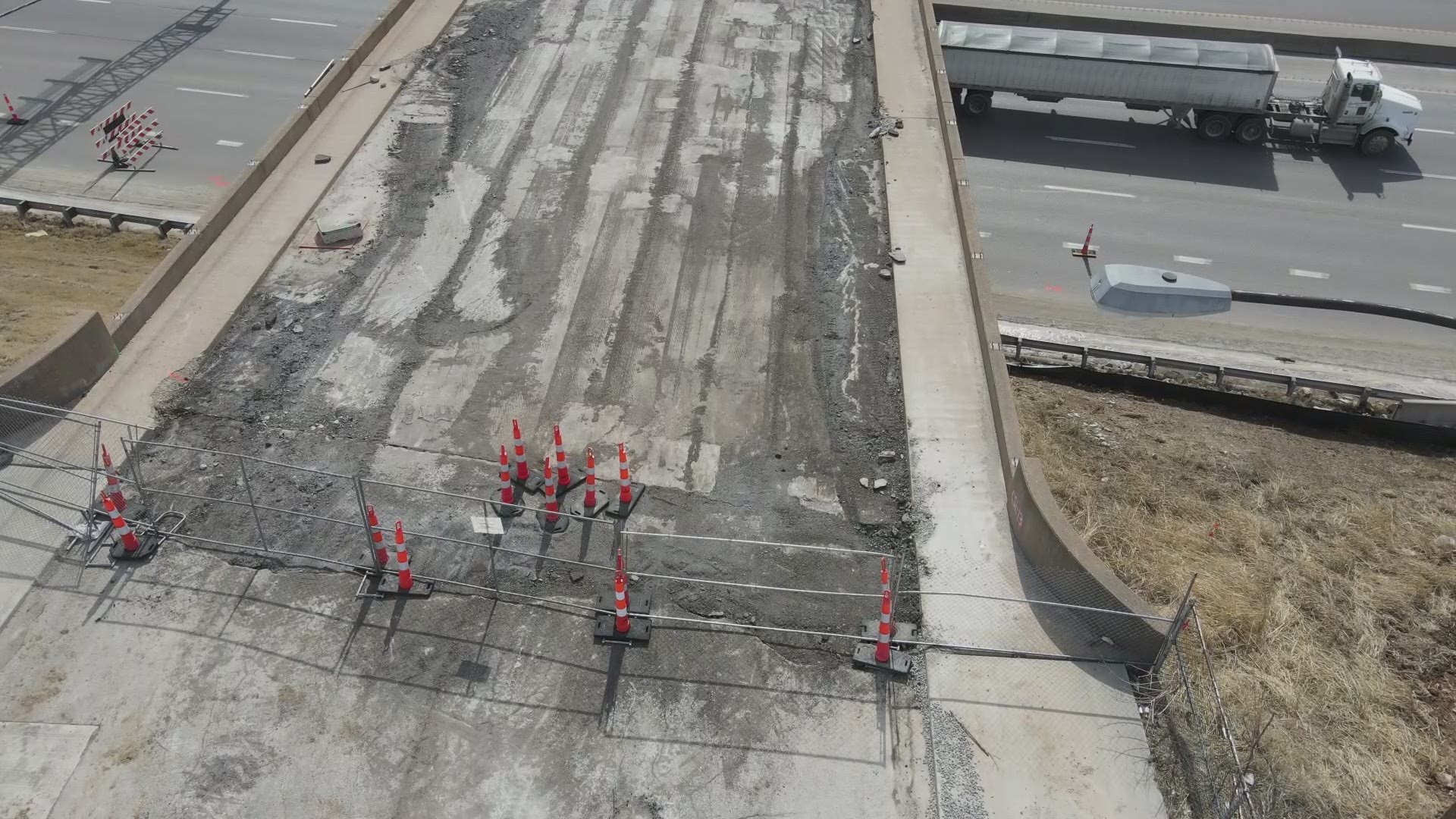 JEFFERSON CITY, Mo. — Take it from a maintenance worker with the Missouri Department of Transportation. Lives are at stake when you drive on a stretch of road where there's construction in progress.

Jack Kirtlink, a maintenance worker in MoDOT’s Northeast District, was one of the dozens of MoDOT employees hit in 2020 while driving those protective vehicles known as truck/trailer-mounted attenuators.

Despite signage and flashing lights, a motorist crashed into his "buffer truck" at 70 mph, and the TMA ended up underneath the driver’s truck. In 2020, MoDOT's protective vehicles were struck an unprecedented 48 times.

TMA crashes have resulted in 32 injuries and one fatality since 2018, according to MoDOT. These crashes almost always occur because a driver is not paying attention and/or driving too fast for conditions.

“We’ve got a job to do, and we want everyone to be safe,” Kirtlink said. “Just pay attention and slow down, that’s all we’re asking.”

“We need drivers to work with us,” said State Highway Safety and Traffic Engineer Nicole Hood. “Last year, 27 lives were lost in work zone crashes. It’s on all of us to step up and make smart choices behind the wheel.”

MoDOT points out there are two actions every driver can take to help protect themselves and those working along the highways: buckle up and put the phone down. In 2020, 74% of vehicle occupant fatalities in work zones were not wearing a seat belt. Distracted driving remains a leading contributor to work zone crashes.

Speeding is also a growing concern in work zones. MoDOT is partnering with the Missouri State Highway Patrol for OPERATION PROTECT to enforce speed limits in some of the state’s top work zones throughout the construction season.

MoDOT has piloted the use of real-time digital alerts (Makeway Safety and HAAS Alert) on emergency-response trucks and is expanding the installation of HAAS Alert to more than 500 vehicles. The technology enables MoDOT vehicles with emergency lights flashing to send alerts to motorists through tools such as the WAZE navigation app, giving drivers early warnings on approaching work zones.

Visit MoDOT’s Traveler Information Map at www.traveler.modot.org and find out what work zones you’ll encounter before you go.