Bystanders nearby pulled the 14-year-old to safety and she was taken to the hospital with minor injuries. 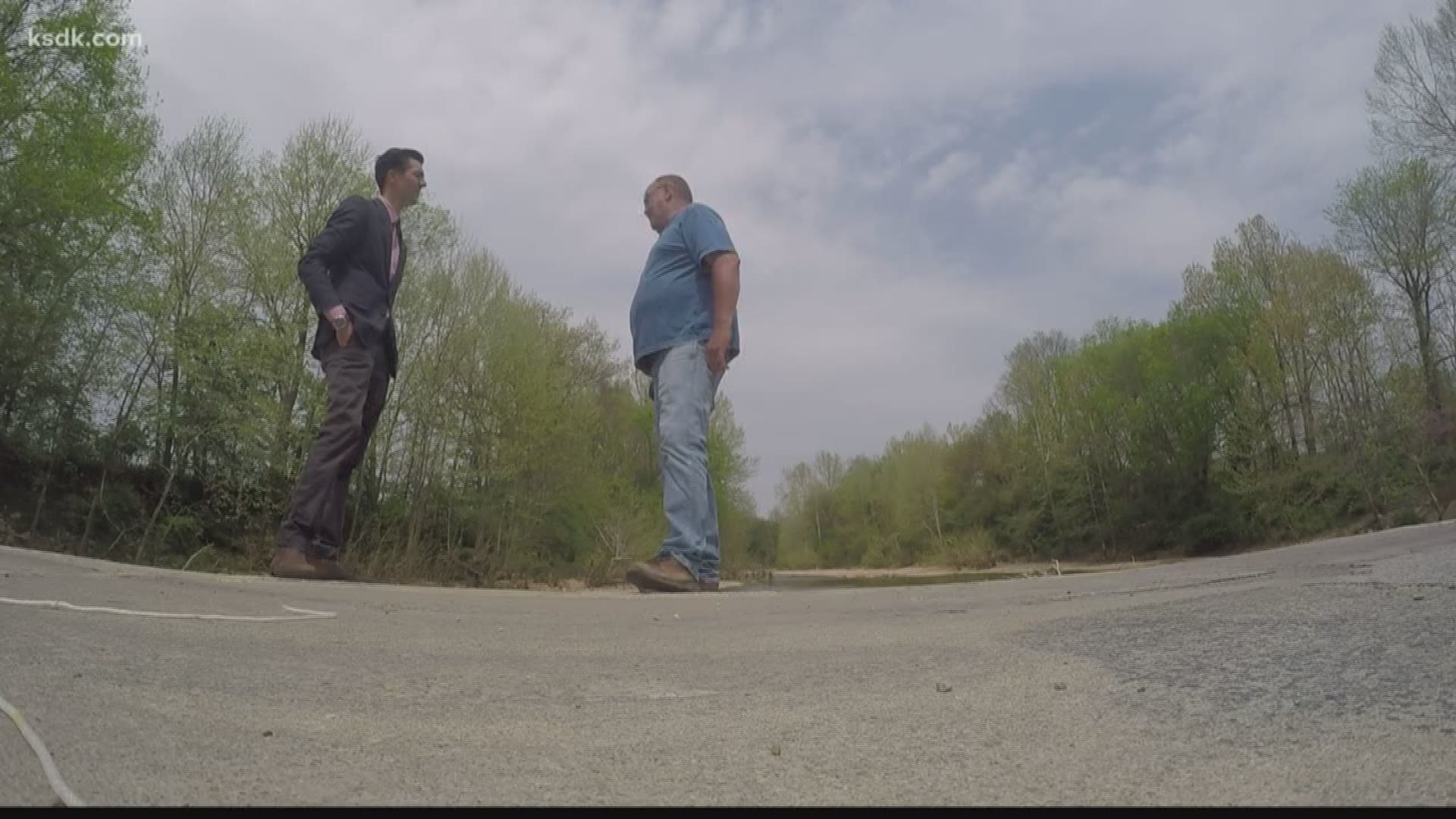 JEFFERSON COUNTY, Mo. — An afternoon swim turned into a terrifying rescue after a teenager was pulled into a drainage pipe Monday afternoon in Jefferson County.

It happened at Plattin Creek Near Festus at a swimming area called "The Slab".

Dutton knows just how dangerous the area can be, his cousin died in the same spot years ago.

"They were Boy Scouts and they were all swimming and they all thought he went back to the car, then his aunt was walking through and kicked something and reached down and pulled him up and he was gone," added Dutton.

Monday night, another accident, this time involving a 14-year-old girl.

She got sucked into the pipe, but water flushed her out the other side, as people nearby waited to pull her to safety.

Dutton and others visiting the popular swimming spot say thankfully the girl made it out with only minor injuries.

The director of the ambulance service who drove the 14-year-old to the hospital tells 5 On Your Side he wants to caution others to stay away from the drainage pipes at Plattin Creek, especially when water levels are high.