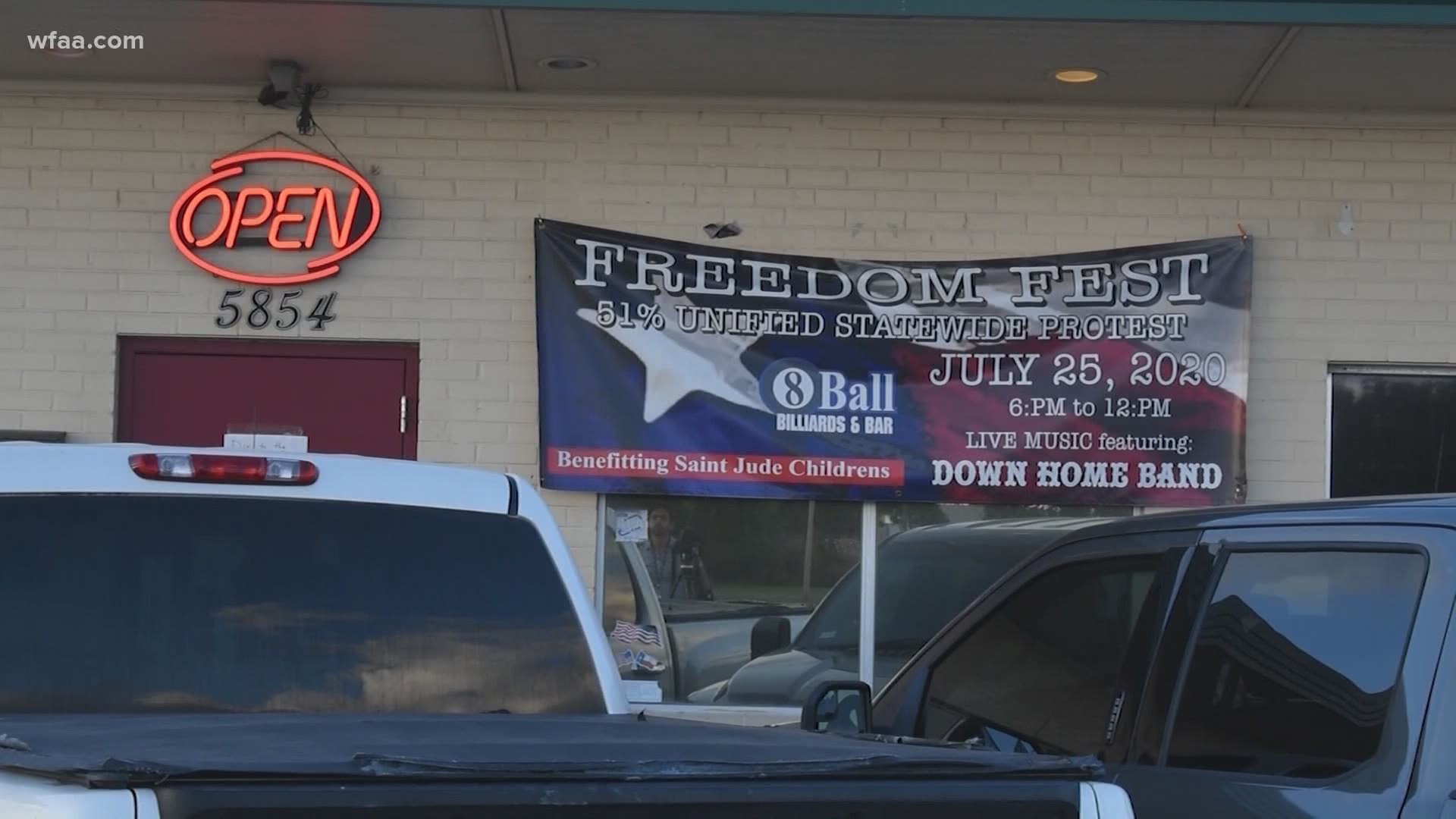 Abbott signed the June 26 order to curb rising coronavirus cases after businesses reopened. The order forced businesses that bring in 51% or more from the sale of alcohol to close indefinitely.

Rail Head Live allowed 40 people into the Joyce Drive venue for a concert.

“Defying the most powerful state in the union, that’s pretty punk rock,” Polone said onstage before the music started.

Fort Worth police showed up and entered the venue but did not shut the event down.

Polone told the police alcohol was not being sold or allowed at the event. The staff asked guests to maintain social distancing inside the building. Temperature checks and masks were also required for entry.

“We’re trying to do this safely and responsibly,” Polone said. “It’s not a free-for-all party.”

In a post on Polone’s public Facebook page, he estimated 800 bars planned to participate in the Freedom Fest protest, however, it’s unclear how many actually opened.

One bar that did open in solidarity was Eight Ball Bar and Billiard. The west Fort Worth businesses had a full parking lot and the “open” sign lit up Saturday.

There was also a Freedom Fest banner hanging over the door.

“That’s what this is all about, standing up for what you believe in,” Polone said.  “Standing up for the businesses that are being lost every single day.”

Polone’s event ran its course without being shut down, but he told WFAA he could face a 60-day suspension for opening a second time.

A third strike could cost him his license for good, Polone said.

“This is what America’s all about right here,” Polone said. “Standing up for what you believe in, win or lose.”