VERIFY: Did a St. Louis area 13-year-old vote in the election? 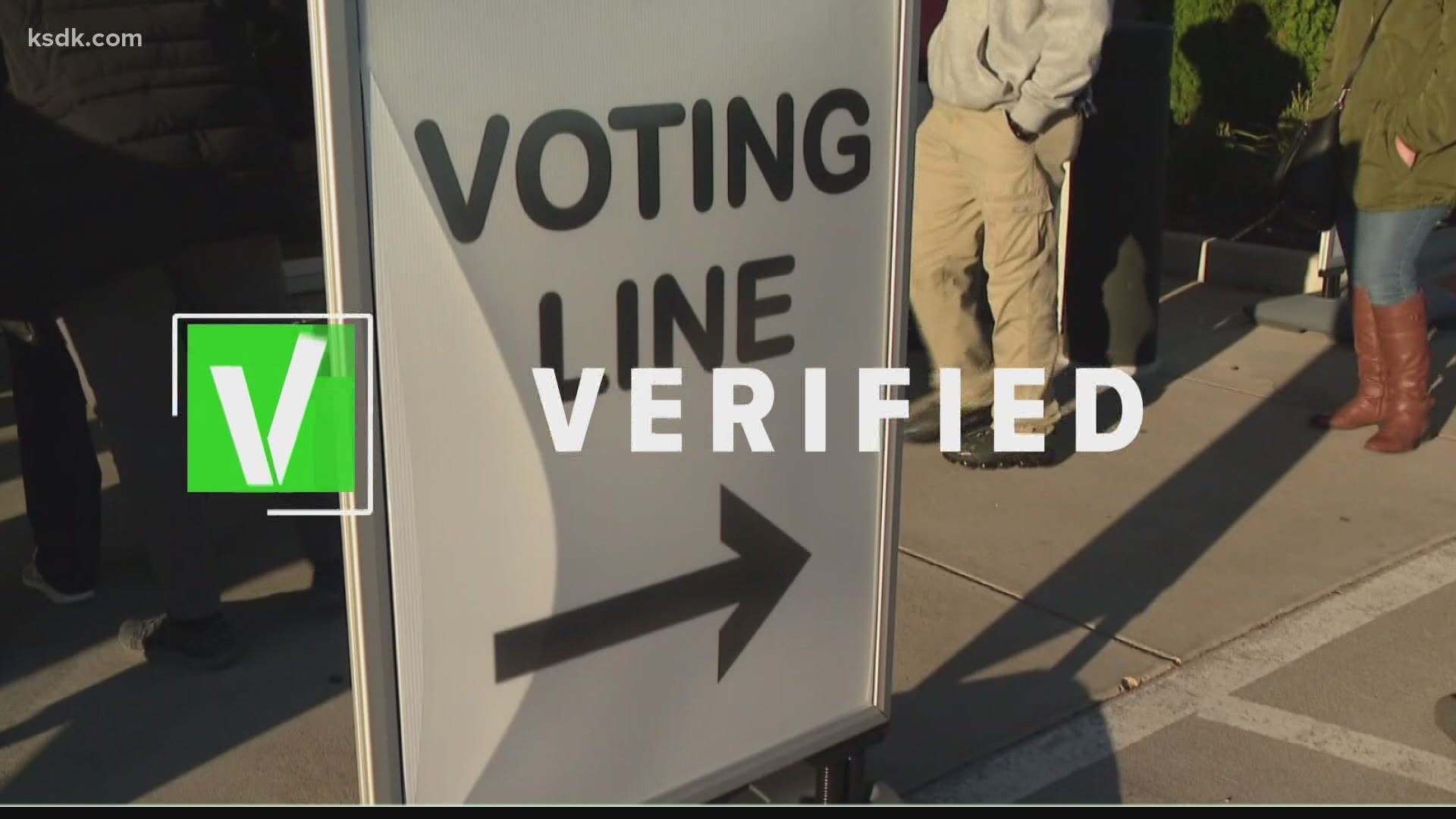 ST. LOUIS — The 5 On Your Side VERIFY Team got several requests from viewers to look into a recent Facebook post.

The post said: “We all voted, even my 13-year-old daughter! She learned an important lesson too, that it is illegal to ask for identification at the polls because we are against voter suppression."

The VERIFY team was able to find out the person who created the post is a resident in St. Clair County, Illinois.

5 On Your Side blurred his name because the purpose of the VERIFY team is to fact-check and stop the spread of misinformation. It is not our priority to shame or publicly call out private citizens.

When we showed Holbrook the post, it was hardly the first time he’d seen it.

“This case has been reported to our office by multiple sources. Our office requested an immediate investigation by our state's attorney’s office. State's attorney investigators and law enforcement investigated and filed their report with our office the same day. They found the father was being sarcastic and regrets posting this Facebook falsehood. This father and mother did vote, their daughter did not vote or even attempt to register to vote,” Holbrook said in a statement.

5 On Your Side can verify this post is false. But, it’s a good example of how fast misinformation can spread. What can we VERIFY for you? Let us know via email at verify@ksdk.com