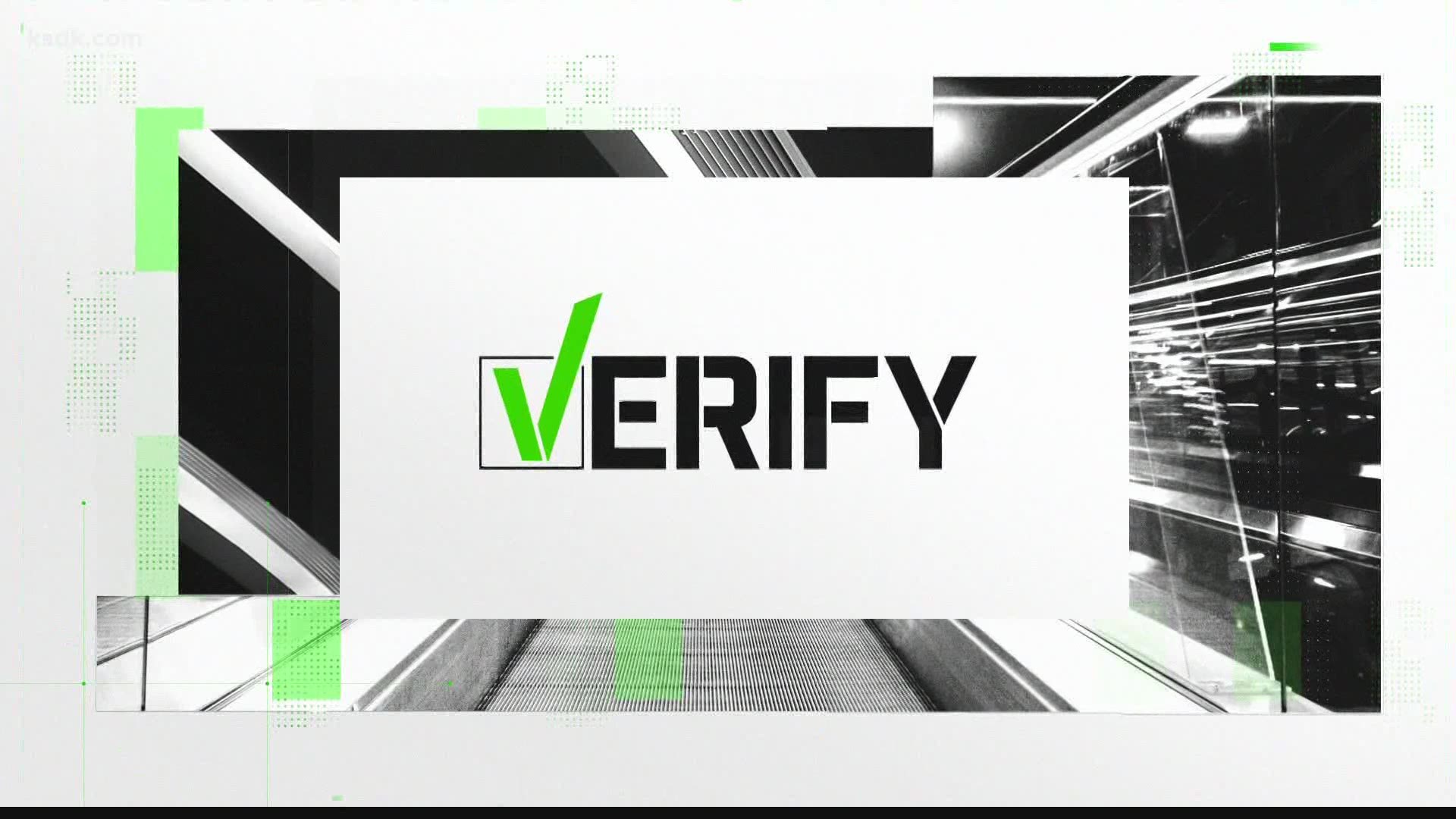 ST. LOUIS COUNTY, Mo. — The Verify team is working for you as you prepare to head to the polls on Aug. 4th.

The team is working to Verify different claims from the Democratic St. Louis County Executive debate on July 22.

St. Louis County executive candidate and businessman, Mark Mantovani stated, “I was looking at the amount of federal funds that have been distributed associated with COVID the other day, and $30 million have been committed of the of the $173 million we got from the government.”

Our source for this fact check?

We crunched the numbers to see what they looked like a couple days before the debate. We found $12.6 million had already been spent and an additional $36.2 in commitments. Commitments are purchases placed that haven't been delivered yet.

That's a total of $48.8 million of the $173 million given to St. Louis County by the federal government.

So we can Verify Mark Mantovani’s statement is false.

In addition, the amount of money spent is probably higher because county officials are still considering how much of payroll will be paid with CARES funds.

Also, the day of the debate, the county posted $1.1 million spent on small business relief.

Have something you'd like us to verify, let us know by sending an email to verify@ksdk.com.

You can watch the full debate in the player below: