The boy's father is pushing for reform to the school's bullying policy. 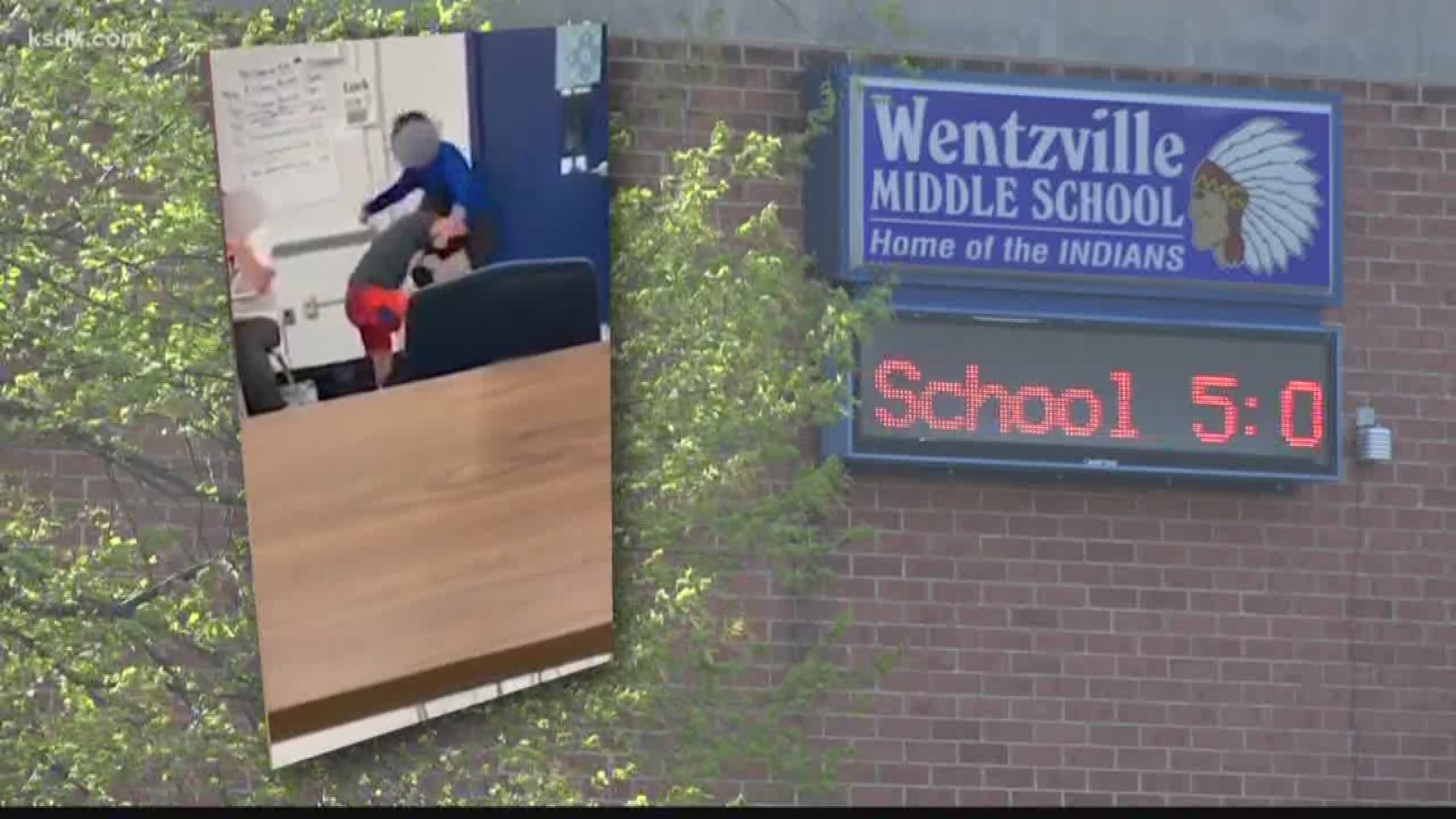 WENTZVILLE, Mo. — The video is hard to watch. It shows a Wentzville Middle School student being punched 19 times in the head, face and sides as he tried to protect himself.

When 5 On Your Side spoke to the boy's father, it was only the second time Patrick Vining watched his son being punched in the face at school.

When he first saw the video, he thought his son may have had something to do with it.

"So, you went into it with an open mind thinking, 'I might have to reprimand my son as well?'" 5 On Your Side reporter Brandon Merano asked the boy's father.

Then he saw the video.

"And that changed everything," explained Vining.

"There's no way you can call that a fight because it wasn't a fight. It was an assault on my son," added Vining.

An assault that went on for more than 10 seconds before anyone stopped it.

So, we asked the Wentzville R-IV School District what they tell their teachers to do in a situation like this. This is the reply we got:

"In terms of staff expectations, in the case of a physical altercation, we ask that staff direct the students to stop and contact the office for assistance."

Now, Patrick and his son Ian are fighting for change, releasing this video to help others dealing with similar situations at school.

The Wentzville Police Department told 5 On Your Side it's investigating the fight, but since it involved a juvenile they couldn't comment any further.

Here is the full statement 5 On Your Side received from the Wentzville School District:

"The video referenced and shared on social media is disturbing and we take any harm to our students or staff very seriously. We regret that this situation occurred, and although we cannot share specifics with regard to students or disciplinary matters, we can share that the incident was investigated immediately and reported to local law enforcement. The safety of our students is always our primary concern and we are committed to providing a safe learning environment for all students."

Are you or your child being bullied? Here are a few resources that can help: