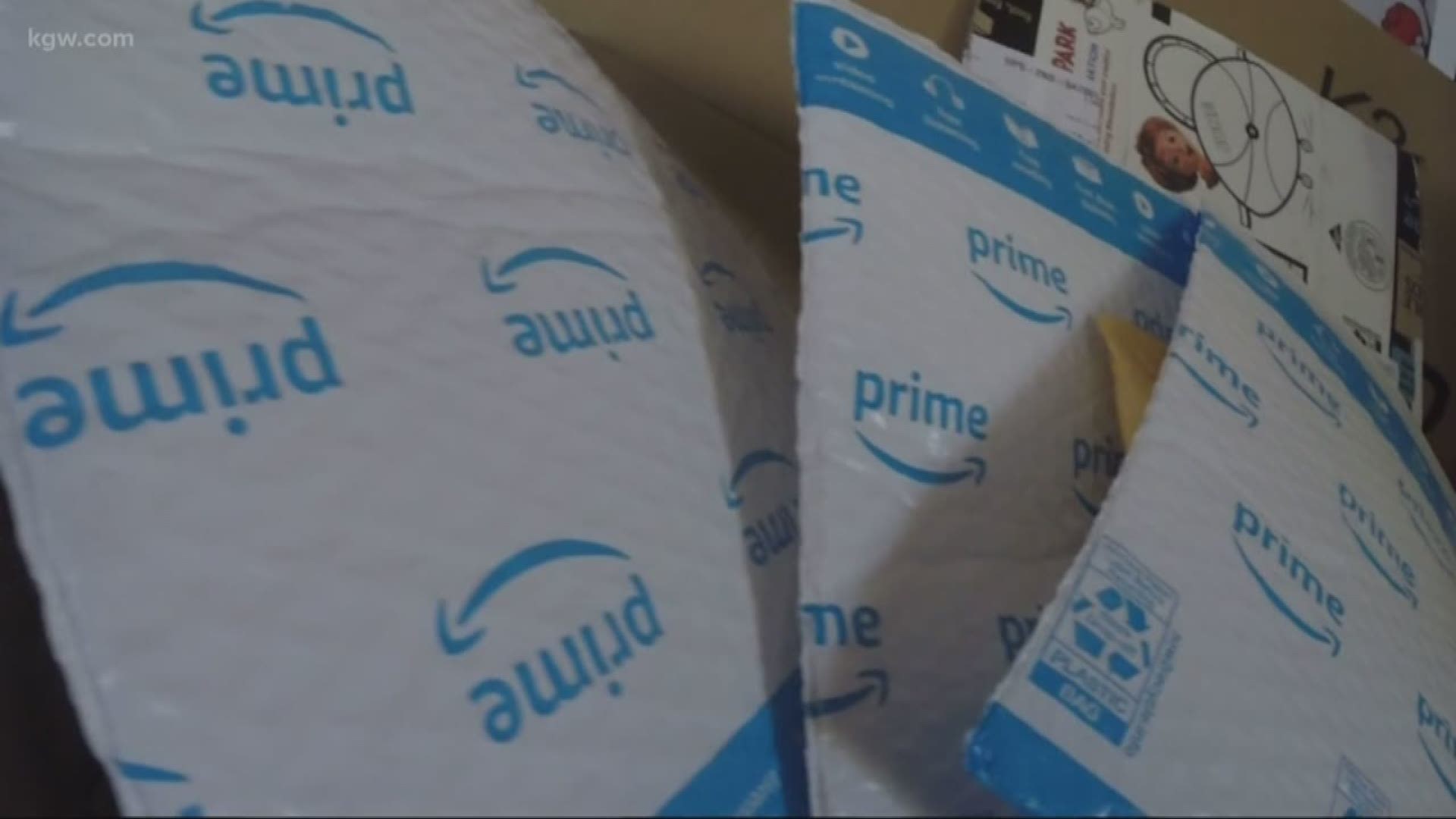 PORTLAND, Ore. — A couple of roommates in Northeast Portland have been receiving mysterious packages from Amazon that they didn't order or pay for.

The company says it's investigating.

"We are investigating this customer's inquiry about an unsolicited package, as this would violate our policies. We remove sellers in violation of these policies, withhold payments, and work with law enforcement to take appropriate action," an Amazon spokesperson said.

The packages are filled with random items. In addition to curiosity about where these packages are coming from, the two said the past couple weeks of mystery deliveries has them feeling uneasy.

One of the roommates, Annie, who asked KGW not to use her last name, suffered a tragic experience in her past when a family member was murdered. For her, she said the packages feel ominous.

Annie's roommate, John Schmidt, said the deliveries are disconcerting. The packages have contained random items, from balls to a blanket, even a juicer.

"What is going on?" he said. "Befuddlement that I get these packages, one after another. I'm going, 'That's nice, someone thought maybe I needed a foot massager.' I have no use for them."

Credit: KGW
John Schmidt looks at Amazon packages that have been delivered to his home, with his name on them, even though he didn't order them or pay for them.

This isn't the first time something like this has happened. Similar stories have popped up across the country. Some believe the packages are being sent from sellers so they can play the system and leave phony positive reviews for their items.

Schmidt said the packages have been showing up at his door from an anonymous person, but they're addressed to "John" and have his cell phone number on the outside of the packages. When Schmidt called Amazon, they couldn't help him.

"We have no idea who's doing it," Annie said, shuffling through some of the items in the packages.

These two roommates, unsure what recourse there might be, are trying not to let these mystery packages rattle their nerves.