Is one of the most haunted roads in the country in Thornton?

An 11-mile stretch of Riverdale Road between Brighton and Thornton is home to urban legends of hauntings and phantom joggers. 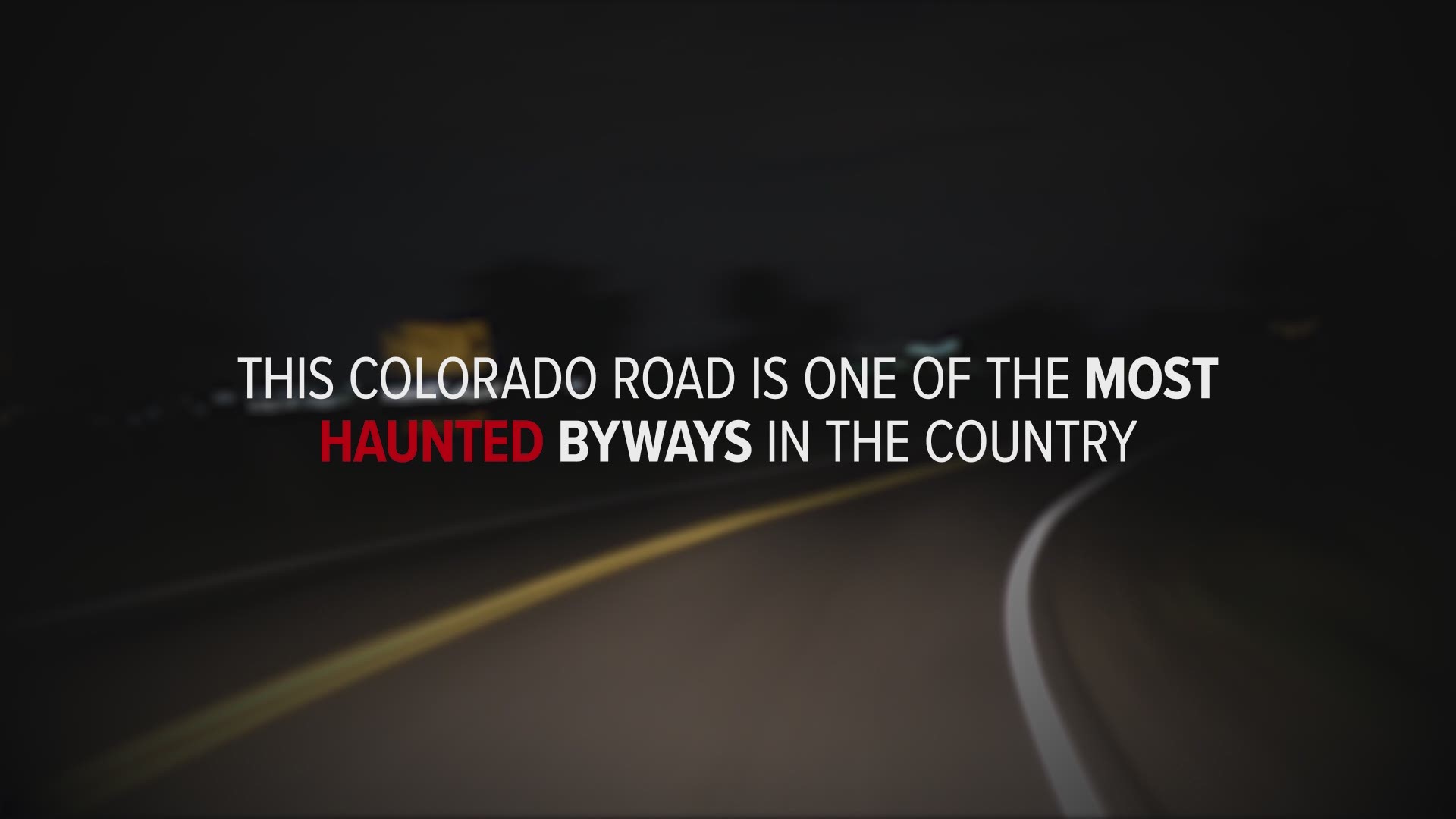 It takes a lot to scare Stephanie Smith. She’s one of the co-founders of the Denver Ghost Hunters, and spends a lot of time doing investigations in the city’s spookiest places.

But she said she had a rare feeling of fear on Riverdale Road, a winding 11-mile road that connects Brighton and Thornton.

“I found this one spot, and I said ‘I think there’s something here, I don’t feel alone,’ you know what I mean?” Smith said. “We had a camera crew, visiting investigators, we’re taking pictures, listening, trying to see if we’re catching anything on camera.

Credit: 9NEWS
Driving along a curve on Riverdale Road.

“I start walking on this one side of the road, I start to feel really nervous … and it looked like out in the distance, I could almost see the shape of a man. I remember these cowboy boots and that they were walking toward me, and I felt really freaked out.”

Smith said some photos showed orbs following her, and she said she ran past the group and the camera crew, afraid of what she experienced.

“So I walked to the other side of the street, and I felt fine,” Smith said. “Over the years, I’ve brought different groups to this area and I don’t tell them anything about it, so I have them walk where I walk and a lot of people, especially women, have this feeling like someone’s going to get them.

“Not on the east side, only on the west side of the road.”

Smith said she can’t find any history to explain her experience or what may have happened on this side of the two-lane street.

Riverdale Road has a history of alleged hauntings and urban legends -- from the existence of the literal “Gates of Hell” to the story of a man who lost his mind and burned his entire mansion while his family slept inside.

The road is also home to so-called “Jogger’s Hill,” where the ghost of a murdered jogger is rumored to follow cars and tap on their sides. Other urban legends involve a phantom Camaro and the vision of bodies hanging from the trees during the full moon.

Of course, there’s no real historical evidence of this anywhere — outside of multiple blogs and videos of it on YouTube. Nevertheless, Thornton Police Department spokesperson Matt Barnes said he’ll receive media inquiries about Riverdale Road once every few years, particularly around Halloween.

“After speaking with dispatchers, we are aware of the urban legends out there regarding this road and how it might be haunted,” Barnes said. “However, we have not been able to remember or locate any calls for service worth mentioning that would be in any way related to these urban legends.”

Smith, who doesn’t live far from Riverdale Road and sometimes drives it to put her son to bed, said it’s a beautiful stretch of pavement — especially in the late afternoon.

At night, it can be treacherous to drive, with numerous curves and few streetlights.

Barnes said there have been 33 property damage and injury accidents on Riverdale Road in 2019. There have also been numerous fatal crashes in recent memory, according to Barnes, who has spent 30 years with Thornton Police.

Credit: 9NEWS
An almost-full moon as seen from Riverdale Road.

“There have been several fatal crashes on the roadway during my tenure here, basically due to its winding nature and excessive speeds these drivers attempt on the roadway,” Barnes said.

Barnes said officers have conducting welfare checks on people seen wandering around the area, but have always encountered a real person, rather than an apparition.

The winding road runs through cottonwood trees and open space, with a view of planes taking off from Denver International Airport in the distance.

The location of so-called Jogger’s Hill is rumored to be near 120th Avenue, and there are different accounts about where you can find the “Gates of Hell.”

Smith, who said she doesn’t know too much about the urban legends, said she definitely has a feeling on this road.

“If you stand in the right spot, you experience these moments of dread,” she said.

Believer or not, Riverdale Road remains a source of fascination for ghost hunters. Smith’s advice if you’re doing your own investigation? Be careful driving or walking on the road — especially at night, due to its winding nature and blind curves.

In addition, she said to only explore places where the public is allowed.

Credit: 9NEWS
A no trespassing sign along Riverdale Road in Thornton, Colorado.

Barnes said there has only been one result call to police about “ghost hunting” stemming from a group of teenagers who wandered onto an abandoned church on private property in unincorporated Adams County.

"The weird thing about Riverdale, the thing that is spooky, is if you do drive it, it is a beautiful road," Smith said. "We've had a lot of experiences out there, there's definitely something out there."

> Top stories curated daily just for you! Sign up for the 9NEWSLETTER to get can’t-miss stories, Next and Broncos content, weather and more delivered right to your inbox.

MORE WAYS TO GET 9NEWS

HOW TO ADD THE 9NEWS APP TO YOUR STREAMING DEVICE

ROKU: add the channel from the ROKU store or by searching for KUSA.

For both Apple TV and Fire TV, search for "9news" to find the free app to add to your account. Another option for Fire TV is to have the app delivered directly to your Fire TV through Amazon. 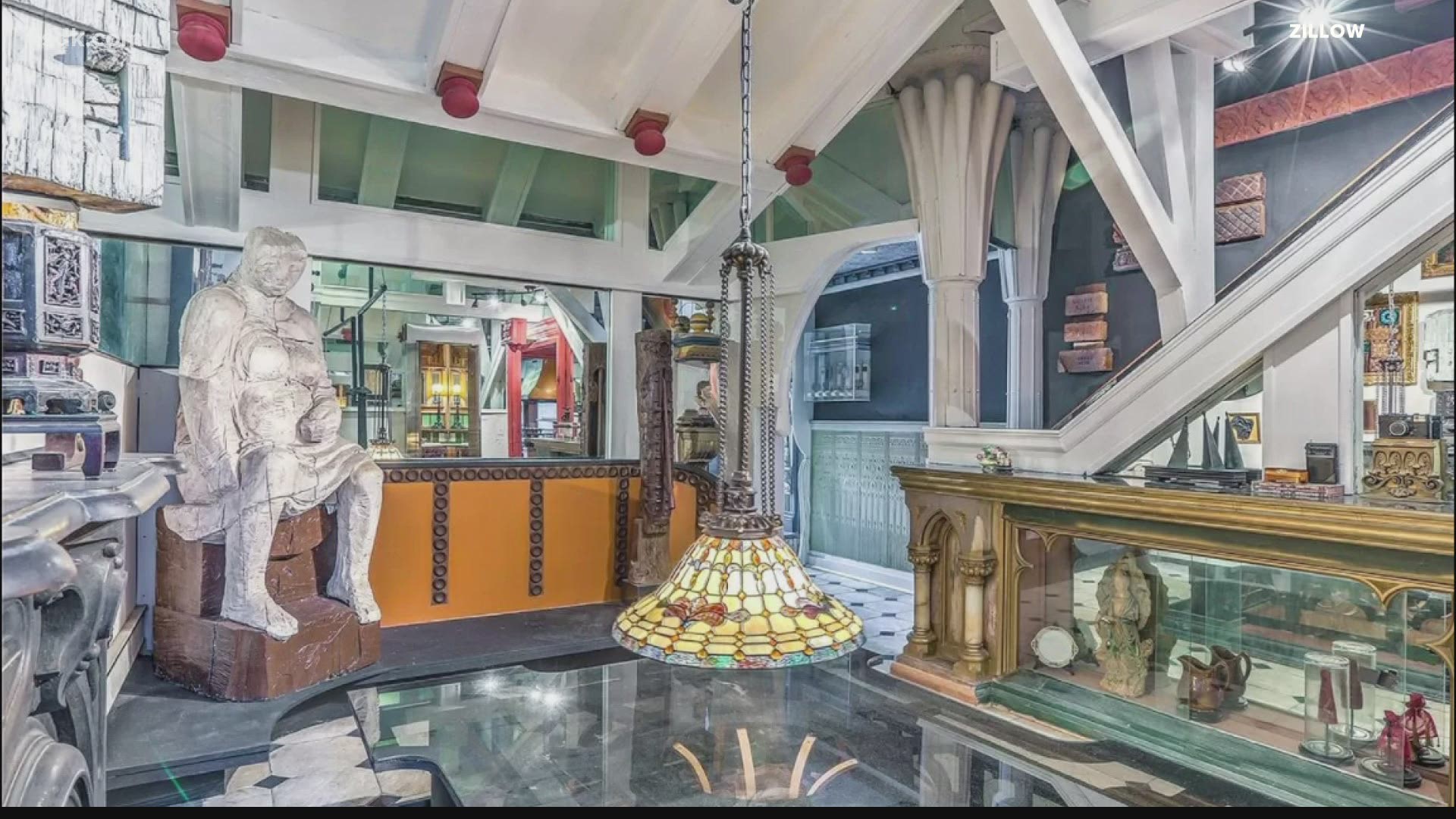 This just might be the most unique house listing in St. Louis