Matt Damon and Christian Bale are terrific as the two men who helped the Ford motor company take on Ferrari. James Mangold's film is a genuine crowd-pleaser

Ego can be a powerful thing when it comes to two countries waging war on each other. It can be seen in a number of varieties. There's the more serious variety of the United States of America battling Russia during the Cold War for nuclear weapon supremacy or fighting to get a man on the moon first -- and then there's the USA and Italy duking it out on the speedway for the fastest car.

In the mid-1960s, it was Henry Ford II's Ford company going against Enzo Ferrari's high-powered vehicles in the relentless 24-hour race in France, Le Mans. James Mangold's new film "Ford v Ferrari," is based on a true story, centering on the two men who played a big role in the Americans' push back against European domination. Carroll Shelby (Matt Damon), a former racer turned automotive designer; Ken Miles (Christian Bale), one of the best pure racers in the world.

Shelby was more of a people's person, a reliable face who met deadlines and toed the line while enjoying a wild streak in getting things done. Miles was more of a bad boy, cutting people off with a blunt manner of speaking and behavior that 'erratic' would only begin to help describe. Best friends who worked in different ways that couldn't be called polar opposites yet came together like a stable sports car and a true hot rod.

Mangold's new film is a rare breed. It's an Oscar-caliber film that's actually a lot of fun to watch.

Technically, it's superior to most action films this year. You haven't seen racing scenes that come off this invigoratingly sound and truly keep you on the edge of your seat. They aren't left out in the cold though, as Mangold and his screenwriting team of Jez and John-Henry Butterworth with Jason Keller fill the acceleration with plenty of gravitas and easy-to-please cinematic drama. The film never gets too high or low in telling its story, and it leaves you feeling like someone who needs to get to know their car a little better.

Damon is a fine actor, but he's more of the movie star muscle here, handling the flash and dance of the film while rocking a dead-on Southern accent that only gets better as the running time adds up. Bale has the juicier role and nails every facet of Miles' personality and demeanor. We should be more impressed that the actor can lose a large amount of weight at his advanced age, but it just seems like death, taxes and Bale getting into character these days.

I am beginning to think that if given the proper amount of time, Bale could play me. He's becoming the ultimate chameleon in film, able to slip into any disguise. When I think of fully disclosed actors, Daniel Day Lewis is being joined by Bale. Just wait until he collects another Oscar nomination for this film. 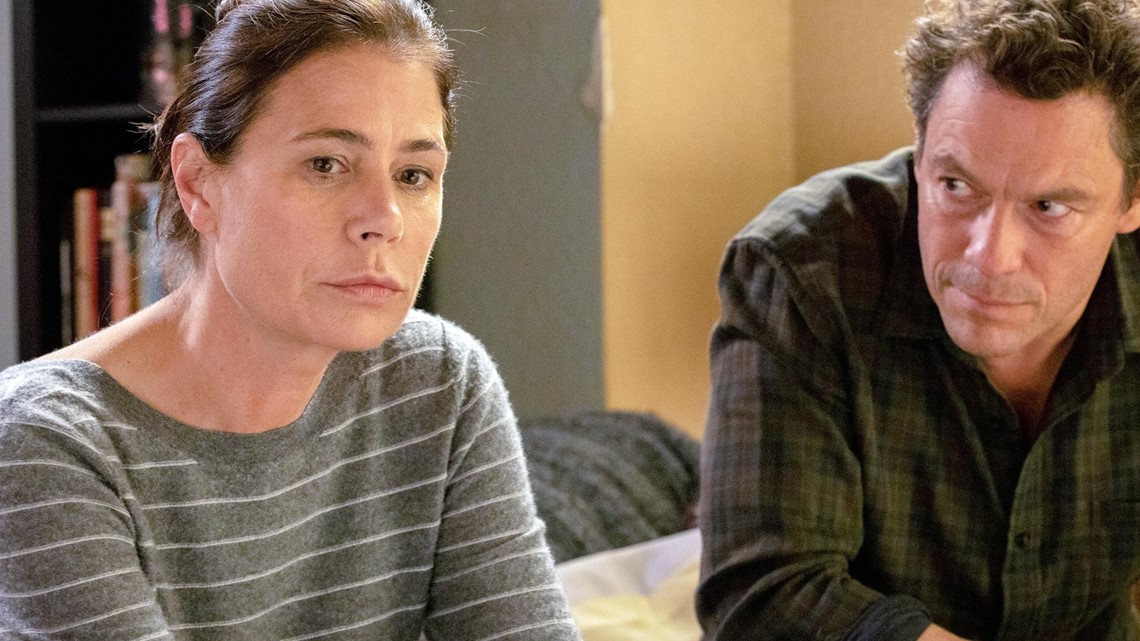 Review | Showtime's 'The Affair' wasn't a perfect show, but it had a perfect ending
ST. LOUIS - "If pain can echo through generations, so can love." Noah Solloway's (Dominic West) words, spoken in this month's series finale of Showtime's "The Affair," seemed to echo throughout the show's history. Schmaltzy at first, but after you take them in, perfectly fitting like a socket wrench into a stabilizing piece of lumber.

The rest of the cast is aces.

Tracy Letts turns in another bravura performance as the mighty Henry Ford II, and Jon Bernthal is his usual effective self as the positive Leo Iacocca. Josh Lucas, who was cringe-worthy in "Breakthrough" earlier this year, delivers a finely tuned malice-stuffed role as Leo Beebe, the Ford executive who clashed with Miles. Caitriona Balfe is very good and subtle as Miles' embattled wife, one of the most patient women of all time. As Miles' adoring son Peter, Noah Jupe will break your heart. He forms something special with Bale. They make for a very believable father-son duo.

Once again, the film has beautiful sound and looks amazing. The racing scenes are thrilling without being overbearing. Mangold recreated the infamous Le Mans race track, and you'll easily be transported back to the 60s. Phedon Pipamichael's cinematography is excellent, capturing the color and blaze of the race. Francois Audouy's production design gets all of the details right.

The film does run a little long at a hair past two and a half hours, but not to the detriment of the film's enjoyment level. Marco Beltrami and Buck Sanders' score hits all the right notes, never overwhelming you yet resisting the urge to get too low and understated.

Mangold is underrated when it comes to action, and wonderful at creating authentic and patient drama, so he was a perfect fit for this story. You'll be smiling, cracking up at the hi-jinks Shelby and Miles share and shedding a few tears in the end. It's best that you go into this film without looking up too many facts about the story. A fresh set of eyes suits a viewer best here. Let the true tale wash over you.

"Ford v Ferrari" is a genuine crowd-pleaser, a film that doesn't try to bury you in the duller parts of the story yet doesn't deprive one of the risk and reward that such a heroic story entails. Even with Shelby and Miles, Ford was David in the battle versus Goliath here, and that always makes for a fun tale. Kick your feet up here. This film is a chance to dip your feet in Oscar waters without getting depressed.

The best thing about the film? Damon and Bale's chemistry as best friends/teammates. I saw the film a week ago and can still sit back and get a kick out of their scenes together, which include a fight, a drive and a discussion at a diner about needing 3,000 years to build the kind of Ford car that could beat Ferrari. They keep this cinematic vehicle light on its feet, which in turn makes the experience more wholesome and memorable.

I'll be voting this film into some of my award ballot categories, but I really can't wait to watch it again.

Ego can be a powerful and sometimes deadly thing, but it always creates the best movies. This is one of them.

RELATED: Review | 'Doctor Sleep' is a mildly entertaining if overlong follow-up to 'The Shining' that doesn't scare much

Medical marijuana or your guns: Missourians may have to choose