'I prayed for it, but I never believed it would happen. It was like magic touching that Cup.' - 101-year-old Caroline Laska after living out her Stanley Cup dream. 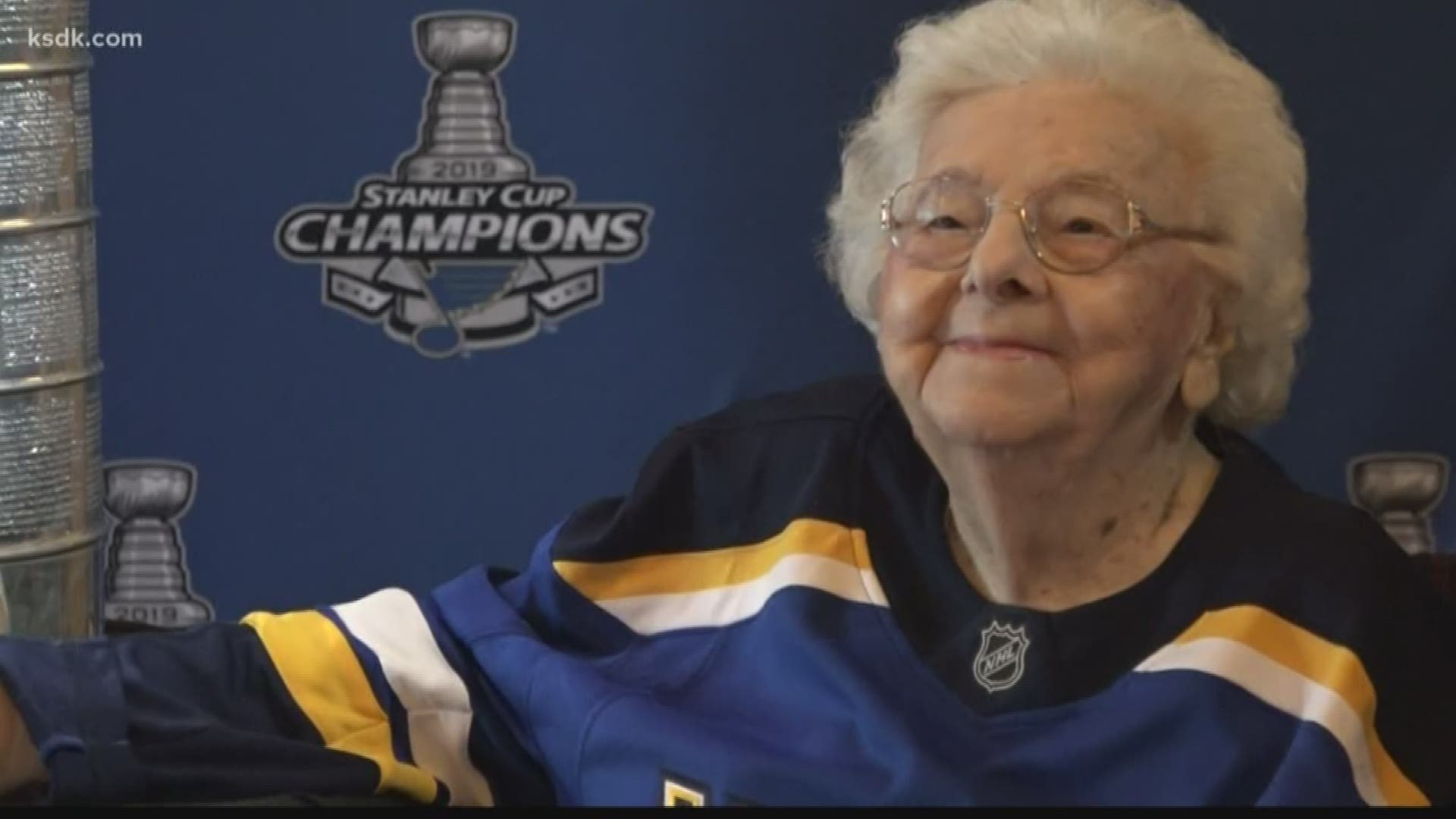 ST. LOUIS — One of the sweetest Stanley Cup moments of the summer played out at Stifel Theatre on Tuesday.

101-year-old Caroline Laska waited 52 years to see her beloved Blues finally lift the Stanley Cup. When they did back in June, her only wish was to get a chance to see the fabled trophy up close.

Watch: 101-year-old Blues fan gets to see the Stanley Cup up close

She got that chance on Tuesday.

It was supposed to be an event only for Blues season ticket holders, but thanks to the help of some family friends, Caroline saw her dream come true.

She got to spend some time with Blues Owner Tom Stillman, General Manager Doug Armstrong and of course, the Stanley Cup.

"I prayed for it, but I never believed it would happen," Laska said. "It was like magic just touching that Cup."

She also has a bold prediction for the franchise going forward...

"This is just the beginning. Now they know what it tastes like, so they want more of it," Laska said.