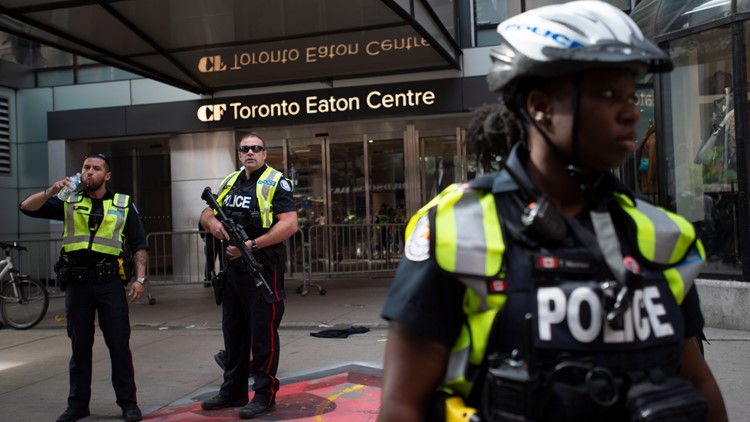 TORONTO, ON — Police in Canada are looking for a fourth person involved in a shooting at a rally for the NBA champion Raptors that left four people wounded and sent thousands fleeing less than a block from where the players and Prime Minister Justin Trudeau sat on stage.

Toronto Police Chief Marc Saunders said Tuesday they still have not recovered the gun and they are looking for a male wearing a white button down T-shirt.

Raptors fans ran from the shooting Monday in and around city hall square and the incident was captured on social media.

Toronto police said that four people were shot at Nathan Phillip’s Square, which was packed with about 1.5 million fans celebrating the Raptors’ NBA title.

Police described the injuries as serious, but non-life-threatening.

Investigators did not discuss a possible motive.