5 On Your Side Countdown: Ranking the 16 best pro football players in St. Louis history

From the Big Red to the Greatest Show on Turf, we've seen our share of all-time greats. But who's the best? Let's debate 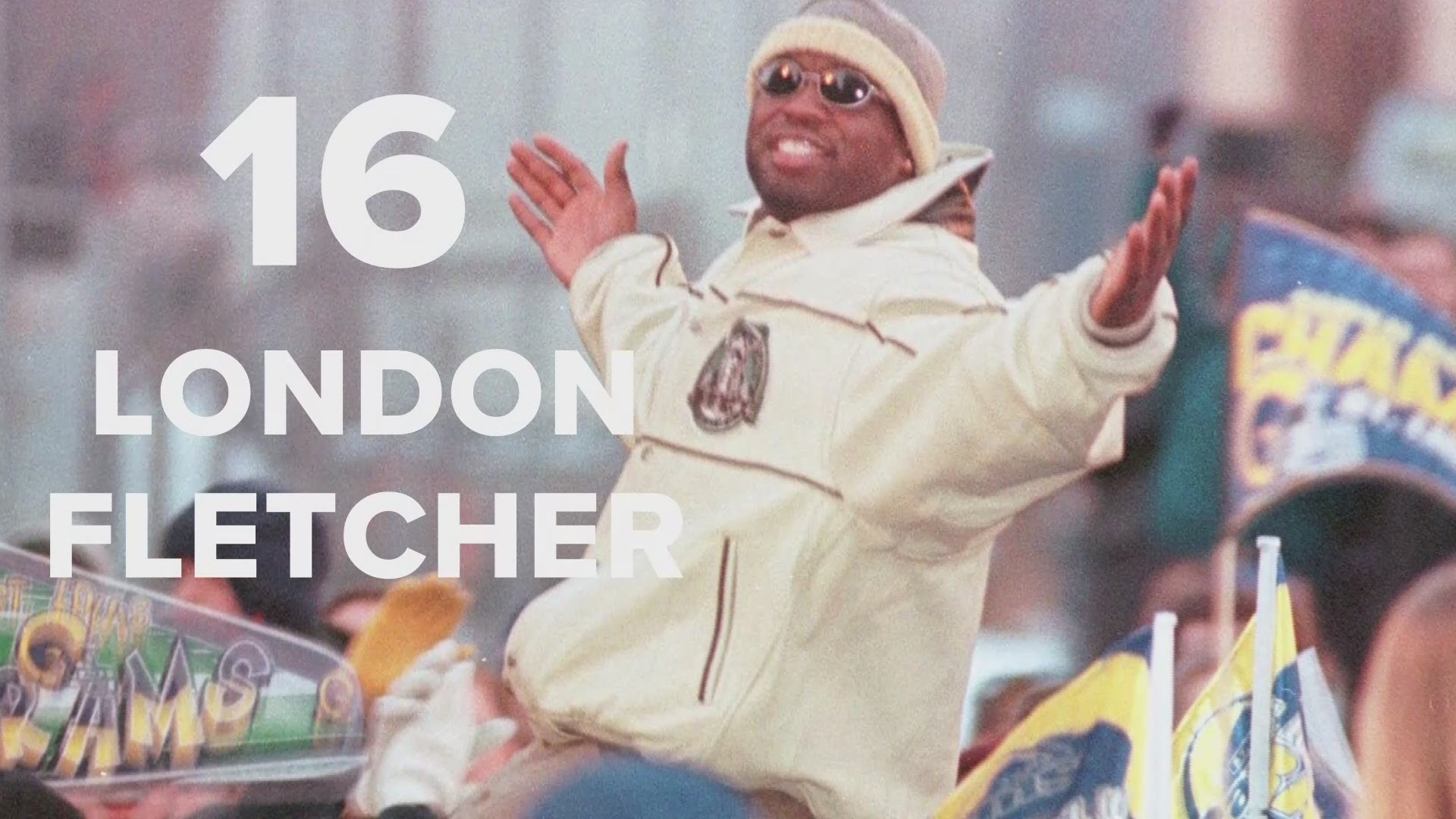 The past two weeks, we tackled the Blues all-time top 10 and the 15 best basketball players to come from St. Louis.

This week, we take on a new sport. We're counting down the top 16 St. Louis pro football players in the history of St. Louis (Cardinals and Rams).

From the Big Red of the 70s to the Greatest Show on Turf of the early 2000s we've got it covered.

If he would have been in St. Louis more than four years he'd probably be higher. But he was still a world champion here with the 1999-2000 Rams.

Fletcher is probably bound for Canton some day, never missing a game and amassing more than 2,000 tackles.

A great running back on some of the worst teams in St. Louis history.

One of the most exciting players in St. Louis Cardinals football history.

Think of Marshall Faulk but also returning kicks and punts.

Other than Kurt Warner, nobody exploded onto the St. Louis football scene faster than Anderson. He had 193 yards in his first game against the Cowboys.

In his first full five seasons, he went over 1,000 yards rushing. And ended up with 10,000 total yards and two Super Bowl wins.

He started as a defensive back and ended up as one of the biggest deep threats of the 1980s in the NFL.

Nicknamed "Jet Stream" because he flew past defensive backs.

Frank's favorite football Cardinal ever and perhaps the fastest player to ever play in St. Louis.

He averaged 19 yards a catch for his career.

"Big Game" is the only receiver ever to have six straight 1,300-yard receiving seasons.

He's still waiting for the call to the hall of fame. He should get there some day.

Hart was a four-time pro bowler and league MVP who had the strongest arm of any St. Louis quarterback.

Tom Brady is the only quarterback to play with one team longer than Hart's 18 years with the Big Red.

The Mizzou grad played in seven pro bowls, the all-decade team of the 70s and was inducted into the hall of fame.

Credit: AP
Dallas Cowboys wide receiver Lance Rentzel (19) is left empty handed in the end zone just before the half, as St. Louis Cornerback Roger Wehrli pulls in a pass intended for Rentzel and a Dallas score, Nov. 17, 1970, Dallas, Tex. The Cardinals continued to blank the Cowboys and won, 38-0. The rest of the players are unidentified. (AP Photo/Ferd Kaufman)

Don't let his incredible broadcasting career take away from his hall of fame playing career.

For a stretch of two entire seasons, he didn't allow a single sack.

The third tight end elected to the hall of fame and one of the hardest players to tackle in NFL history.

The first truly great athlete to play the position.

Credit: AP
St. Louis end Jackie Smith gathers in a 19-yard pass from quarterback Buddy Humphrey in the first quarter of the Cardinal-Washington Redskins game in St. Louis on Oct. 24, 1965. Paul Krause (26) moves in on the play for the Redskins, who won their first game of the National Football League season, 24-20. (AP Photo)

The overall first pick in the draft exceeded expectations all the way to the hall of fame.

Fifteen-thousand yards, 1,000 receptions and 91 touchdowns for the newest hall of famer.

The hall of famer is one of the best safeties to ever play football.

Credit: AP
St. Louis Cardinals defensive back Larry Wilson and his wife Dee seem humble and amazed as they are presented with more than $12,000 in gifts from their fans, Dec. 17, 1966. Wilson was runner-up to Bart Starr as the NFL's Most Valuable Player this season. It was Larry Wilson Day at Busch Memorial Stadium as the Cardinals prepared to meet the Cleveland Browns. Announcer is unidentified. (AP Photo/Fred Waters)

Warner could certainly be number one on this list.

Two MVP awards, the town's only Super Bowl win and one of the greatest stories in the history of sports put him among the all-time greats.

We all wish it could've lasted longer in St. Louis, but Warner was able to channel some magic for our town's other former team out in the desert in the twilight of his career.

The Marshall Faulk trade with the Colts is the equivalent of the baseball Cardinals' legendary Brock for Broglio swap.

There is no Greatest Show on Turf without Marshall Faulk.

Credit: AP
**FILE** St. Louis Rams running back Marshall Faulk (28) catches a pass for a 52-yard gain as teammate Leonard Little (57) cheers him on from the sideline in the first quarter during the Super Bowl XXXIV football game in Atlanta,in this Jan. 30, 2000 file photo. After sitting out last season because of a knee injury, Faulk officially announced his retirement from the NFL on Monday, March 26, 2007. (AP Photo/John Bazemore, File)

5 On Your Side countdowns:

RELATED: The 15 best St. Louis basketball players of all time

RELATED: Report: Brees to move to NBC after playing career is over

RELATED: Todd Gurley says the Rams need to pay up