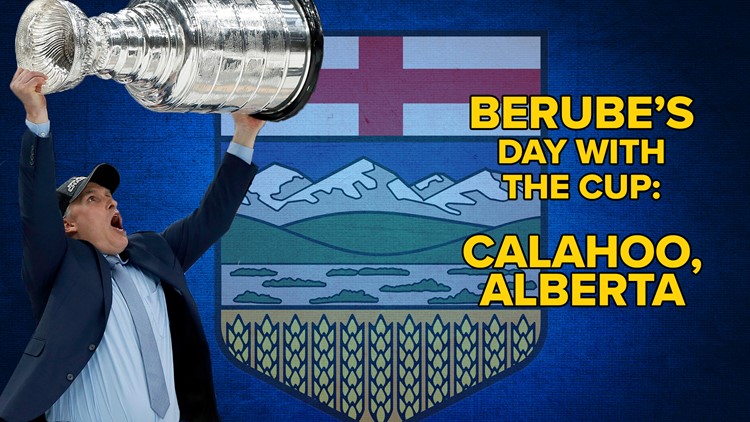 Without Craig Berube the Stanley Cup would've continued to elude the city of St. Louis.

Under "Chief's" guidance after taking over following the firing of Mike Yeo, the Blues started their gradual climb to the top.

Now, Berube is a Stanley Cup champion, and bringing the greatest trophy in sports back to his little hamlet in Alberta, Canada.

RELATED: Looking back on how the Blues fleeced Buffalo for Ryan O'Reilly

Craig Berube's childhood home of Calahoo, Alberta has a population of 85. It's about 45 minutes from Edmonton.

It's safe to say that population of 85 will balloon a bit when he brings the Stanley Cup to town on Tuesday.

Canadian television covered Berube's return to Calahoo, where they said the small town was expecting a thousand people to show up to see the Stanley Cup.