After months of being sidelined, the Hawks are back on the court 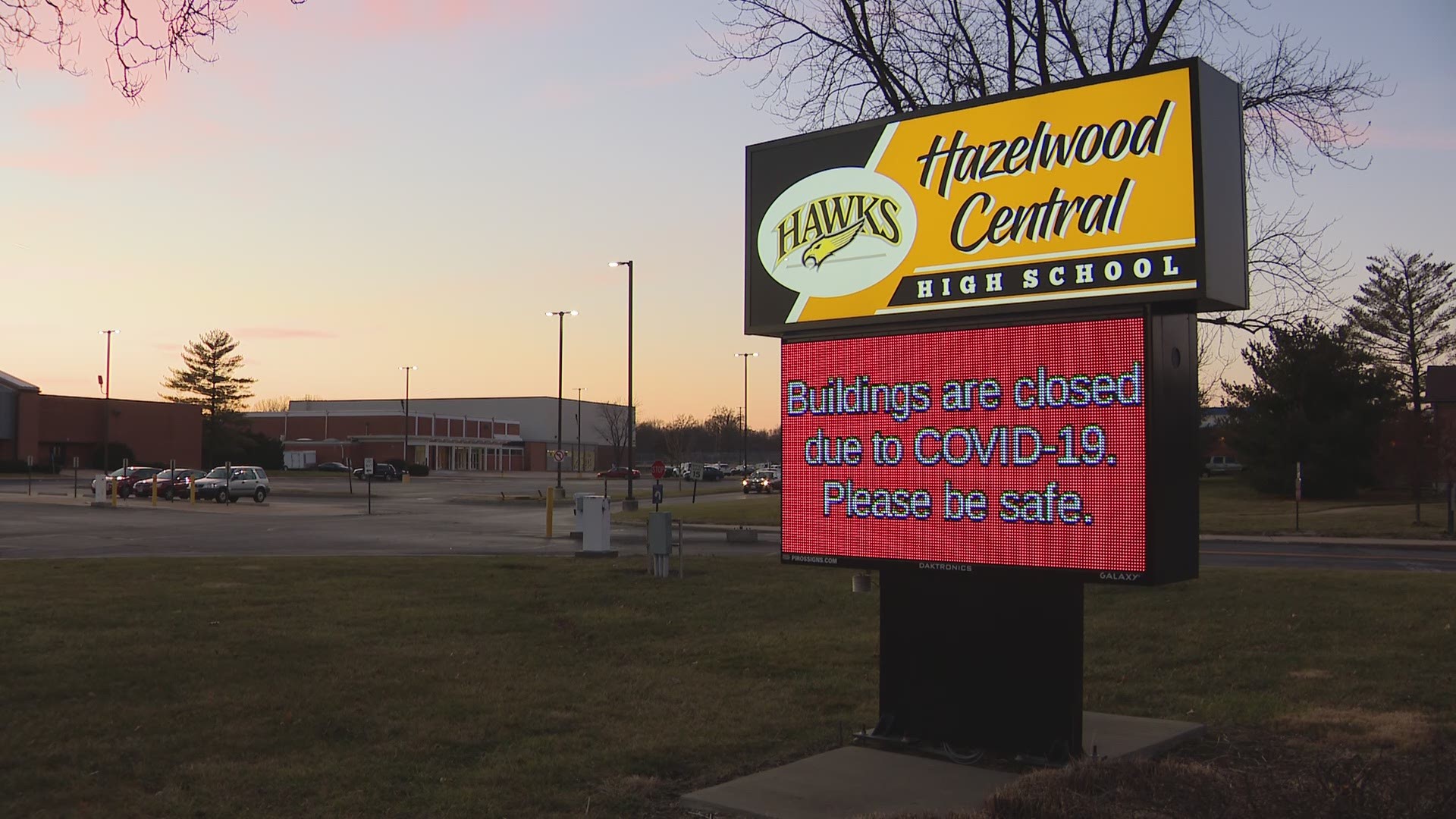 HAZELWOOD, Mo. — When you step foot on the Hazelwood Central campus, you’ll notice a lot of empty space in the parking lots and practically no one inside the school.

That’s because last summer, the Hazelwood School District switched from in-person learning to virtual, deflating many hoop dreams for the Hawks.

“This school year hasn’t been the same, kind of sucks because it’s my senior year,” Jai Graham said.

While the chances of adding some banners to the walls in the gym or some more plaques in their trophy cases seemed slim, the team never gave up hope.

It’s a good thing coach Gilmore had that thought because just a few weeks ago the Hazelwood School District gave the green light to resume sports. This means the gym that sat quietly for months is now filled with life and optimism.

With one problem now behind them, the Hawks had to focus on their next obstacle, a lack of practice time and replacing five players who transferred during the pandemic.

“To me, it is what it is, it’s just business,” said Graham the only senior remaining on the team.

Graham said he knew this year would be tough with a bunch of young guys, but he knew they would give it their all to live up to the Central standard.

“They fight hard, they play hard no matter how big they are,” Graham said speaking on the underclassmen.

In just a few short weeks of practice, the Hawks held their first game against CBC on Jan. 21. They ended up losing that game by 40 points. But as Graham and Gilmore explained, the young Hawks aren’t ducking any competition moving forward.

RELATED: 'If the paint can stick to it, then I can do it' | Local artist has no boundaries