Albert Pujols' return to St. Louis should be a celebration

There's no denying St. Louis' relationship with Albert Pujols is complicated. But this weekend should prove time heals all wounds.

ST. LOUIS — So you thought a Blues Stanley Cup championship was enough of an emotional roller coaster for June? Too bad. We're getting another dose of emotions to end the month.

This weekend, Busch Stadium will welcome back the most notable employee its seen in its 13 years of existence.

It really is incredible that it's taken eight years for the Angels to play in St. Louis. Pujols has seen the Cardinals twice in Anaheim since he's left (where he's gone 4 for 24), but somehow inter-league scheduling hasn't sent him back to the city where he became a legend, until now.

There's no denying St. Louis' relationship with Pujols is complicated. However, this weekend should prove time heals all wounds.

When Pujols bolted for Anaheim, I'll admit, I was mad.

I'll never forget it. Me and a bunch of my classmates snuck out of Econ class in high school to get to a computer when we heard Pujols' decision had come down.

This was our guy. Our Musial. Our Gibson. Our Ozzie. He was supposed to be a Cardinal for life.

Kids adapted his batting stance, they never gave up their Pujols baseball cards and on most teams I was on, number five would go unclaimed. There was just too much pressure that came with wearing number five in this town.

Now, it's easy to look back on the whole ordeal in a much different light.

Not signing Pujols has been the best contract decision the Cardinals have made in the last eight years.

When the Angels signed Pujols to an insane 10-year $240 million deal after 2011, they were getting a guy who was never going to be quite the superstar he'd been in his first 11 seasons.

RELATED: Opinion | With the Blues winning the Cup, the Cardinals are officially put on notice

Since he's been in Anaheim, Pujols has never hit over .300 (he only had one season in St. Louis where he fell short), has only hit 40 home runs once (he had six seasons where he hit more than 40 in St. Louis), has only made one all-star team (he made nine in St. Louis) and has seen his health deteriorate, only playing in more than 150 games in half his season with the Angels.

He's 39 now, and still has two years on his mega-deal.

Oh yeah, the Angels are also paying Pujols $10 million over 10 years after he retires in a personal service contract.

Cardinals fans should be doing cartwheels Pujols didn't end up accepting their deal. It would've financially hamstrung the organization.

But now, as he's seemingly making history with every hit and home run, it is sad to see him doing it without the birds on the bat across his chest. It does hurt.

He was supposed to get a Musial-like statue outside Busch Stadium. Now, he'll likely have to settle for a retired number and perhaps a smaller statue outside the team store.

St. Louis fans have had time to heal though, and this weekend should be fun.

Cardinal nation knows that although it hurts, they dodged a bullet by not signing their hero. That's just the way it is.

It also helps that Pujols has played in three postseason games in the last seven years compared to 42 by the Cardinals (albeit none in the past three seasons).

Albert Pujols will always be a St. Louis Cardinal.

His time here didn't end the way we had all envisioned back when he was crushing homers off Brad Lidge in Houston or making throws on his back on the Busch Stadium dirt. But it was historic.

Albert Pujols is the greatest hitter I've ever seen, a future hall of famer and a charitable millionaire. 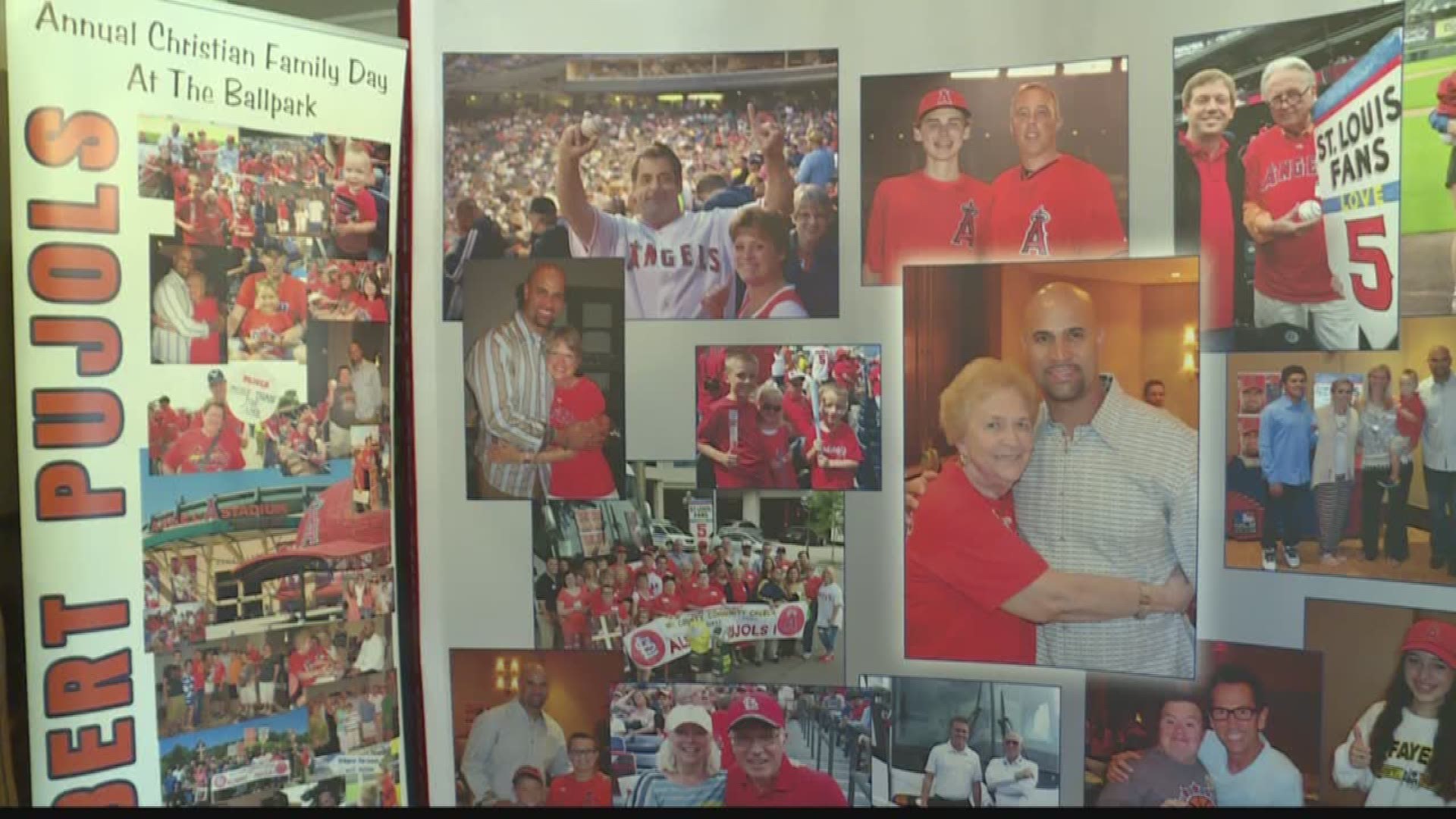 He had to go elsewhere to get his 10 year mega-deal, but it doesn't negate all the memories he gave us in St. Louis.

Let's celebrate those memories this weekend.

I don't see any way he makes it back to Busch Stadium in his career, so this is probably it until his number five joins the rest of the greats on the left field wall.

Let's remember how he left us in awe.

We were lucky to watch one of the best players in the history of baseball in his prime. Now we get a chance to let him know how much we appreciated it.

I expect the ovation for Albert on Friday night will be one of the loudest moments in Busch Stadium III history.

I also expect he'll let his emotions get the best of him. Not only did we love him, he loved us and our city, and still does.

He and Yadi will probably share a moment at home plate, and make us think it's 2006 all over again.

Albert Pujols wasn't another Stan Musial for St. Louis. That's fine, nobody really ever could be anyways. But he's still ours to celebrate.