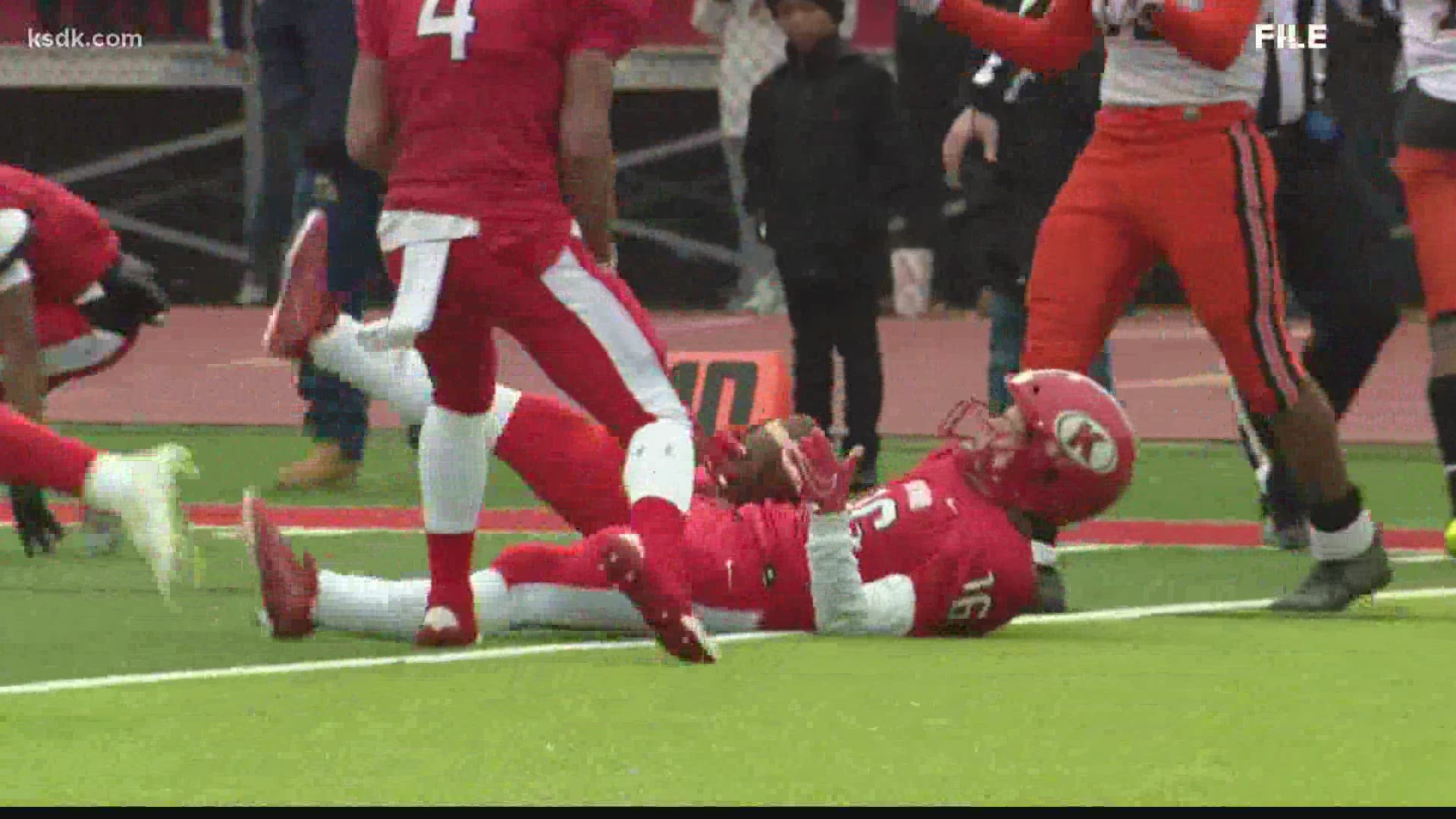 KIRKWOOD, Mo. — The oldest high school football rivalry game west of the Mississippi River will not be played in 2020.

On Friday, Kirkwood announced its annual "Turkey Day" Thanksgiving game against Webster Groves would be canceled this year due to the ongoing COVID-19 pandemic.

The Kirkwood program already had to forfeit its first-round playoff game because of COVID-19 concerns within the team but was still hopeful to play the annual Thanksgiving rivalry against Webster Groves.

5 On Your Side also learned Webster Groves was forced to end its season on Friday and forfeit to Oakville because of COVID-19 concerns within the Statesmen program.

It comes with a lot of disappointment that we have to make this announcement. Thank you to the BOE, Central office, High School administration, coaches and players for giving us an abbreviated season.@kwoodschools @AhmadHicksTV @DavidSTLhss @FSPrepZone @hssportscaravan pic.twitter.com/rXfiulgEuy

In a release, Kirkwood said canceling the Turkey Day game was a joint decision by both schools to end their seasons Friday due to growing COVID-19 cases and quarantines which have caused limited practices over recent weeks, and more safety concerns.

We are sad to announce that announce that there will not be a Turkey Day Football Game this year. See below announcement. @DubGFB @WebsterGrovesHS pic.twitter.com/trmbO66m29

2020 would have been the 112th time the two schools have met in the battle for the Frisco Bell. Webster Groves leads the series of all games 54-50-7, but Kirkwood has the lead in Turkey Day games with a record of 43-37-5. The Pioneers would have been going for their eighth straight Frisco Bell in 2020. 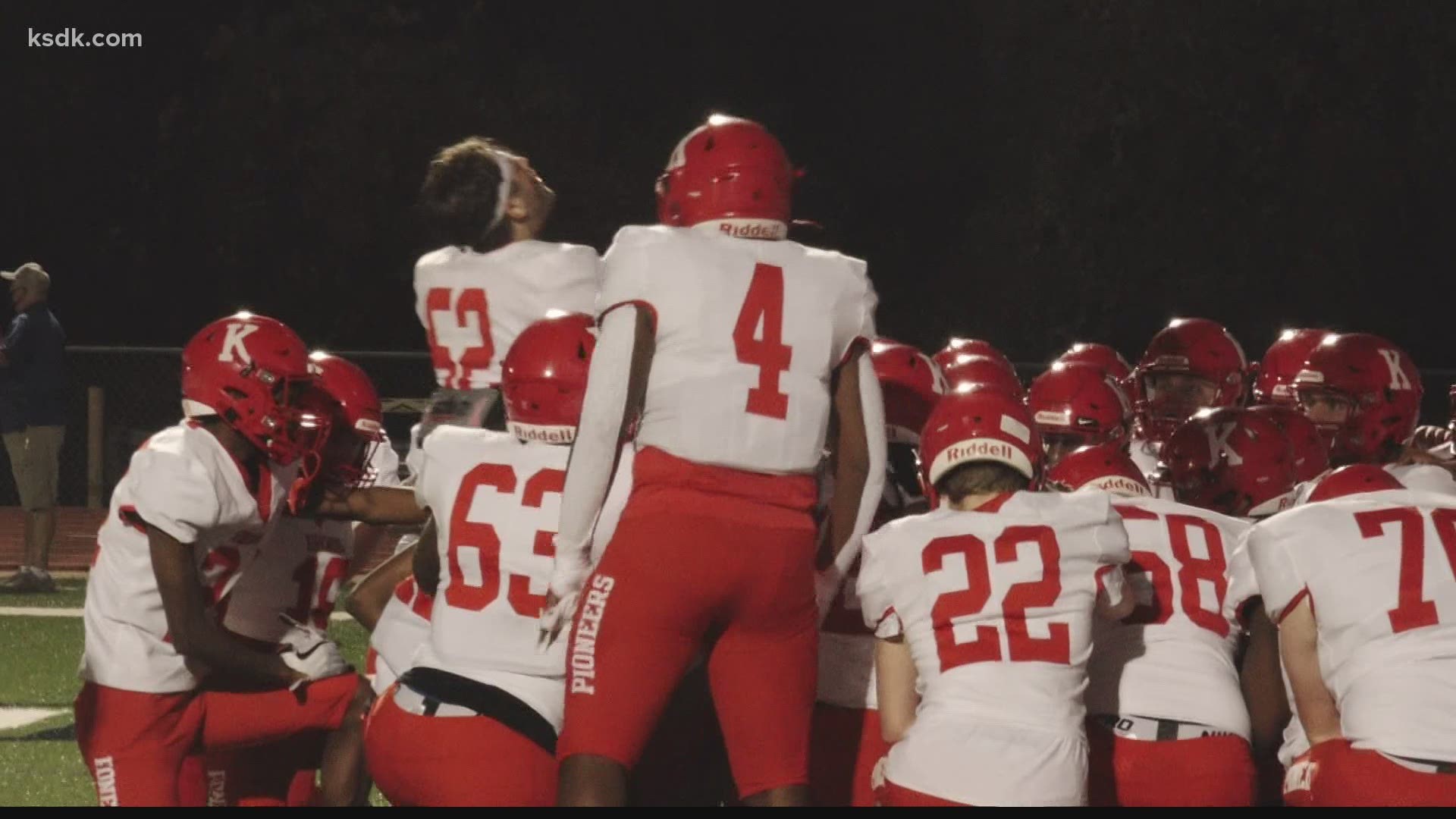