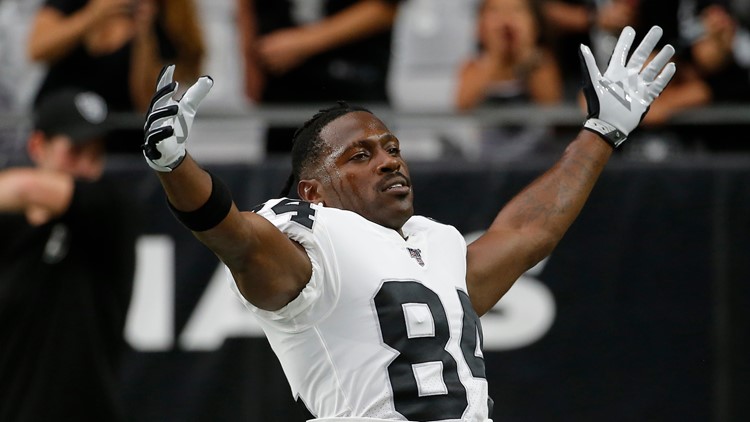 The epitome of disappointment, Antonio Brown redefines bizarre with his Oakland tenure

ST. LOUIS — The national drama continues for Antonio Brown, part-time top 5 receiver in the NFL and full-time problem child for the Oakland Raiders.

Oh, wait, Brown isn't a Raider anymore. He was released today, per his request. According to Adam Schefter just minutes ago, the New England Patriots are welcoming Brown in with open arms for a cool $15 million, with a $9 million signing bonus.

The latest move in a series of dizzying and perplexing back and forth measures taken by a perennial All Star football player and his employer. Brown walked away from $30 million in guaranteed salary for ... peace of mind and a Patriots jersey? No one knows what's going on with him, but I will still find room to complain about his lack of accountability and responsibility to a contract.

Here's another thing. I crave football drama like I do a hot cup of coffee at the crack of dawn. Since my interest in the actual sport has waned over the past few years, I soak all the worth out of drama-fueled shows such as HBO's Hard Knocks and off-the-field controversy.

If you can't pick a team and don't like the sport, just befriend the drama that follows these divas that are also called athletes around.

The past few weeks have been one issue after another for Oakland and Brown, the receiver they traded a couple of draft picks for, sweetened his existing contract, and brought him in with high hopes. The problems started quickly and came relentlessly. 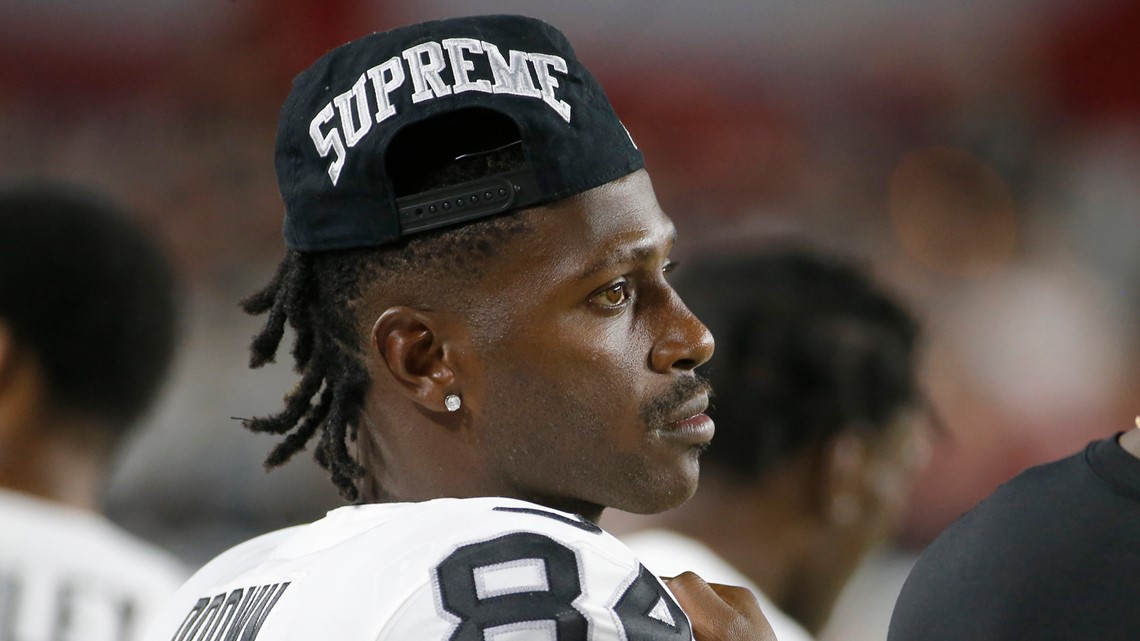 Oakland Raiders release WR Antonio Brown
ALAMEDA, Calif - The Oakland Raiders have released disgruntled star receiver Antonio Brown before he ever played a game for the team. The Raiders announced the decision Saturday, hours after he requested his release in the latest turn in a dramatic first summer with the team. Oakland opens its season Monday night.

At first, it was a cryotherapy session gone wrong that left Brown's feet frostbitten and nasty. Once those started to heal, a helmet controversy took shape. Apparently, the wide receiver just got the memo that the helmet he had worn for ten years with the Pittsburgh Steelers was no longer allowed in the league.

The NFL is trying to impersonate a league that cares about its players, so they are updating the equipment. This didn't sit well with Brown, so he sat out a few practices. The feet healed, he returned, but the helmet issue endured, so he sat out some more.

What has unfolded over the past couple of weeks, at least according to the HBO show, is a bizarre type display of acceptance, love, and then instant isolation and animosity from Brown. He's in camp, smiling with teammates, mixing up Gatorade concoctions, and sprinting around the practice field. The next episode, he's nowhere to be found and brooding heavily in a slow-motion walk to his sports car.

Throughout the whole mess, head coach Jon Gruden remained stubbornly loyal to Brown while General Manager Mike Mayock has grown increasingly angry. This set off a rumored war of words between the GM and player this past week, threatening a suspension and a $200,000-plus fine.

It seemed like cooler heads had prevailed, but the bizarre didn't get far on foot. Brown released a two-minute documentary-type video on his Youtube page of his training and at home with family while a phone conversation with Gruden plays out in the background. Suddenly, a football player turned into an aspiring Sundance filmmaker. The video showed an exasperated Gruden desperately trying to get Brown on the field for Monday's season opener, but the wide receiver wouldn't stop talking about being more than a player.

It's becoming quite clear why Pittsburgh parted ways with the physically gifted enigma who had some mileage left in the legs. Brown was becoming a problem slowly but surely, becoming more disgruntled and poisonous in the locker room, developing a feud with Ben Roethlisberger and much more. This is a whole new ball of crazy and wildly eccentric behavior for a guy who is rich and revered on the field.

Here's some advice for Brown. You're great, so just play the game. Every NFL player is someone else off the field, but it's a business, so honor your word. There are 53 guys on every NFL roster who have feelings, issues off the field, and have their own battles. They show up though. Look at Keelan Doss, the California native wide receiver who tried out for the Raiders and was cut last week. Let's ask him if he is more than just a football player.

This wasn't a team wronging a player. The Raiders stood by Brown throughout this mess, deflecting the opportunity to muddy their player's name, remaining loyal and patient. That expires after a while, because games must be played and won. At a certain point, enough will be enough.

As a fictional catcher once told a young phenom pitcher, "Don't think, meat. It's only bad for the ballclub."

The question of him being unwell has been broached, both seriously and for a fair amount of jokes. I'm not buying that at all. I don't think this is a result of a sudden drop in a man's sanity; Brown simply wants to hog the attention, demand special treatment, and drag this out. To be honest, we may never know what exactly is cooking in that head of his, but let's hope common sense is on the menu soon.

Every other player wears the updated helmets. Fall in line and prove your worth. Just catch, run, and win. Save this meaning of life and identity journey for the offseason. If the man wasn't uber-talented, he'd be hopeless when it came to getting another job this fall. However, there are some teams that won't no part of him. According to Herbie Teope, the New Orleans Saints aren't opening their doors.

Apparently, Bill Belichick likes a challenge and will take the problematic Brown and his circus on.

Here's why. When he's out there lining up, few are better at his position. Antonio Brown has accumulated at least 1,284 yards in each of his last six seasons, catching at least 101 passes during that span as well as 67 touchdowns. He's very, very good. Gruden looks at him like a piece of candy that hasn't been unwrapped yet. The man could have single-handedly won the Raiders at least 3-4 games by himself.

That is not to be, but there's still time to fix this problem in New England. The best coach and quarterback sure won't hurt. Brown will have to rebuild trust with the Patriots. A suit won't be able to repair what has been broken between league and player. So do us all-or at least your upcoming fantasy football owners-a favor, Antonio: play ball.

Let this be a lesson to all young ballers. When it comes down to it, a team is more important than one person. A contract is your bond, a sign of trust that should be honored.

If there is a sad thing here, it's the merry-go-round of nonsense. What a disappointment. I love some good old fashioned NFL drama, but even this is too much for my stomach. Hopefully it's over.

Next time, Antonio, just do this. "I don't want to play for the Oakland Raiders." Be honest, dude.