Are the 2004 Cardinals the best team we've ever seen?

They won 105 games, fell just short of a title and might boast four hall of famers some day. But were the 2004 Cardinals the best team we've ever seen in St. Louis? 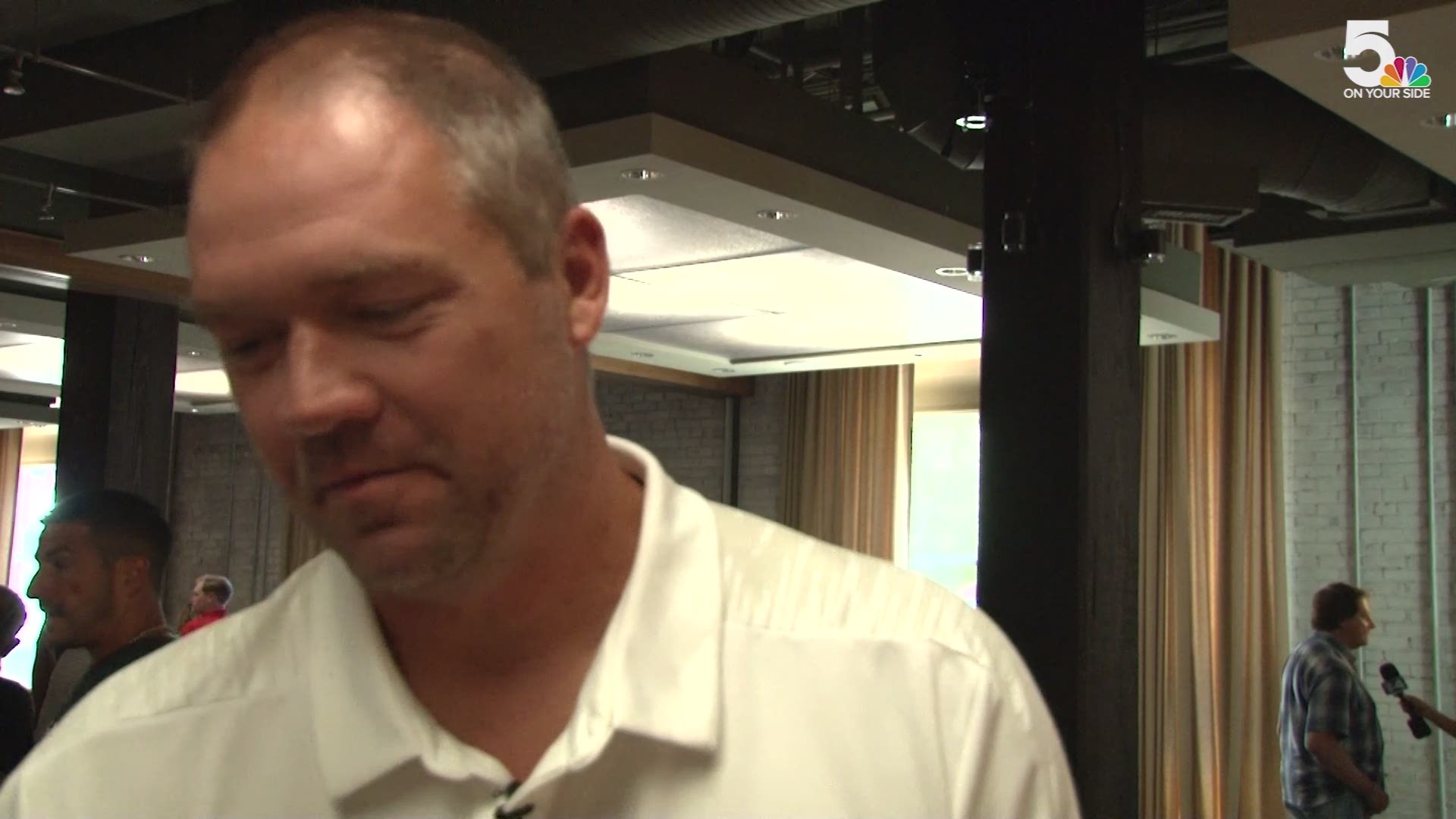 Alright Cardinals fans, it's ok to admit it. Overall, we've been spoiled by some really good baseball over the past 20 years.

Since 1999, the Cardinals have only missed the playoffs seven times. (The Red Sox have missed out nine times since then and the Dodgers have sat home in October in ten of those seasons)

Although it maybe hasn't felt like it lately, the past two decades have been pretty darn good in St. Louis.

This weekend against the Astros (appropriately), the Cardinals will honor and remember the most talented team of that time period, and quite possibly the best team in franchise history.

The 2004 Cardinals were an absolute juggernaut.

If the 2004 team had a World Series trophy to show off, I don't think it'd even be a contest when it comes to determining the best Cardinals team of all-time. Tony La Russa and company ran into history in the 2004 World Series against Boston. Fate was on the side of the Red Sox, and nothing was going to stop them from breaking the curse of the Bambino.

RELATED: Giovanny Gallegos is becoming the biggest weapon in the Cardinals bullpen

Just because that team didn't win the whole thing though, doesn't mean they should be forgotten.

The 2004 Cardinals won 105 games. That's tied for second most all-time in club history. They also scored 855 runs. Only two other Cardinals teams since 1930 have done that.

From a pure talent perspective, the 2004 team has to be looked at as one of the best.

Let's take a look at the position players first.

The only member of that star-studded lineup that was never an all-star is Mike Matheny.

They lived up to their nickname, too. In the 2004 NL MVP balloting, Pujols, Rolen and Edmonds all finished in the top five.

Rolen didn't hesitate when asked if that '04 team was the best he had ever played on.

"Number one," Rolen said at the 2004 15 year reunion. "All due respect to '06 when we won the thing. Talent-wise, camaraderie, our wives hanging together, we're freinds off the field... it was a group of professionals that came to the ballpark to do their jobs."

Right fielder Reggie Sanders, who for my money is one of the most underrated players of the past 20 years, was a great addition to the already potent lineup slugging 22 homers and driving in 67 runs in 2004.

"I thought winning the World Series in 2001 was the best team I was ever a part of, but I would have to say the 2004 Cardinals was probably the best team I've ever been a part of," Sanders said during the 15-year team reunion.

Edgar Renteria is probably the best offensive shortstop in Cardinals history (although Paul DeJong might have something to say about that soon), and made sure his last year in St. Louis was one of his best.

Even second baseman Tony Womack, in his lone year in St. Louis, was at his best. Womack's 3.3 WAR was fourth highest on the team that season after the "MV3".

And that's just the offensive component.

Combined, the 2004 starting lineup owns 24 gold gloves. 24! Not to mention the 16 on the "bench" between Larry Walker and Yadier Molina.

Let's talk about that bench.

The 2004 Cardinals didn't just have a potent lineup, though. Their bench was extremely deep, especially in the outfield.

An in-season trade for veteran Larry Walker was the Cards' biggest move of that season. Even though Walker doesn't have the majority of starts among outfielders for the entire season, you can never really consider him an actual bench player. Walker played 44 games for the Cardinals down the stretch, taking over a starting role, and hit 11 home runs while driving in 28.

RELATED: Opinion | Trading Carlos Martinez would be a mistake by the Cardinals

John Mabry and So Taguchi were above-average options off the bench as well. Both hit over .290 and played key roles on the pennant-winning club.

Oh yeah, there was also a fresh faced 21-year-old Yadier Molina in his first major league season backing up Mike Matheny behind the plate. Molina hit .267 in 51 games, while introducing the world to his legendary defensive prowess.

When it's all said and done, this team could very well have four hall of famers on it.

Albert Pujols is a lock, Larry Walker is entering his last year on the writer's ballot and could be trending to induction, Scott Rolen is only in his third year on the ballot and has received a decent push and Yadier Molina is a pretty sure bet for enshrinement at some point.

RELATED: Examining the hall of fame case for Scott Rolen

RELATED: Let's end the Yadier Molina hall of fame debate before it begins

The 1967 Cardinals had four hall of famers as well (Brock, Cepeda, Carlton and Gibson). And the 1931 Cardinals had five (Bottomley, Frisch, Hafey, Grimes and Haines).

The pitching staff, while not overpowering by any means, was above average.

Matt Morris, Jason Marquis, Woody Williams, Jeff Suppan and Chris Carpenter formed a pretty good starting five, while anchoring a staff that was second in the NL in ERA.

The Cards starters that year still know they were a part of something special.

Watch: Jeff Suppan talks about the magic of 2004

"It might be number one," Suppan said at the reunion. "When you're going through it you don't really think about the numbers and those things, but the number that stood out the most was 105 wins. That's the second most ever... man, if we could've won a few more! It was probably the first time in my career where we all just kind of felt like hey, who's going to win today?"

"Number one. Number one by far," Morris said. "Talent-wise is one thing, but friendship is another. I think they go hand-in-hand for a good team."

The bullpen was also a strength for the '04 Cards.

So, what do you think?

Is the 2004 team the best Cardinals squad ever assembled? From a lineup standpoint, it's hard to argue against it.

Let's allow the hall of fame manager of that 2004 team have the last say.