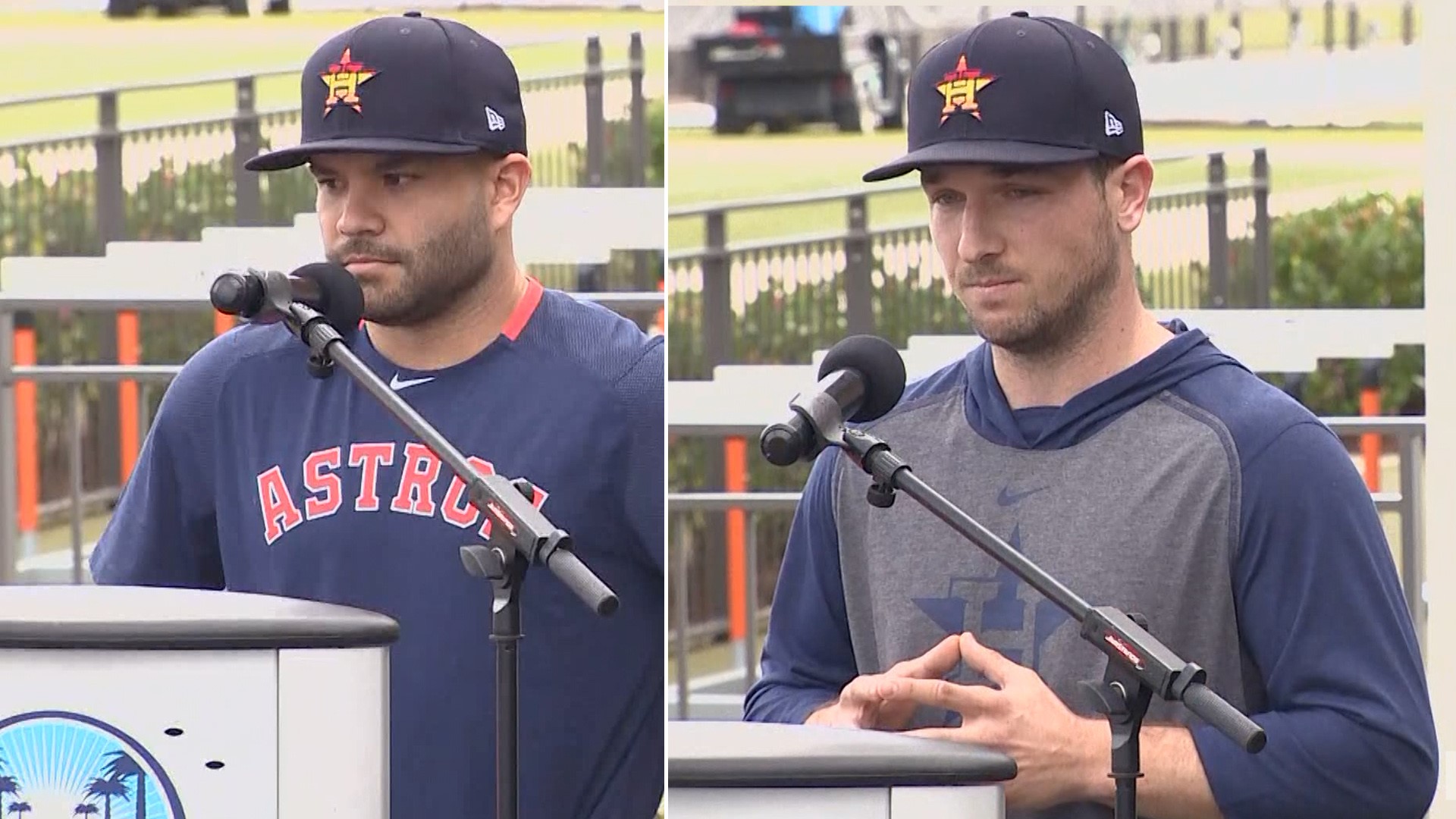 WEST PALM BEACH, Fla. — Baseball season is right around the corner, and with that comes a new chapter in the drama of the Astros' sign-stealing scandal.

Thursday morning, the eyes of the baseball world were squarely on the Astros spring training complex in West Palm Beach, Florida. That's where Astros owner Jim Crane, manager Dusty Baker and two players talked to the media at a press conference.

Alex Bregman and José Altuve each offered a brief apology for the sign-stealing scheme, which was investigated and punished by Major League Baseball.

"I'm really sorry about the choices that were made by my team, by the organization and by me," said Bregman. "I have learned from this, and I hope to regain the trust of baseball fans. I would also like to thank the Astros fans for all of their support. We as a team are totally focused on moving forwards to the 2020 season. Thank you.”

"We had a great team meeting last night," said Altuve. "And I want to say the whole Astros organization feels bad about what happened in 2017. We especially feel remorse for the impact on our fans and the game of baseball. Our team is determined to move forward, to play with intensity and bring back a championship to Houston in 2020."

The Astros clubhouse opened to the media following the press conference and several other players offered apologies, CBS Sports reported.

"I showed up (in an August trade in 2017) and once I spent time there and understood what was happening, I wish I'd have said more," Justin Verlander said. "Looking back, I can't go back. I can't reverse my decision. I wish I had said more and I didn't. For that, I'm sorry."

"No one put a gun to our head," Yuli Gurriel added. "It would be a lie to say that one or two people are responsible. We are all responsible."

"We cannot take back what happened"

When asked, Crane said he was assured by the players that, despite rumors and reports, buzzers were never used. He also said he has confidence in the findings of the official MLB investigation.

RELATED: How did the Astros sign-stealing scheme work?

“We cannot take back what happened,” said Crane.

Crane clarified his earlier comment that the sign-stealing "didn't impact the game," later saying it's "difficult to determine" if it impacted the game.

Baker said the team showed a great deal of remorse at their gathering on Wednesday night.

"Hopefully we can put this behind us and I hope we can learn from this and hopefully people can forgive us," said Baker.

You can watch this morning's entire press conference and Q&A in this Facebook Live provided by the Houston Astros:

Commissioner Rob Manfred disciplined the Astros after he found the team broke rules by using electronics to steal signs during its run to the 2017 World Series championship and again in the 2018 season.

(The Associated Press contributed to this report.)