Battlehawks football, Blues hockey, and Cardinal baseball? All in the same day. If only Stan Kroenke could notice how strong of a sports town St. Louis is

ST. LOUIS — Do you want to hear something inspiring, St. Louis? Today, there will be football, baseball, and hockey taking place with St. Louis sports names attached to them.

Before downtown can pick up from the remnants of a furious Mardi Gras celebration (take my word for it, I drove for Uber last night), there will be a tailgate outside the Edward Jones Dome, where the St. Louis Battlehawks will let fly their home opener.

That's the new XFL team in town just in case you've lived under a rock this winter. They are the team that celebrates wins with Bud Light Seltzers and brought winning football back to this city. There hasn't been a legit football tailgate downtown since the end of December in 2015. I'm sorry, Stan Kroenke, but football shall endure.

And in case you were wondering why I like to throw shade at the mustachioed owner of multiple sports teams, allow me to fill you in. On his road out of town four years ago, Kroenke said some awful things about St. Louis. Not only that, but they were untrue. In short, he said this wasn't a viable sports town. Wrong, sir.

I wonder if Stan notices what's happening today. Maybe not, but he'll get a note while he's sipping a gin and tonic in his mansion (he seems like a gin guy). Then again, he may be too bogged down in legal fees, incoming fines, and repeated cases brought against him by St. Louis and its former season ticket holders. He can barely climb out of the ring before another lawsuit hits his desk. "Hello, Frank" indeed.

The Cardinals will open spring training game #2 against the New York Mets while the Battlehawks take on the New York Guardians. Up in Minnesota, the Blues will try to stretch their dominant winning streak to four games with a win. If they do win, the Blues will move to three points ahead of Kroenke's Colorado Avalanche. How about a Battlehawks win and Blues win on the same day, just to stick it to Stanley?

Oh, Lord Stanley still resides in the Blues ownership until June, where they could just keep it in town for another summer. They went out and won that last year, filling The Enterprise Center for ... wait for it ... a road playoff game. They did that several times, and after collecting a Game 7 win over the Boston Bruins, the streets of St. Louis were stuffed with blue shirts for a parade that made the Arch look like the Iron Throne in medieval times. Not a sports town, eh?

The Cardinals won the National League Central Division, reaching the final four for the first time since 2013. On Saturday, Jack Flaherty struck hitters out and Tyler O'Neill hit a baseball halfway towards South America. Dylan Carlson looks like a Major Leaguer and Matt Carpenter collected a single to left field. I'm not kidding about the last part.

You see, it's one thing to pick up and move a football team. That's just business. But when Kroenke packed his bags, he made a big mistake; an inaccurate display of petulance that wasn't overly surprising, but still highly disappointing. I don't think he should ever stop being reminded of that foolhardy tactic.

A town with football taking place today. XFL may not pass everyone's respect test, but there are casual football fans wearing Ka-Kaw t-shirts and screaming Battlehawks these days. If you head down to the Ed Dome today, you'll see some passion. Some local pride. Oh, and that game is sold out.

What a beautiful time to be a St. Louis sports fan. A town that's resilient and just won't go away. 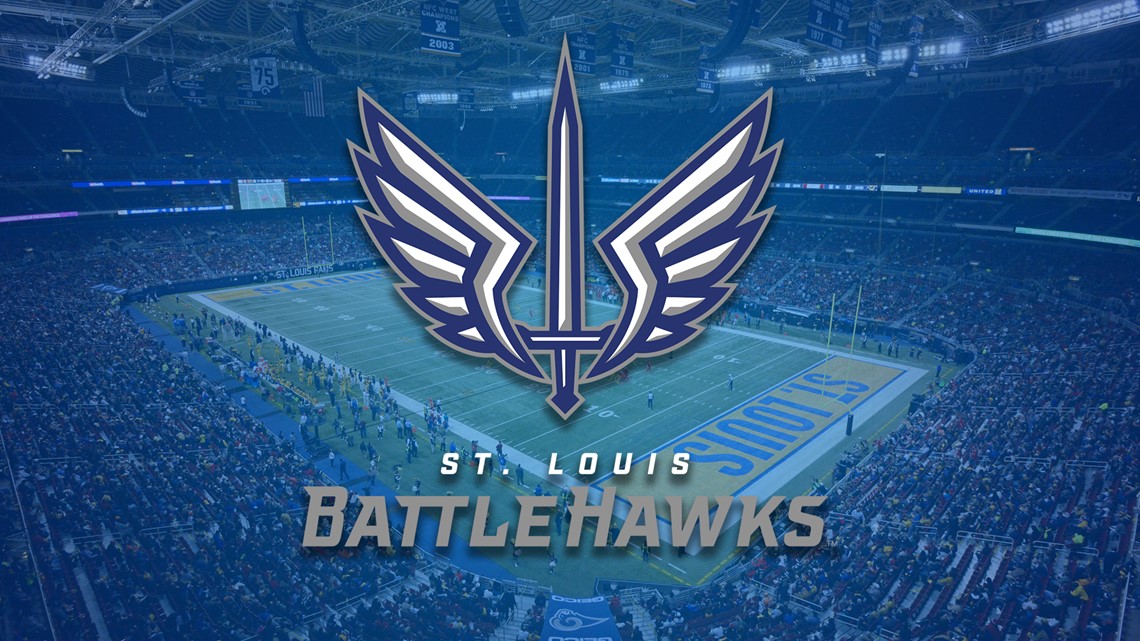 St. Louis Fans stick it to Kroenke selling out the dome for the Battlehawks home opener
ST. LOUIS - After nearly five years, there will finally be a home professional football game at The Dome at America's Center. You could say they've got the best selling merchandise of any team, sold out the lower bowl of the dome and have one of the biggest followings of any XFL franchise at this point.

Ritenour Huskies prepares to take on the Lindbergh Flyers tonight