Baseball’s on hold, so we’re playing the Cardinals schedule on MLB 20 The Show

We're missing baseball at 5 On Your Side... So, we decided to go make our own games! Follow us as we play through the Cardinals' season 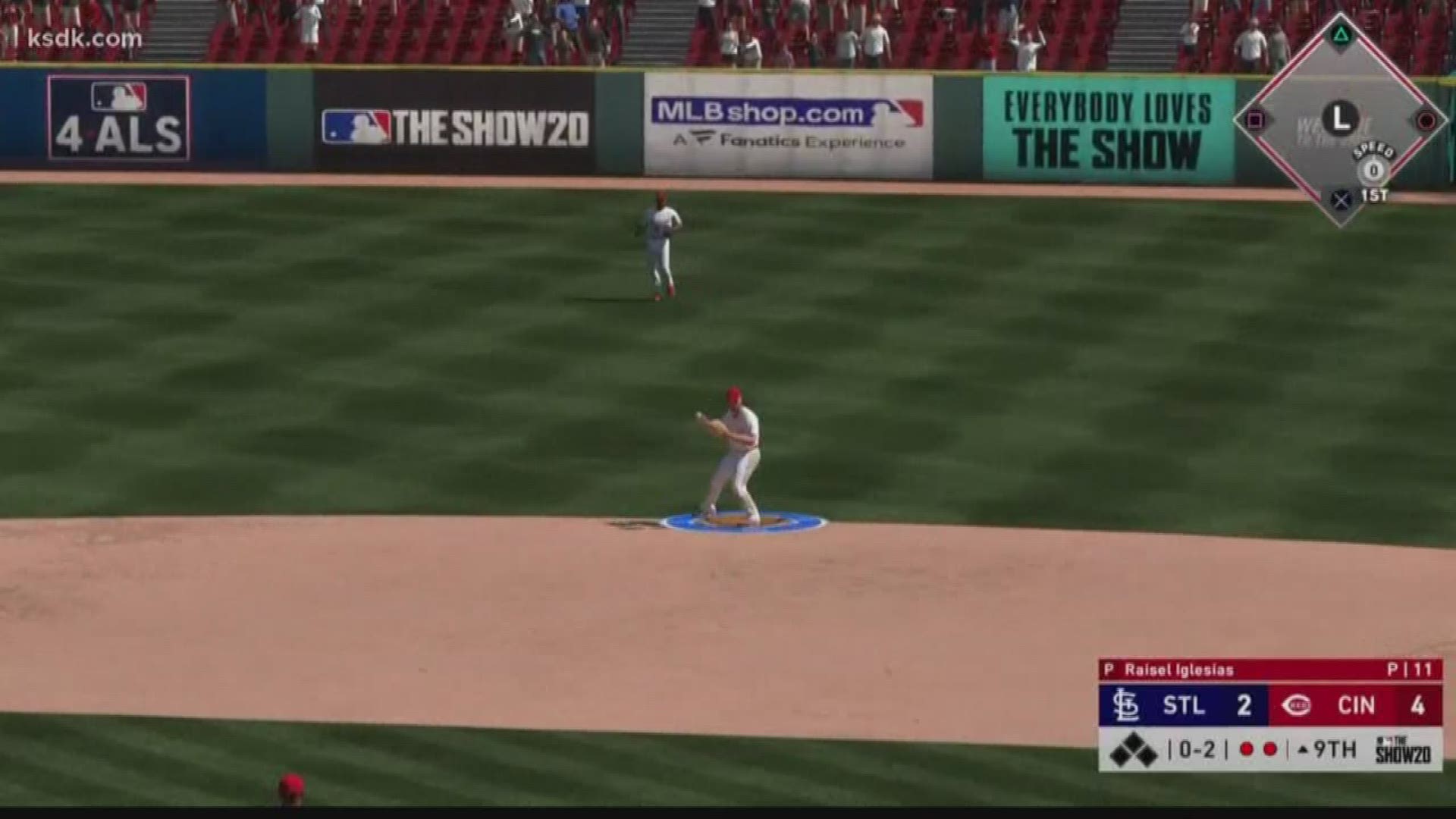 ST. LOUIS — We don't know when we'll get baseball back in our lives, so 5 On Your Side Sports is trying to fill the void.

Our Ahmad Hicks and Corey Miller are going to play each other through the Cardinals' schedule on MLB 20 The Show on PlayStation 4, until we get real baseball back in our lives.

You can check out our game recaps on YouTube, as well as in daily newscasts.

Ahmad won the coin flip, so he got to be the Cardinals for opening day against the Reds in Cincinnati.

Corey got off to an early lead with the Reds with two big home runs from Jesse Winker and Mike Moustakas, but Ahmad went on the comeback trail. His inside-the-park home run with Tommy Edman tightened things up. Corey and the Reds were able to hang on though, for the 4-2 victory, and Reds starter Trevor Bauer had 15 strikeouts in the contest.

Watch: Cardinals season in "The Show" - Cardinals vs. Reds on opening day

Do you play The Show, too? Reach out to Ahmad and Corey on social media. They're looking to get fans involved for games down the road.

RELATED: Instead of Cards vs. Reds, long-lost Rod Serling baseball comedy is on deck